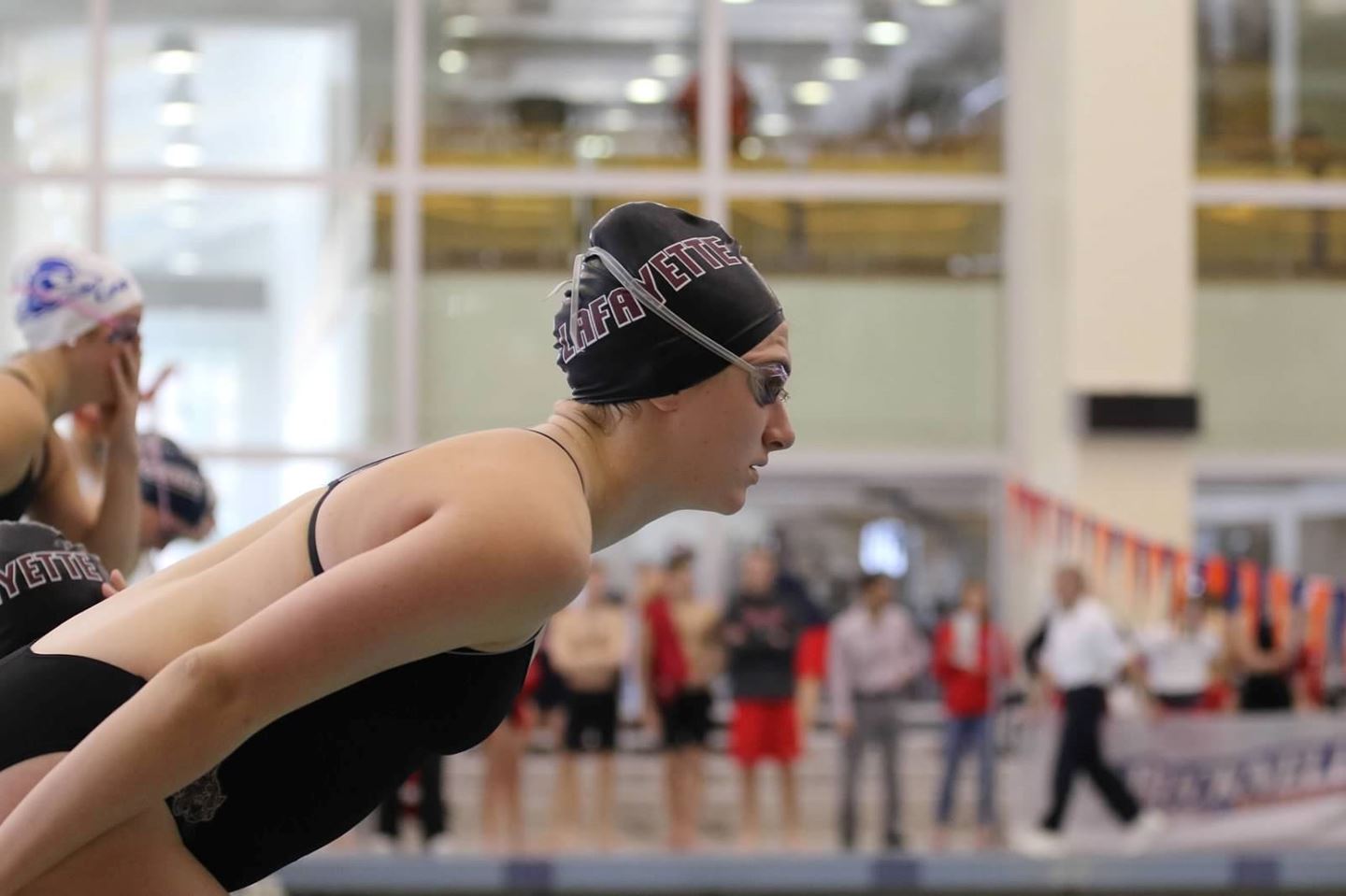 The swim and dive team had 19 all-time school top-10 performances at the Patriot League Championships. (Photo courtesy of Athletic Communications)

The Lafayette swim and dive team concluded their 2019 season at Bucknell this past week as they competed in the Patriot League Championship meet. Although the team didn’t make a splash on the leaderboard, they added 19 times into the Lafayette all-time top-10 finishes in school history.

The men finished out their portion of the meet with 126 points, landing them in eighth place in front of Holy Cross and Colgate, and falling to American by less than 10 points. The women’s team finished in last place, totaling 68 points in their four day meet.

For the men, the 200-yard freestyle relay team consisting of senior Kyle Doherty, junior Bryce Currie, and freshmen Taylor Duque Schumacher and Michael Gorgan earned 24 points, placing them seventh in the event with a time of 1:24.29.

Gorgon had two impressive performances for a total of five points for Lafayette. Gorgan finished 15th in the 100-yard breaststroke with a time of 56.73 which gave Lafayette two points in the event. He also added another three points with his finish in the 200-yard freestyle.

Freshman Justin Lloyd also recorded some points in the event with a 13th place finish. These performances landed Lloyd and Gorgon on the all-time top-10 lists in Lafayette school history.

On the women’s side, all of the points came from strong relay performances. On the first day, the women racked up 36 points from the relay team of senior captain Faye Melekos, freshmen Elena Uttaro and Hannah Burlein and junior Anne Marie Mozrall after getting ninth in the 200-yard medley relay. Senior Julia Hall and freshmen Emily Wilson, Emily Richter, and Tara Leininger also earned 18 points with their performance in the 800-yard freestyle.

In the later days of the meet, the 400-yard medley relay team including Melekos, Utarro, Mozrall, and Wilson swam 3:57.73 placing them tenth overall to earn another 14 points. The 200-yard freestyle relay team of Wilson, Mozrall, Richter, and Hall finished ninth with a time of 1:37.03, scoring 18 points for the Leopards in the event, and bringing their point total to 68.

“The meet went really well. The girls team started it off breaking two records on the first night,” said Melekos. “I think the season went well overall. It took a bit of time for the girls to race in meets like they do in practice but they figured it out.”

Over the weekend, there were 19 all-time top-10 records placed in Lafayette history, including two each for Uttaro, Wilson, Lloyd, sophomore Tanner McFarland, Gorgon, and Doherty. Richter, Mozrall, Melekos, Leininger, sophomores Emma Piascik and Maya Imperial and freshman Lauren Lapsley also made their way into the record books.