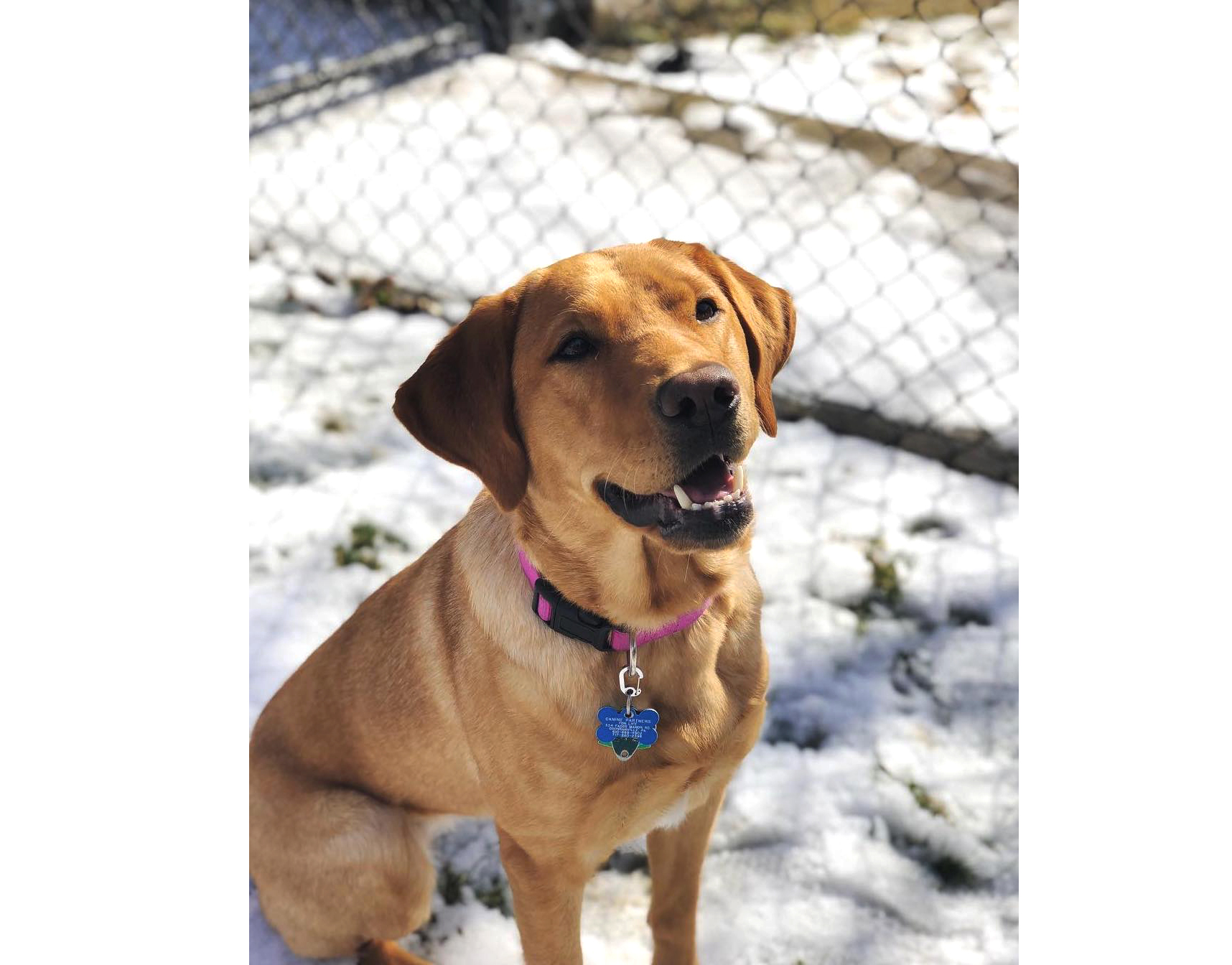 Vida, a 16-month old yellow lab, was welcomed to the Dog House last Friday. (Photo courtesy of @dogsofmonroestreet on Instagram)

The Dog House is currently home to Vida and seven-month-old Owen, a golden retriever and yellow lab mix that was welcomed last semester. Vida arrived this past Friday and both dogs will remain in the house until the end of the semester.

Vida is in her third and final section of training and will be placed in a position by Canine Partners for Life, a non-profit in Cochranville, Penn. The organization places professionally trained service and companion dogs with individuals with physical, cognitive and developmental disabilities.

Vida was raised primarily at the correctional facility SCI Muncy, as a part of Canine Partners for Life prison puppy raising program. Now that she is a member of the Dog House, the six residents are focusing on reinforcing commands and socialization, explained another Dog House resident, Erica Luing ’20.

“Because she was raised in a prison, she didn’t get a lot of real-world training that a lot of the dogs we raise get,” McManus explained. “We are doing stuff like bringing her to class, bringing her to the store, making sure she can work in more hectic environments outside of a prison environment.”

“We’re going to bring her to class a lot, she’s going to be out and about,” McManus added.

Vida is joining Owen for the semester as he begins his second and final semester in the house. Owen spent winter break in the correctional facility SCI Smithfield, Dog House resident Quinn Plante ’21 explained.

“He definitely learned more and he was really good the first week back,” Plante explained that Owen is falling out of his old habits. “He’s in this angsty teen phase, so he doesn’t listen. We are just working on reinforcing what he already knows and doing more training as well.”

“He’s a teenager, which is when all dogs learn to be independent and do their own thing,” Luing added.

McManus explained that they are still continuing on the same path with Owen as last semester.

“He may not look like it, but he’s still very much a puppy and we’re still doing a lot of the basic puppy training with him,” McManus said, commenting on how much Owen has grown over winter break.

The residents are looking forward to a fun semester with Vida and Owen. Luing explained that last semester was difficult working with two puppies that had little to no training.

“I don’t have to worry too much about constantly watching [Vida] and giving her treats,” said Luing.

“She’s an angel, I love her. She knows all her stuff, she’s really sweet,” Luing added.