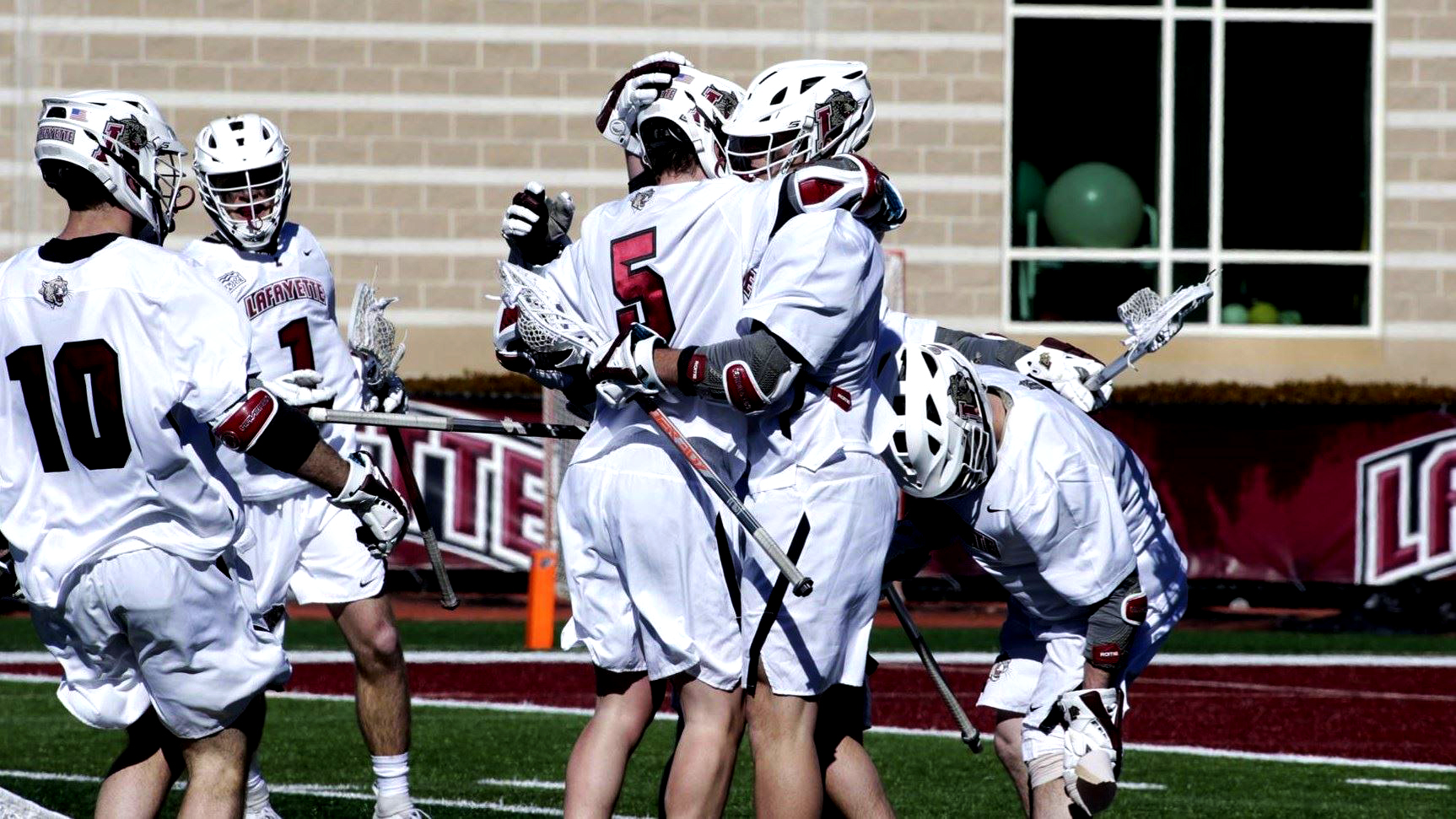 The men’s lacrosse team is off to their best start in nearly a decade, moving to 3-1 on the season and extending their win streak to three with road wins over Wagner and Manhattan this past week.

The Leopards’ newest players made waves against Manhattan, as freshman attacker George Enman scored four goals, all in the first half, to give the team a 9-4 lead at the break. Freshman goalie Ryan Ness made five saves, while sophomore midfielder Andrew Robbins tallied a game-high six ground balls and a forced turnover to anchor the defense.

Freshman midfielder Cole Dutton recorded another multi-point effort with two goals and an assist, while senior attacker Conor Walters found the back of the net twice. Sophomore midfielder Bryan Hess notched two assists and a goal, and senior midfielder Connar Dehnert scored once to round out the offensive effort. Dehnert has now scored nine goals during the Leopards’ three-game winning streak.

Lafayette dominated statistically, outshooting the Jaspers 41-22, holding the advantage in ground balls, 35-21 and committing five fewer turnovers than Manhattan. The Leopards also won the face-off battle, grabbing 13 of the 20 opportunities.

In the Wagner game, the Leopards used a second half surge to erase a halftime deficit on their way to a 13-10 win. Dehnert was one of three players with a hat trick, and attempted a game-high 11 shots. Robbins tallied a hat trick on eight shots, and Hess chipped in an assist as well as his own hat trick to pace the offense.

Walters had a goal and two assists and picked up a pair of ground balls, while sophomore defender Pat Tully caused a game-high three turnovers and grabbed five ground balls to help the Leopards outscore Wagner 6-2 in the second half. Lafayette held a 40-31 advantage in shots and narrowly edged out the Seahawks with 13 face-off wins compared to Wagner’s 12.

With a number of freshmen and sophomores making a big impact, head coach Pat Myers credited the guidance of the older players and noted that the younger players are “a product of their environment.”

“They have great mentors and leaders with the older guys, and they show up ready to work hard every day,” Myers said. “They certainly have their ups and downs, but I do believe strong leadership within the locker room allows the younger guys to adjust quickly on and off the field.”

Next up for the Leopards is a home matchup with Binghamton University on Saturday, Feb. 23, at noon.