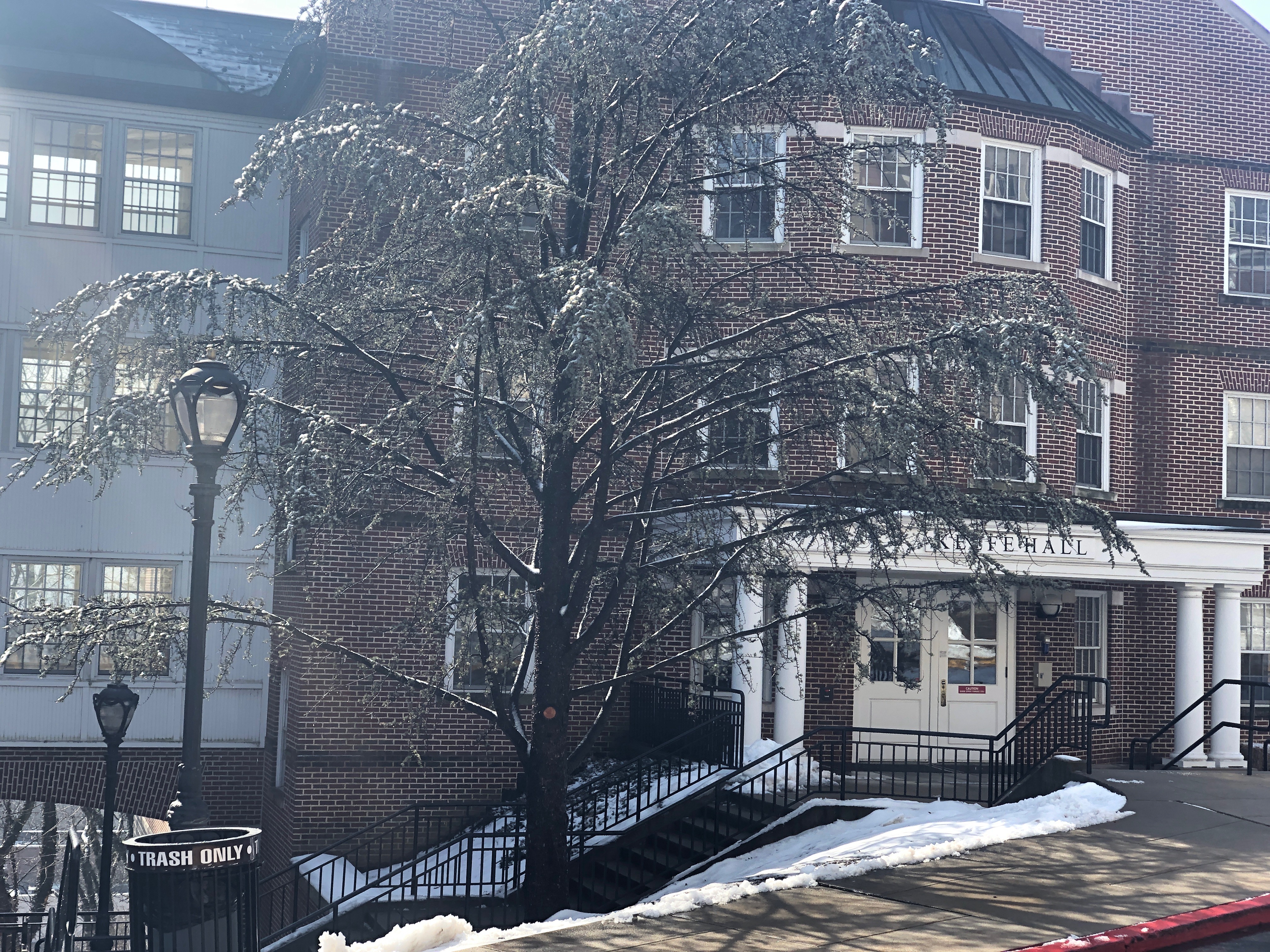 Keefe Hall is the sight of three reported burglaries which prompted a timely warning from public safety to campus. (Photo by Mario Sanchez ’21)

A rash of burglary reports in Keefe Hall led to Public Safety sending out a campus-wide warning notice on Monday. The timely warning sent out by Public Safety was required under the Jeanne Clery Act, named after a Lehigh Student who was murdered in her residence hall in 1986.

According to Public Safety Director Jeff Troxell, the initial report was made by phone, and additional reports were made by two other Keefe residents after the officers arrived on the scene. All of the items were of low value, according to Troxell, and were taken from students’ dorms.

The three students who reported the burglaries spoke with The Lafayette anonymously while the investigation is ongoing. They estimated the total value of the stolen goods at $179.

Troxell did not comment on whether the burglaries had all taken place on a single floor of Keefe.

“[The reports] all came in at the same time,” he said. “Same building, different locations.”

The students who made the initial burglary reports noted that they first thought the stolen items had been misplaced. Last Friday, one of the students noticed an item missing from their room and decided to ask other Keefe residents if they were also missing anything. Over the weekend, the other two Keefe residents involved in the report determined that additional items had been taken from their rooms.

“For me it was such a minor thing that initially [I thought] I must’ve misplaced it, but I was baffled as to how or when I could’ve misplaced it,” said one student. “I wrote it off as an anomaly…until other friends said that stuff was missing from them.”

The students expressed satisfaction with the ongoing investigation, noting that Public Safety has been meticulous in interviewing the involved parties and gathering evidence.

The campus wide warning about the reports came as somewhat of a surprise to the students, who had not been alerted that the school would be sending out the message to the campus.

“I understand they have to uphold and abide by the law,” said one of the students.

According to the Clery Center, an institution is required to send out a timely warning when a crime included under the Clery law, within the college’s Clery geography, poses a “serious or ongoing threat to the campus community.”

“If it’s…one incident, [that is] maybe not a time where [a] warning is necessary,” Troxell said. “But when there are multiple [burglary reports] in the same location…a timely warning is justified.”

“[We’re] trying to prevent another burglary from happening,” he added.

The Clery Act requires the school to report on so-called Clery crimes in a “timely manner,” which can vary greatly from case to case, according to Troxell. The school will often wait to release the information until after confirmation of the crimes in order to protect the integrity of the investigation.

“We’re very cautious about…compromising the investigation,” said Troxell. “We want to solve the crime as best we can.”

“When we get pertinent information, that’s when we put it out to the community,” he added.

With the investigation into the Keefe burglaries ongoing, Troxell urges everyone on campus to continue locking their doors and keep their valuables secured.

“That would really help us out, if everyone would lock their door,” he said.