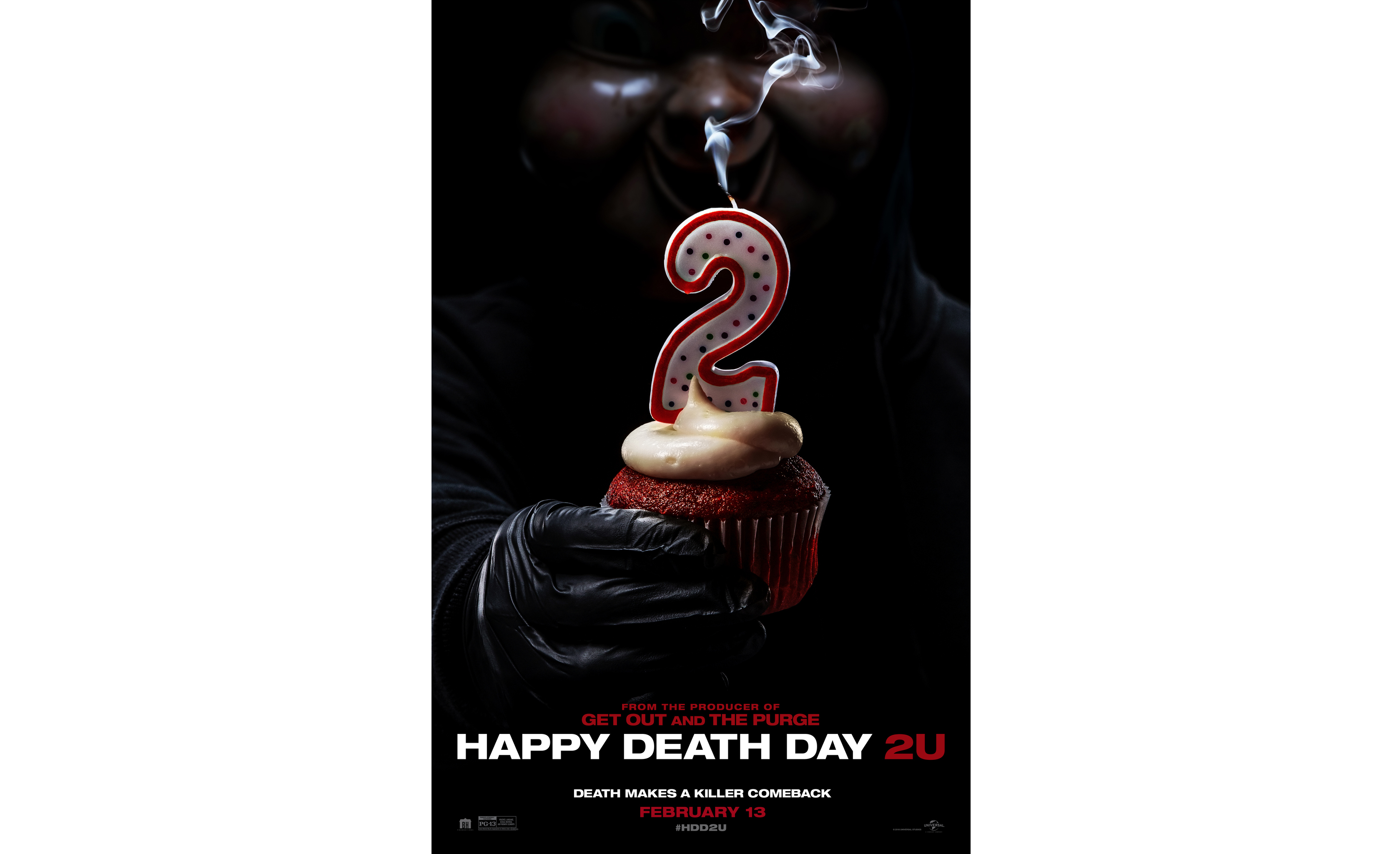 ‘Happy Death Day 2U’ takes too much from first film, creating a lack of originality. (Photo courtesy of IMDb.com)

Do you ever feel like you’re living the same day again and again…again?

Such is the plight of protagonist Tree Gelbman (Jessica Rothe) in director Christopher Landon’s “Happy Death Day 2U,” a genre-blending sequel that doesn’t quite meet expectations.

Produced by the illustrious Jason Blum (of recent “Get Out” fame), the film picks up immediately where its predecessor, 2017’s “Happy Death Day,” left off, where Gelbman had just escaped a deadly time loop in which she repeatedly relived the same day after being murdered by a masked killer every night.

Finally at peace and spending her first new morning with her boyfriend Carter Davis (Israel Broussard), Gelbman finds her world once again thrown into chaos when Davis’ nerdy roommate Ryan Phan (Phi Vu) bursts into the dorm insisting that he has already lived this day.

Shocked, Gelbman shares her story with Phan, who theorizes that an unauthorized experiment he had been running in the school’s quantum mechanics lab may be the cause of their shared temporal troubles.

From this oddball introduction, “Happy Death Day 2U” springboards into an entirely new territory.

While the film’s first act has its fair share of dimly-lit hallways and flickering fluorescent lights, horror is clearly de-emphasized on the whole. Instead, Landon leans heavily into sci-fi stylings and often straight comedy.

The tone of the film is notably lighter than the first “Happy Death Day,” with characters making references to “Inception” (2010) and “Back to the Future” (1985), and a prominent heist-style sequence in the film’s third act.

Yet, for all of this added style, “Happy Death Day 2U” is a film lacking identity. Rothe once again delivers a tremendous performance as Gelbman, but her efforts are wasted on a directionless screenplay.

The film seems more concerned with subverting the story of the first “Happy Death Day” than with offering any substantive ideas of its own. While the original film was no masterpiece, it put a creative twist on the slasher formula, and nothing in the new movie comes even close to matching the originality of its predecessor.

The end result of this is a movie that is as funny as it is aimless. It doesn’t really succeed as slasher, campus satire or science-fiction, but it doesn’t fail in any of these efforts either.

Instead, with the chance to meaningfully expand on the “time loop” premise of the original, a concept that seemed to hold real potential for “Scream” or “Cabin-in-the-Woods” levels of greatness, “Happy Death Day 2U” ends up as just another middling horror movie sequel.

This movie is smarter than your typical slasher flick, but not smart enough to justify its own existence.

If you loved the original movie, then “Happy Death Day 2U” might satisfy you, but otherwise it’s just a frustrating waste of potential.