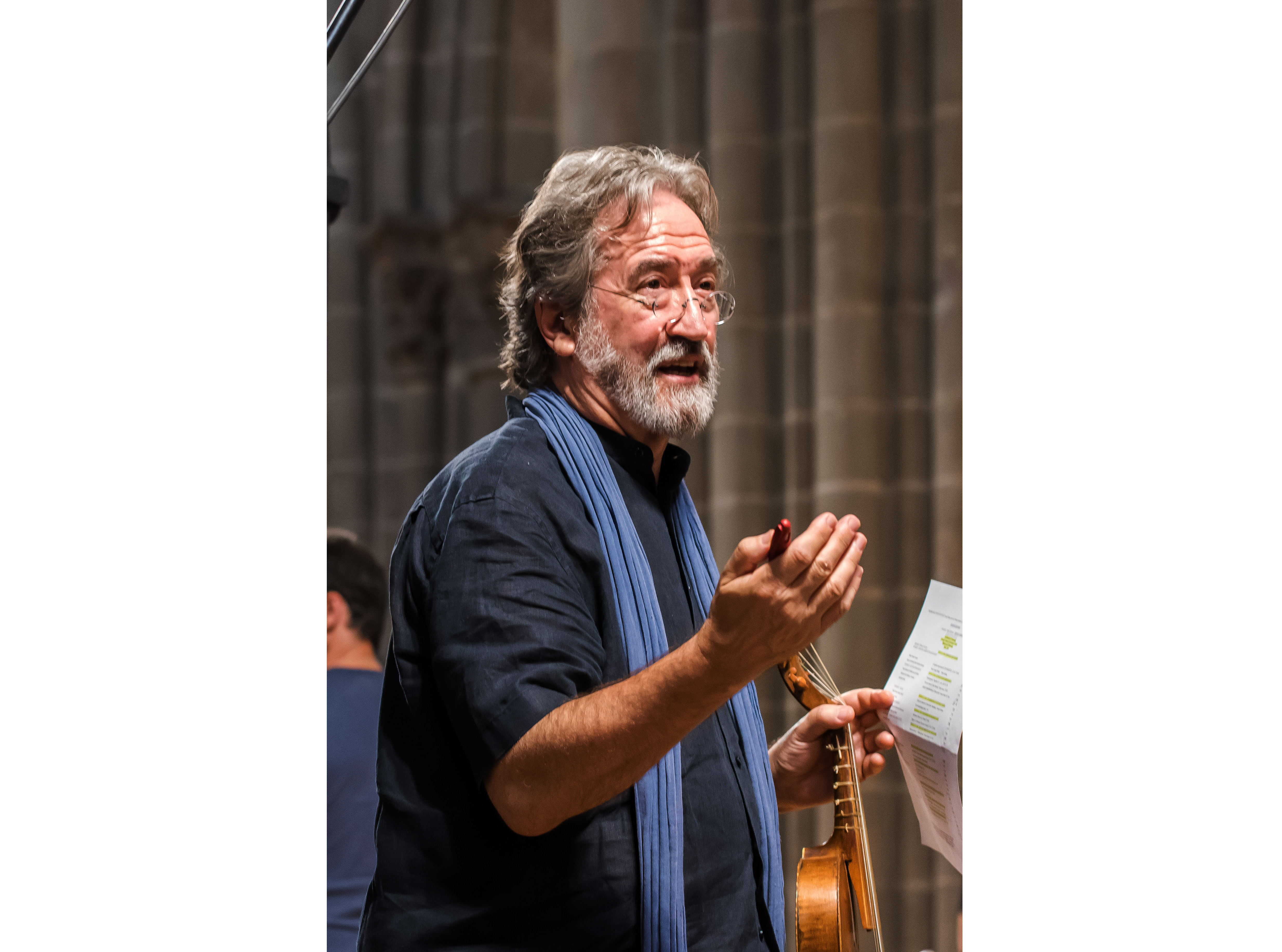 Jordi Savall and his orchestra, Le Concert des Nations, will perform tomorrow night at the Williams Center for the Arts. (Photo courtesy of Wikimedia Commons)

World-renowned musician Jordi Savall is bringing his modern musical reform to campus tomorrow. Savall’s approach to the studying and performing of music, along with his ability to play and compose, has led to him being awarded an esteemed French César Award for Best Soundtrack and a Grammy for Best Small Ensemble Performance.

The composer, conductor and gambist has spent his career reviving the music from past cultures and time periods. He was described by the New York Times as “a modern musician of another time.” Savall’s performance at Lafayette will celebrate both his technical and cultural contributions to modern orchestral music.

Savall and his orchestra, Le Concert des Nations, are going to perform an award-winning Baroque score from the 1992 French movie Tous Les Matins du Monde. Early Music America, an organization dedicated to promoting historically-informed performances, writes about Savall’s ability to encapsulate the culture of the movie with such precision and ease through the music of Baroque composers such as Marin Marais, Jean-Baptiste Lully and others.

Unlike most cultural musical revivals, Savall is insistent on retaining the authenticity of the period by performing on traditional instruments, including the viola da gamba.

Artistic and Executive Director of the Performance Series Hollis Ashby spoke to the importance and impact he has had on both modern and traditional music.

“He is arguably one of the world’s greatest musicians,” Ashby said, adding that “he is constantly unearthing new scores, music that has not been looked at in years.” After seeing Savall perform at the University of California at Berkeley, Ashby knew she wanted to bring his music to the college.

Savall’s Berkeley visits revolved around his musical exploration of the Baroque period as well as the music rooted in 15th century African Slave Trade. His program “The Routes of Slavery” spans four centuries and four continents, paying homage to the musical contributions Western Africa has had globally, according to Alliance Artistic Management.

Tomorrow at the Williams Center for the Arts, Savall is not just performing music from the Baroque period, but he is bringing the culture, sounds, sights and atmosphere to 2019, according to Ashby, who regards Savall’s ability to transform any room into a cultural time machine as “something to truly celebrate.”

In honor of Savall’s Baroque revival, the Williams Center has organized a Baroque Dance Workshop today led by Dr. Dorothy Olsson and Kaspar D. Mainz of the New York Historical Dance Company. The program is intended on preserving and popularizing traditional Baroque arts.