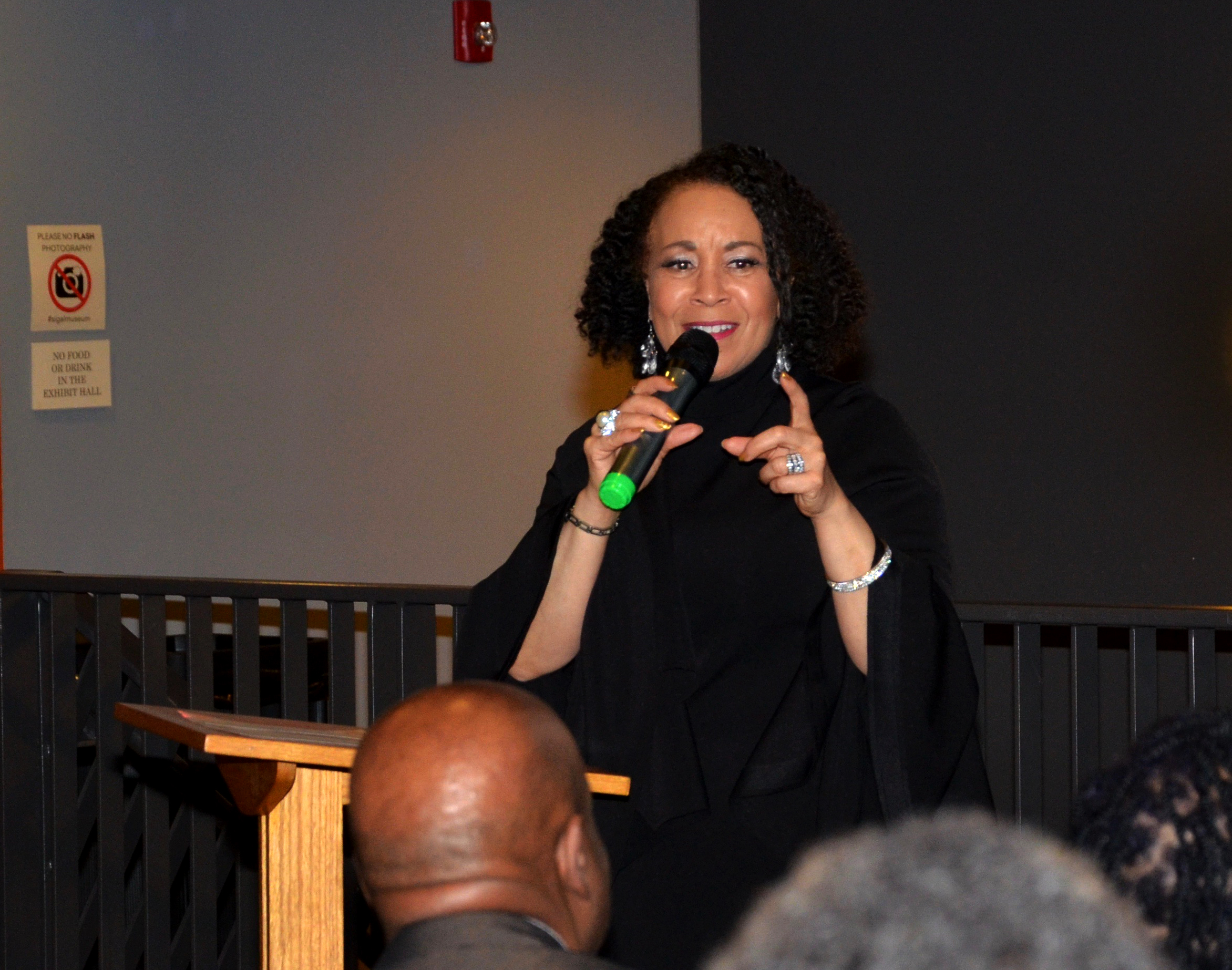 Some African American women, along with a couple men, recounted their experiences growing up in Easton from the early 1940s and onward as part of a yearly program that dedicates a platform for stories surrounding the black experience in Easton.

This year’s second part of the series, “A Celebration of the Black Presence in Easton, Part II: Sister Circle,” focused primarily on the achievements and experiences of black women, with topics including Lifestyle, Social Organizations, Health & Beauty, Athletics, Education and Religion.

The event was held at the Sigal Museum and hosted by Northampton Community College professor Karen S. Britt on Wednesday.

As a born and raised Easton resident, Britt shared some of her own stories and feelings about the black community in Easton.

“We also had community, where everyone kind of knew one another and it really even extended to Bethlehem and Lehigh Valley but particular in Easton, the support that you got from your community is vital.”

“I look in the room [and] there’s so many people that have influenced my life…and have supported me along the way,” she added,

Marjorie Beasley covered the Lifestyle part of the presentation. Her parents moved to Easton from Southern Virginia when they were around 14 years-old, and she was born in Easton Hospital in the 1930s. She recounted stories about WWII, as well as the streets she remembers most African American families lived, about food stamps that families were forced to get on the basis for need of money and the “diversified” schools and neighborhoods in Easton.

She was also childhood friends with Britt’s mother and aunts while they were growing up in Easton. “They were like big sisters,” Beasley said.

According to Britt, the Freedom Fund and the Easton National Association for the Advancement of Colored People (NAACP) banquet were the biggest events of the year while she was growing up. Katherine Bennett and Christine Swint, who focused on the Social Organizations part of the program, talked about how vital they remember the two banquets being while growing up.

The NAACP was founded on Feb. 12, 1909 after a race riot in 1908 that caused the brutal death of many African American people (such as lynching) in Springfield, Il. Although lynching and anti-black violence was common, “the Springfield riot was the final tipping point that led to the creation of the NAACP,” according to their website. In 1910, the NAACP established its national office in New York City. Years later, the NAACP Easton Branch formed in 1944.

According to their website, the mission of the NAACP is “to secure the political, educational, social, and economic equality of rights in order to eliminate race-based discrimination and ensure the health and well-being of all persons.”

Bennett has lived in Easton since she was 8-years-old, and she said she remembers her mother dressing up in gowns and going to the Freedom Fund Banquet, which is associated with the NAACP. “Never in my life did I dream that I would work in the banquet, but I had the opportunity to do so,” she said.

She said that Easton was busier in the 70s because people got around and knew each other, “you’d come downtown and knew who to visit, they had sidewalk sales and different things.” But even so, “the banquet was one of the highlights of the season. You started working on the banquet as soon as the other one was done.”

Even after people stopped buying gowns for the banquet, they still had to dress up because “what you wore was like what you thought of the banquet and the people in Easton and all around.”

“There was as many white people as there was black.” she said. Much like Easton itself, “it was a crowd of mixed people, and that’s [one of the things] I like about the banquet, because it wasn’t just for black people. It was for anybody that wanted to come,” she said.

In the late 50s, when the Easton NAACP had an equal opportunity movement to try to get African Americans employed in the Lehigh Valley, Beverly Hanna become the first black woman to be hired at the Easton Area Public Library from 1958 to 1960.

After graduating from school in 1962, she was employed at Dixie Cup Co. in the administrative office from 1962 to 1966 and was once again the first black person to work there.

“Being the first black person hired there….[was a little bit strange],” she said. After being introduced to other women that were working there,  as they “approached the cafeteria I could hear everybody talking…when the girls and I walked in the cafeteria it was just dead silence and everybody was just staring at me.” She added that she felt they weren’t just staring at her because she was new, but that they were shocked that she was black.

Jeanne Brown and Sharon Smith covered the Health & Beauty part of the presentation.

“I enjoyed Easton. I was born and raised here,” Brown said. “I am very proud to be one of the very first descendants [of people who came] to Easton in the 1700s.”

Brown said that through her experiences working with different organizations that dealt with women and young girls, she was able to gain experiences that would help her in the long run and move along to do better things, “always having children and youth in the forefront, and women as well,” she said.

Born and raised in Easton, Smith said that her parents were beauticians and some of the first black business-owners in Easton. She said her father reconstructed the basement by putting up panelling and painting the walls, which he then put in a washbasin for hair washing. He also built utilities tables for their irons, curlers, clippers and barber gears. Her parents juggled one to two jobs, six out of seven days of the week, with only Sunday off.

She said she learned how to do hair by sitting in the basement stairs and watching her mother style other people’s hair.

Elizabeth Houston, a now retired teacher of 10 years, shared her experiences in working in the Easton educational system and her connection towards her students. Although she wasn’t born in Easton, she visited from Georgia in 1956 with her family. She enjoyed the city so much that when she graduated high school, she moved there.

After graduating college and raising her children, a teacher she worked for, as a teacher’s aide, successfully persuaded her to seek a degree in teaching. Although she was hesitant at first because she “didn’t have it in [her] mind,” she decided to do it anyway. After graduating while her fourth child was on the way, she got a job as a teacher and taught for 16 years before retiring.

Houston said that Easton has a “powerful, powerful education system.” Before she retired, people didn’t seem to be as interested in education as they were when she initially started. She urged parents to “get involved with your [children’s education].”

At the end of the event, Karen S. Britt said she wanted the speakers or residents of Easton to feel free to donate any family heirlooms in order for the museum to collect stories of diversity for their upcoming exhibition next year.