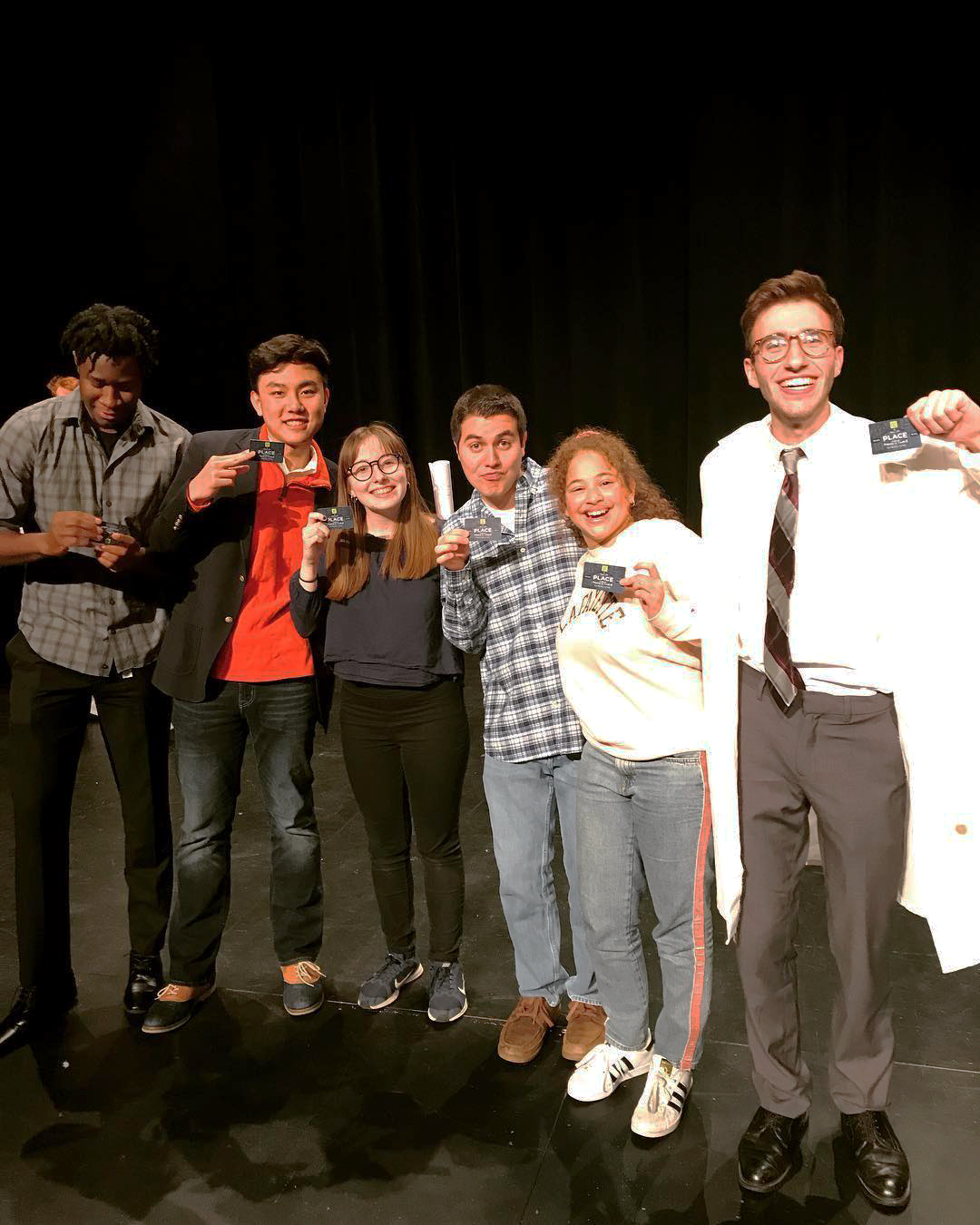 “Impulse” told the story of a girl who attempted suicide and reflected upon the good aspects of her life as she died, realizing too late that she shouldn’t have done it. According to Zhang, this was partly based off of Netflix’s “13 Reasons Why.”

DeVito said the play aimed to highlight the consequences of impulsive decisions and shine light on a topic that people may not often think about.

The goal of the contest was “to allow students who do not have the time to spend working on an entire production an opportunity to do theater and create new works in a short period of time,” Holzmann wrote in an email.
The guidelines of the competition included creating a 10-minute play within 24 hours and incorporating two words that students chose from a hat at random. The performances were held on Saturday night at the Williams Center for the Arts, where the three groups performed in front of an audience.
After the judges conferred and announced the winners, the winning team won gift cards.

According to Holzmann, 17 students in total signed up individually and were then divided into three different groups that shared different interests in terms of acting, playwriting and directing.

Judges of the competition were from both the college and Easton’s theater community. The judges ranked the plays based on four categories: how creatively the groups incorporated the two words they choose out of a hat at random, preparedness, cohesiveness and impact, Holzmann wrote in an email.

Watters and Zhang said that their teams’ “cooperation and talent” helped their play quickly fall into place after coming up with an idea.

DeVito said that the group was unexpectedly “emotionally invested” and worked really well together. The winning team said that they did not have expectations as an all-freshman group, but that they were impressed and proud of their own professionalism, hard work and talent.

“We did something a group of freshmen were not expected to do,” DeVito added.

Zhang said that he was excited to have participated in directing, a side of theater that he had never tried before.