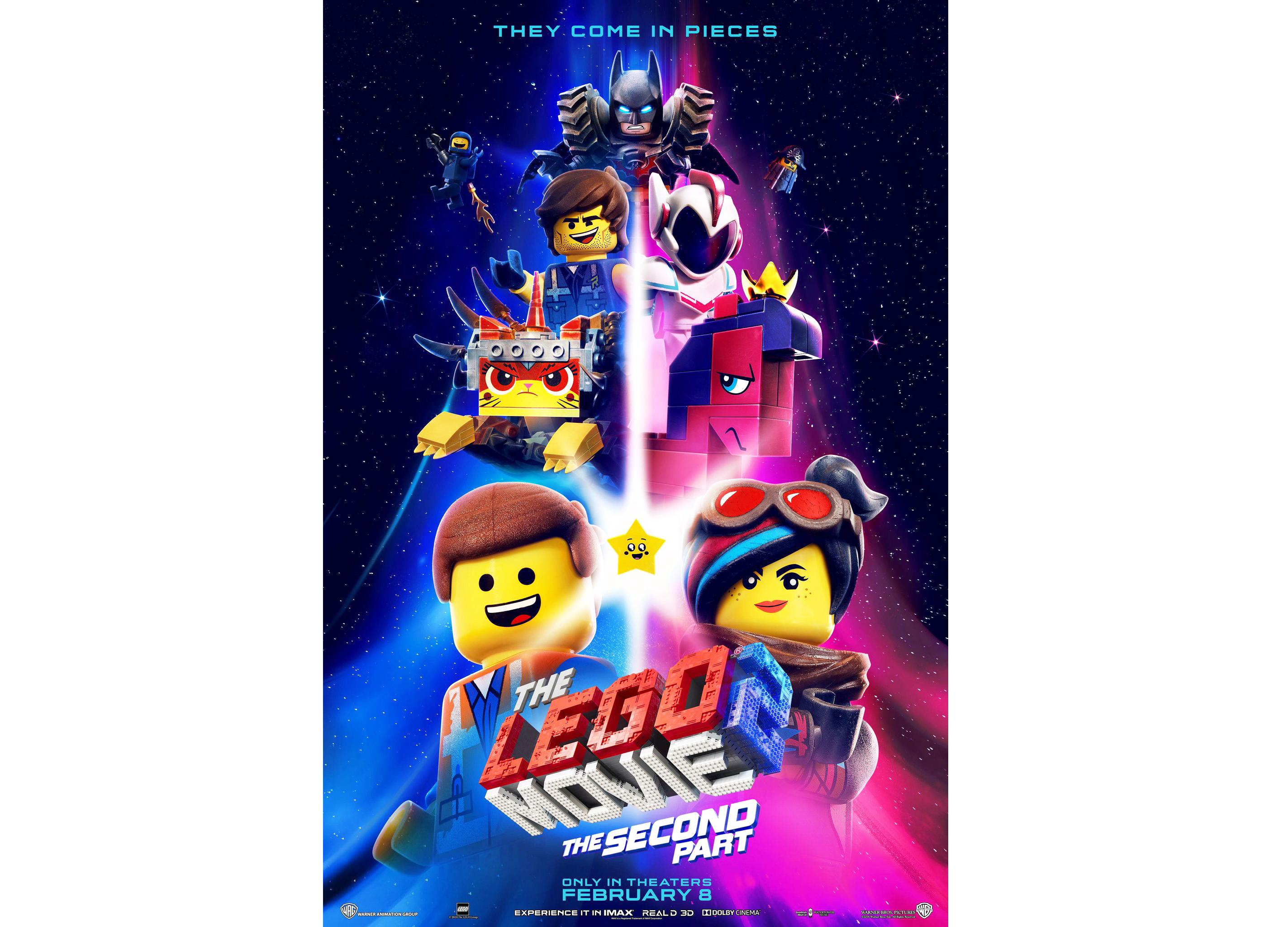 Although the cast of ‘The Lego Movie 2: The Second Part’ helps the film, it is ultimately predictable and forgettable. (Photo courtesy of IMDb.com)

In “The Lego Movie 2: The Second Part,” Lego-people return to theaters, but is everything still awesome? In short, not really.

“The Lego Movie 2” picks up five years after the first Lego Movie. Since then, the world has fallen into chaos due to the alien invaders who have arrived from the Sis-star system.The film stars Chris Pratt (Emmet) and Elizabeth Banks (Lucy). The main lego figurine, Emmet, refuses to grow up and can’t seem to accept the new world he’s living in.

To touch on some of the good aspects, the returning cast is just as stellar as the first movie. Pratt brings a certain lovability to the lead character of Emmet and Elizabeth Banks’ character has developed greatly, still working very well with Pratt’s. Additionally, the comedic writing styles of Phil Lord and Chris Miller are back! The duo wrote a script which cracks just enough jokes to keep you interested.

Sadly, “The Lego Movie 2” has a lot less going for it than its prequel. First off, the original Lego Movie came out of nowhere—no one expected it to be as good as it was. “The Lego Movie 2,” tries to play by the rules of the original, but fails to live up to its predecessor as it can’t seem to capture the same magic.

The original Lego Movie holds its cards tightly and waits till the end for the reveal of its greater real-world metaphor. While, “The Lego Movie 2” weaves the real world in throughout the story and by doing so, takes away from the plot.

From the start of the movie, you are going to pick up on the overall theme of the film because of its lack of subtlety in the message it wants to communicate.

In doing so, it will cause you to look at everything going on and try to relate to the messages being sent. You will do this while also focusing on the real world application going on at the same time. Once you start trying to relate to it, the efforts of the film become disappointing.

When the whole film wraps up, it “reveals” the obvious message it was going for, and it feels heartfelt just as the original did. However, unlike the first Lego Movie, the film as a whole ends up being quite forgettable.

There are certainly a lot of details like that to take into consideration. That is a great point to bring up. I offer the thoughts above as general inspiration but clearly there are questions like the one you bring up where the most important thing will be working in honest good faith. I don?t know if best practices have emerged around things like that, but I am sure that your job is clearly identified as a fair game. Both boys and girls feel the impact of just a moment?s pleasure, for the rest of their lives.