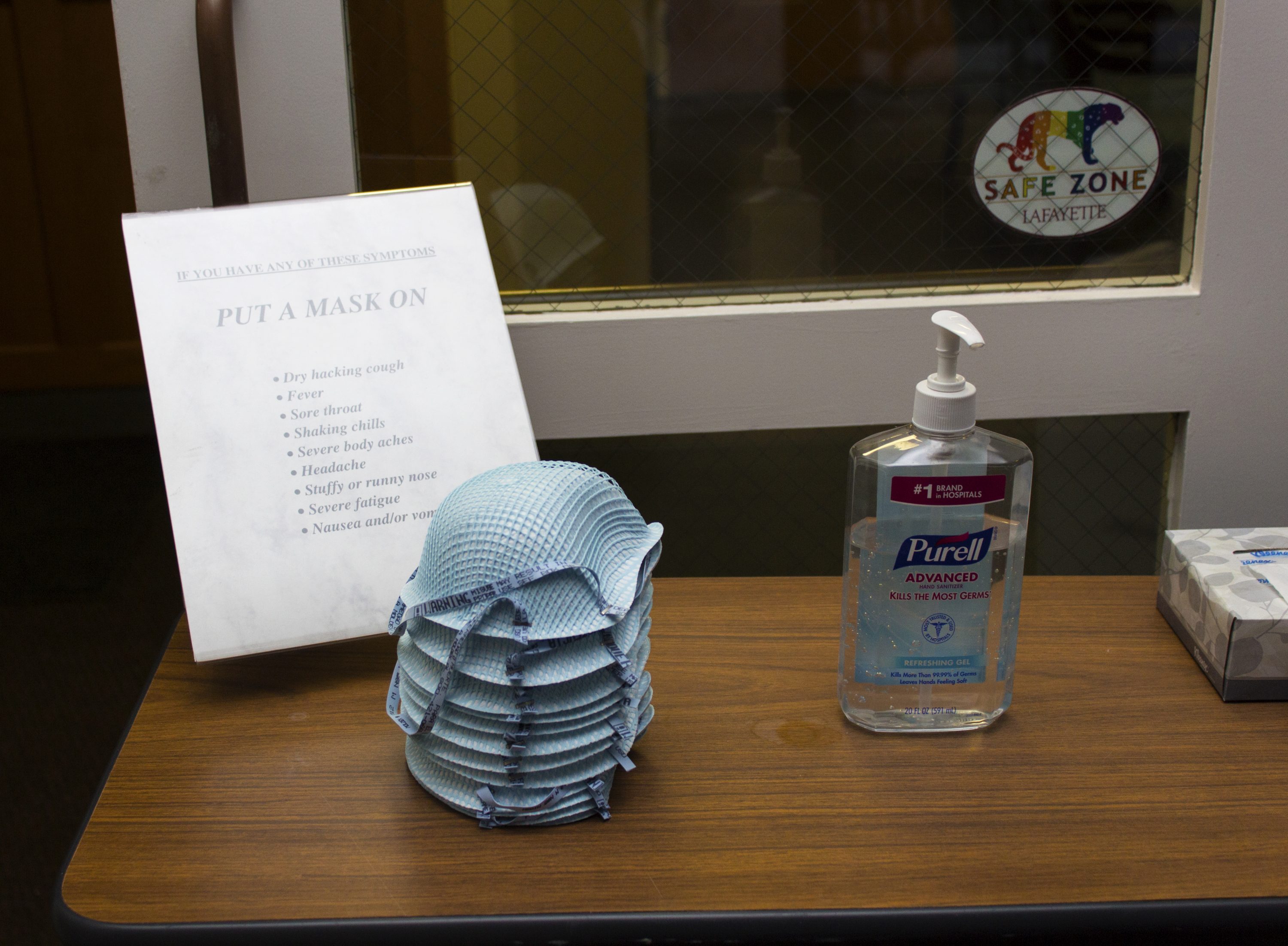 The health center is encouraging students to be vaccinated for pertussis after a student was diagnosed last week. (Photo by Elle Cox ’21)

The college’s health center is trying to boost students’ immunity to whooping cough after one student came down with the vaccine-preventable illness last week.

Dr. Jeffrey Goldstein, Director of Health Services, said that an examination of student immunization records, prompted by the whooping cough diagnosis, showed that a significant number of students are due for a booster shot to be vaccinated against pertussis, or whooping cough.

The last immunization against whooping cough is typically administered to a child at the age of 10 or 11, Goldstein added, but immunity wanes over time. The vaccination, which is required by the college, becomes increasingly less effective after five years.

Receiving a booster shot for pertussis will ensure that students are as protected from illness as possible, he said. Those students who should get a booster shot received an email to come to Bailey Health Center for it.

The student who contracted pertussis is recovering well, Goldstein added, and did not pass her illness on to anyone else.

In order to protect her privacy, Goldstein declined to reveal whether or not the student received the vaccination for whooping cough, which is 80 to 90 percent effective, according to the Center for Disease Control and Prevention (CDC). If a vaccinated person contracts pertussis, the symptoms will be less severe, the CDC reports.

The college requires students to be immunized against pertussis and other illnesses, but an extremely small number of students have exemptions. These exemptions are mostly due to “fear of vaccines,” but also include “religious or philosophical reasons.” The number of unvaccinated students on campus, which Goldstein estimates at two people per class, is not enough to affect the campus’ herd immunity, Dr. Jeffrey Goldstein said.

Herd immunity results when a sufficiently high number of people in a group are vaccinated against certain diseases, preventing the spread of those diseases even to unvaccinated individuals in the group. WebMD states that herd immunity “protects people who can’t get vaccinated because their immune system is weak and vaccines might make them sick. This includes babies, people with vaccine allergies and anyone with an immune-suppressing disease like HIV or cancer.”

Goldstein said he has had conversations with students who do not want to be vaccinated and their parents to try to convince them to be immunized.

“When students request waivers, I schedule a meeting with them and their parents on check in day and we discuss the risks/benefits to the individual and community,” Goldstein wrote in an email. “I would estimate that half of those that waive initially change their decision.”

“Most of the time, the reason [for a request to waive the vaccination requirement] is a fear of vaccines. I try to stress the fact that the risk of getting a contagious disease on campus is much higher than it was at home because of dormitory style living and social gatherings.”

Whooping cough progresses slowly, and infected patients recover slowly, according to the CDC. Early in the disease, mild cold-like symptoms can last for up to two weeks. As symptoms worsen over time, a infected person suffers severe coughing fits, vomiting and exhaustion, the CDC reports. The disease itself, which killed 10 people last year, four of whom were less than a year old, can last for up to 12 weeks. Infants less than years old have the highest rate of pertussis, according to CDC statistics.

The case of pertussis comes after norovirus made another appearance on campus, three years after a more virulent strain of the stomach bug caused the cancellation of classes for two days. Goldstein and President Alison Byerly said that the outbreak this time around did not reach a level that made it necessary to cancel classes, due to the disease’s severity and number of cases.

Students were “self-treating and getting over it on their own,” without visiting Bailey Health Center. Goldstein and the health center therefore were not fully aware of the extent to which norovirus had spread.

The health center saw only about eight students with the bug during the first week of classes, which Goldstein said isn’t abnormal “for the winter months.” What the health center did not know was how the norovirus was spreading around campus in residence halls.

Residence Advisors (RAs) reported, on the request of Goldstein and the Office of Residence Life, that over 100 students were ill with norovirus-like symptoms by Wednesday, Feb. 6.

In order to better gauge the spread of illnesses in the future, Goldstein said that the health center is instituting a “proactive” system. Resident Advisors will report to the health center and Residence Life if they witness an illness spreading on their floor, instead of Goldstein and Residence Life having to ask for the numbers in a “reactive” manner.

Goldstein said there is no exact threshold for when RAs must report when an illness is spreading, but that it should be judged “on a case-by-case basis.”

The diagnosis of norovirus for the most recent stomach virus outbreak was confirmed by laboratory testing, Goldstein wrote in an email to the campus community on Tuesday this week.

Numbers of people who were ill drastically fell over last weekend, Goldstein said, with Resident Advisors reporting about 10 to 15 people exhibiting symptoms.