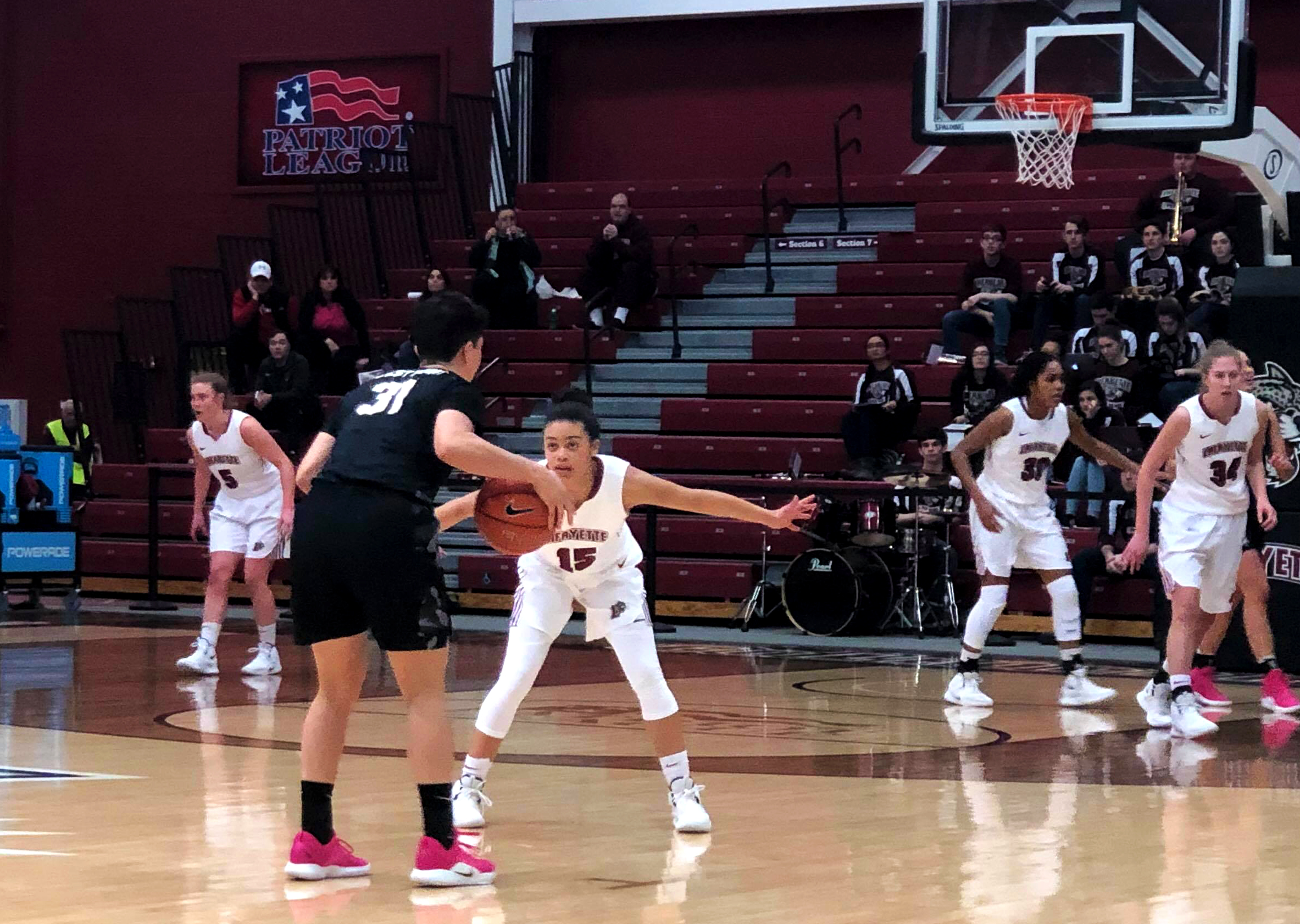 The Leopards will host Loyola Maryland this Saturday after five consecutive losses. (Photo by AJ Traub ’20)

The Lafayette women’s basketball team’s losing streak continued on Wednesday with a 64-40 defeat against visiting Army. Last weekend, the Leopards dropped a road contest against Patriot League leading Bucknell with a 75-43 defeat, the most lopsided loss of the season. The Leopards have dropped to 2-10 in Patriot League play and hold a 7-16 record on the season.

In the Army game, a strong rebounding night by the Leopards was not enough to offset poor all-around shooting effort. The team shot a paltry 22 percent from the field and 20 percent from long distance, as Natalie Kucowski, Lafayette’s most prominent scorer, struggled shooting the ball with a 3-24 effort from the field. Kucowski did haul in 19 rebounds, helping the Leopards to win the battle on the boards 53-45.

In the Bucknell game, a slow start put the the team in a big hole. The Leopards were outscored 20-4 and made just one field goal in the first quarter on a jumper by Freeland, which gave the team a 2-0 lead at the time. During the following three quarters, the Leopards were able to hold on a little more as they managed double-digit scoring in each quarter afterwards.

The third quarter was Lafayette’s strongest offensively, as they outscored the Bison 16-13 in the frame. Johnson opened the scoring with a three-pointer assisted by sophomore combo guard Olivia Martino, who scored a layup off a feed from Kucowski a few plays later. Those three and freshman guard Jiselle Havas dominated the rest of the quarter for the Leopards. Unfortunately, given the early deficit, the team started the fourth down 54-33.

Lafayette ended the game with the second-highest number of three pointers made in a game this season, shooting 8-18 with three of the makes coming courtesy of Havas. Kucowski finished with nine points, 11 rebounds, and a pair of blocks and assists but struggled shooting from the field.

“We respect Bucknell as they are a talented opponent usually sitting in the first or second spot of the Patriot League,” said Cantwell, who finished with five points. “We did not have the outcome we wanted but there were times of really positive play. We are focusing on that positivity to help us grow and get better as we finish out our regular season play.”

The team now hits the stretch run of the season, as there is less than a month until the Patriot League Tournament.

“We have a lot of season left and continue to get better,” said Freeland. “I think in general as a team, Bucknell was one of our pretty bad games. We just have to keep looking to what’s next.”

The Leopards will host Loyola Maryland in the annual Play4Kay game this Saturday with tipoff scheduled for 2 p.m. The team will be raising awareness for breast cancer in memory of legendary women’s basketball coach Sandra Kay Yow, and fans can support the cause by pledging money towards Lafayette’s free throw makes through the team’s fundraising website.