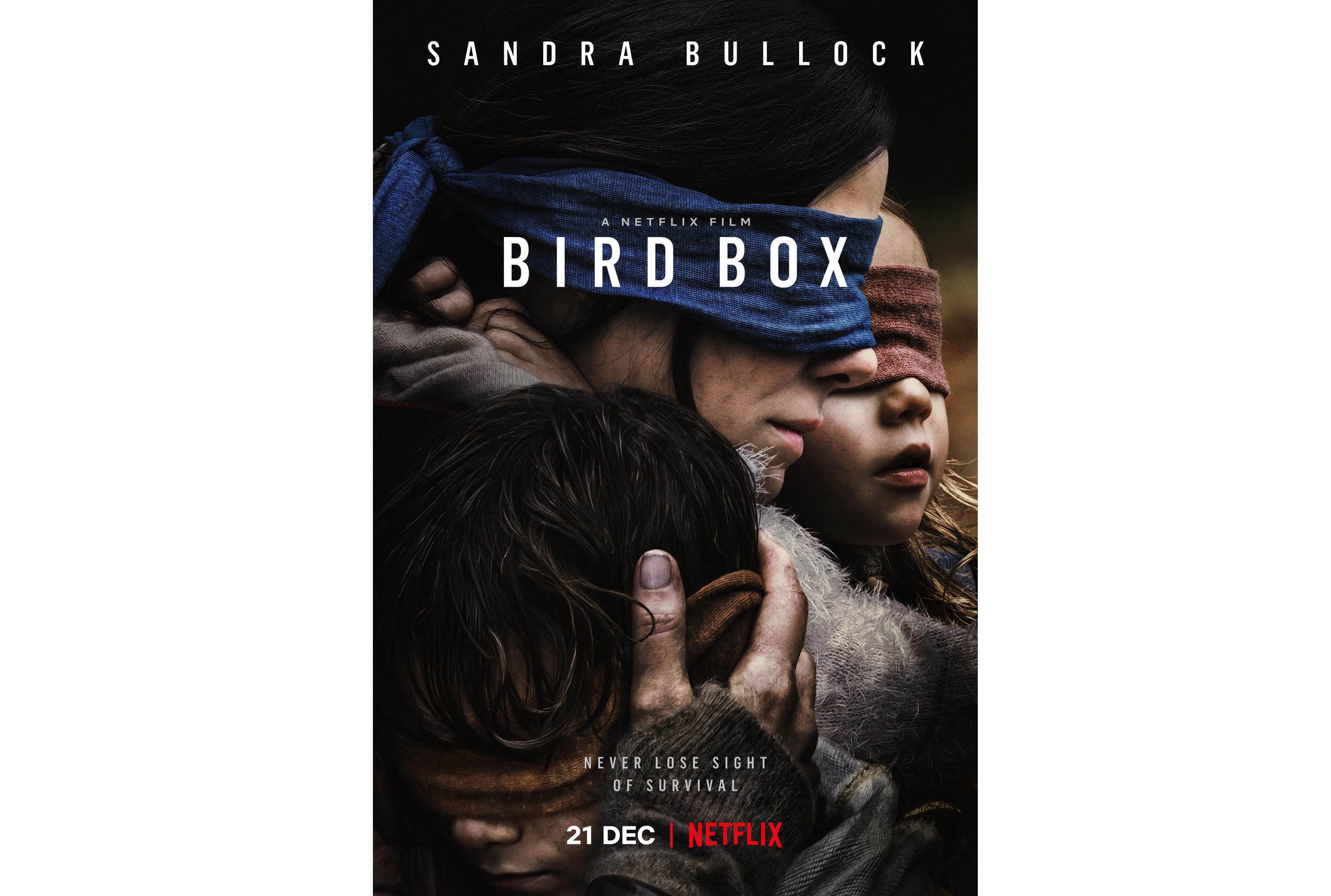 In ‘Bird Box,’ Sandra Bullock keeps the film grounded in reality with another top-notch performance. (Photo courtesy of IMDb.com)

Everyone has heard about the recent Netflix film “Bird Box.”

It was released over two months ago to the streaming platform’s 148 million subscribers. Even if you haven’t seen the movie, Sandra Bullock wearing a blindfold is an image that has probably been ingrained in your mind from all the memes it has generated. You would also have to be living under a rock not to notice the internet going insane over the “Bird Box Challenge,” which was all over social media.

But all memes and internet challenges aside, here is a movie with an Oscar-winning actress and acclaimed female director at the helm that the viewer can simply broadcast from their room. The film should not be overshadowed by its online legacy, as it encompasses a premise that almost works.

Malorie (Bullock) is first seen on screen telling her two young children that they should never remove their blindfolds. The three characters enter a rowboat and Malorie, also blindfolded, guides the boat down the river. The movie, which also co-stars Tom (Trevante Rhodes), is an apocalyptic horror film where the end of the world comes in the form of mass suicide. It is soon explained that what makes people commit suicide is seeing a certain thing. The only way to stay safe is not to see at all.

When I first saw the trailer for this film, I could not help but think it was simply riding on the success of John Krasinski’s brilliant thriller, “A Quiet Place,” but the films are actually quite different. Much of that has to do with the themes of the world. “Bird Box” succeeds in creating a world in which people live in fear of creatures lurking in the outside world. It is filled with paranoia and loss for humanity and got me thinking far more than I could have ever imagined.

Much of this has to do with the cast. Bullock brings everything back to reality and delivers another top-notch performance in her acclaimed career. Rhodes stands out equally on the screen. I am personally perplexed as to why he has not become a huge star yet after this and his impressive showcase in Barry Jenkins’ “Moonlight” two years ago. The other actors in the film also deliver admirably and sell the conventions of the world that the film exists in.

The facet of the film that stands out as being too ambitious, however, is Eric Heisserer’s script, as it is ridiculous at the climax. “Bird Box” is at its best at the beginning of the film, but eventually tries to be far more complicated than it has to be. But overall, it is a Netflix film that was ultimately successful, as it is ambitious, well-c, and ultimately impactful.