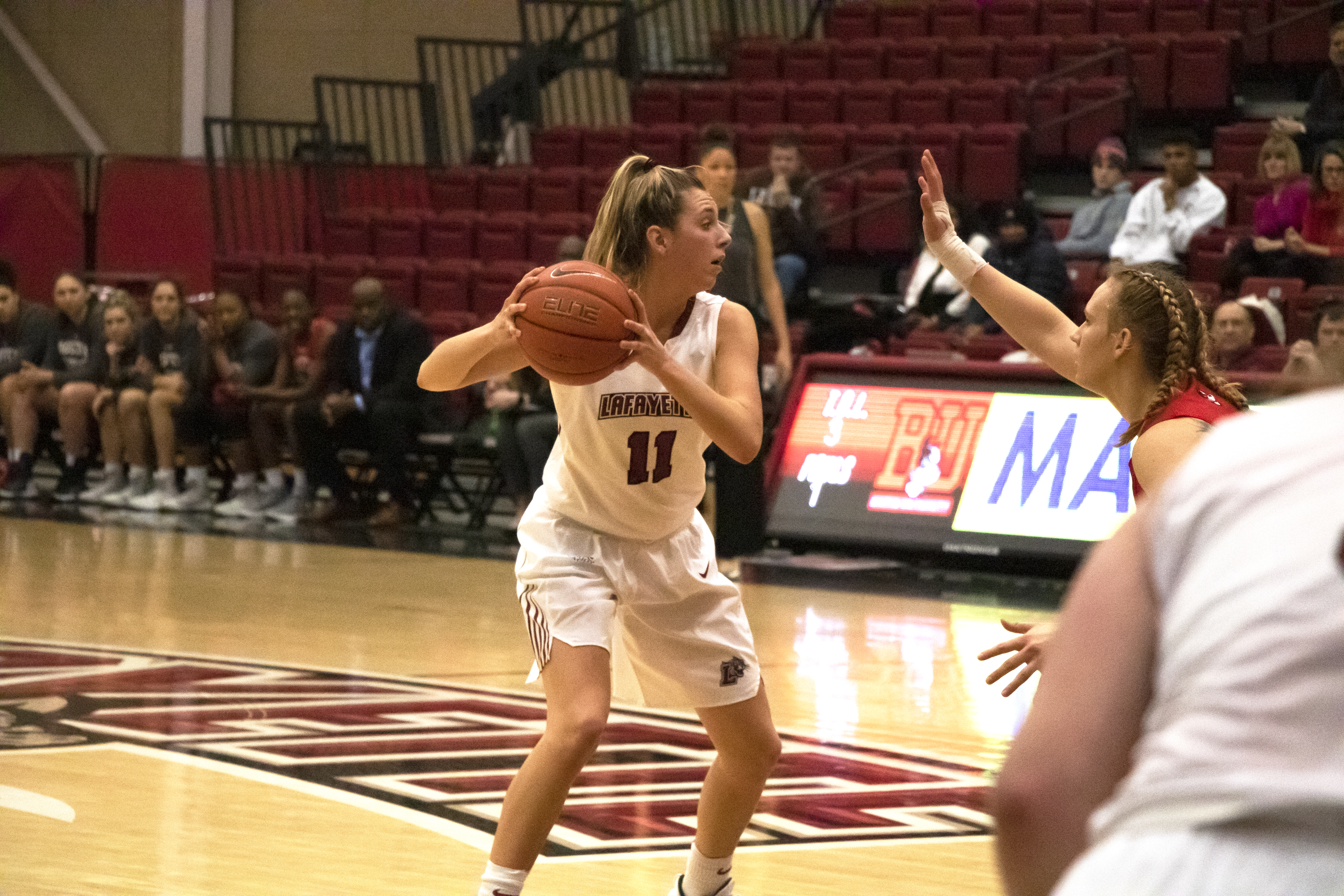 The Leopards travelled to Bucknell University for the Bison Open, with 12 athletes finishing 3rd place or higher. (Photo by Jess Furtado ’19)

In the Boston University game the Leopards got out to a hot start, opening a 15-12 lead after the first quarter and a 33-22 lead at the half before the offense went cold in the final two quarters, scoring just 11 second half points. Both teams wore customized jerseys with player nicknames for the contest.

The Leopards were defeated by American University 60-45 last Saturday in a streaky contest that was decided by a late game run, before losing to the Terriers in a close contest by a score of 47-44 on Wednesday, Jan. 30.

In the American game, the Leopards played well through three quarters but ran out of energy in the fourth and allowed the Clawed Eagles to slip away in the final frame. Lafayette struggled from the opening tip, quickly finding themselves in an 8-0 hole before going on an 8-2 run and finishing the first quarter down by only two. The second quarter was a similar story, as American went on a 6-0 run to start the quarter before the Leopards battled back in the final 1:27 of the half to knot the game at 26 heading into the halftime break.

It was truly a game of runs, as the Leopards started the quarter with an 8-2 run before American responded by pulling within one heading into the fourth before outscoring the Leopards 26-10 in the final quarter en route to the 60-45 win.

“We were leading up until the end,” Martino said. “We played well but weren’t disciplined down the stretch and it cost us.”

Despite the tough recent period during which the team has lost six out of their past seven games, the players are focusing on consistent improvement as the season progresses.

“We’re continuing to grow. We want to be sure that toward the end of the season, that is when we are playing our best basketball,” said Martino. “It wasn’t the best game for me personally, and it reminded me that even if I’m not scoring, I can’t let the other team score.”

Although the Leopards didn’t get the outcome they wanted, Freeland moved into a three-way tie with Martino and April Shippee ’96 at third on the all-time Lafayette three-point field goals list with 55 apiece after her two made shots from long range.

The Leopards’ next game is Feb. 2 at Holy Cross with a 1 p.m. tipoff in Worcester, Mass.