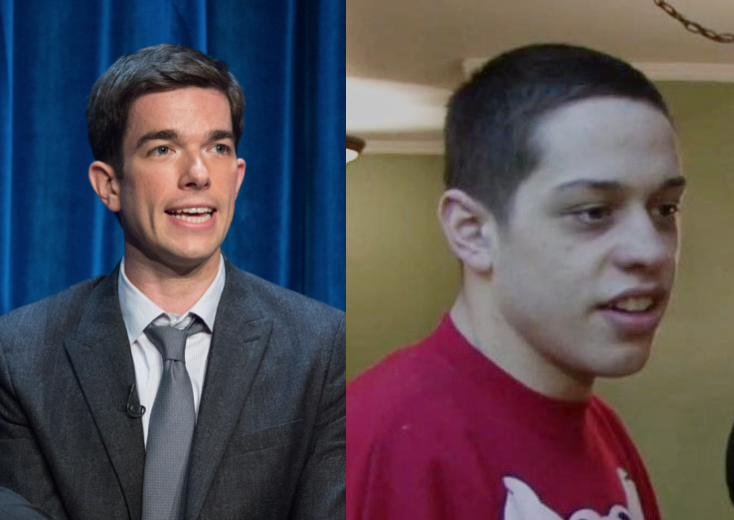 John Mulaney and Pete Davidson will perform in stand-up comedy shows together on Feb. 23rd at 7 p.m. and 10 p.m. (Photos courtesy of Wikimedia Commons)

The State Theatre Center for the Arts in Easton, Pa. recently sold out the first show of the upcoming appearance of Saturday Night Live stand-up comedians Pete Davidson and John Mulaney on April 26 at 7 p.m., as well as a following show at 10 p.m.

According to the Chief Executive Officer (CEO) of State Theatre Shelley Brown, they had to add an extra show because the first one sold out so quickly.

Though the first show is currently completely sold out, the second show still has open seats, according to their website.

As well as appearing on SNL, Davidson has also played acting roles on movies like “Set it Up” (2018) and Trainwreck (2015). He recently gained fame with his engagement to his now ex-fiancee and pop star Ariana Grande.

A stand-up comedy show is a rare occurrence on the stage of State Theatre. Usually, the shows presented at State Theatre are presented by the theatre itself. However, this show is different because it was actually a rental of the building by an outside promoter, Brown said.

“This show is a rental of our building by [an outside promoter] that we have a great relationship with. So then he got a bunch of shows with them and chose us to be one of the theaters they went to because we’ve worked with him, he likes us,” she added.

Brown said that the theatre always has standard procedures that they follow, and security is always strong, but she said that “the only thing that’s different about this show is that people are going to have to put their phones in little bags that are locked, if you wanna use your phone you’d have to go into the lobby, because these comedians, you know, they don’t want cell phones and videos taped on the phone.“

In addition to the Davidson and Mulaney show on March 31, State Theatre is presenting “American Girl Live,” “Stage on Stage: A Night of Indie/Jam Rock,” “The Sound of Music,” “Finding Neverland,” “Kinky Boots,” among many others.

Brown said that all these shows are extensively marketed via social media, radio, print, and a brochure that goes out to over 100,000 households via email list.

Updated 02/04/19: John Mulaney and Pete Davidson stand up shows at the State Theatre was rescheduled from Feb. 23 to March 31.

Updated 03/29/19: John Mulaney and Pete Davidson stand up shows at the State Theatre was rescheduled from March 31 to April 26.