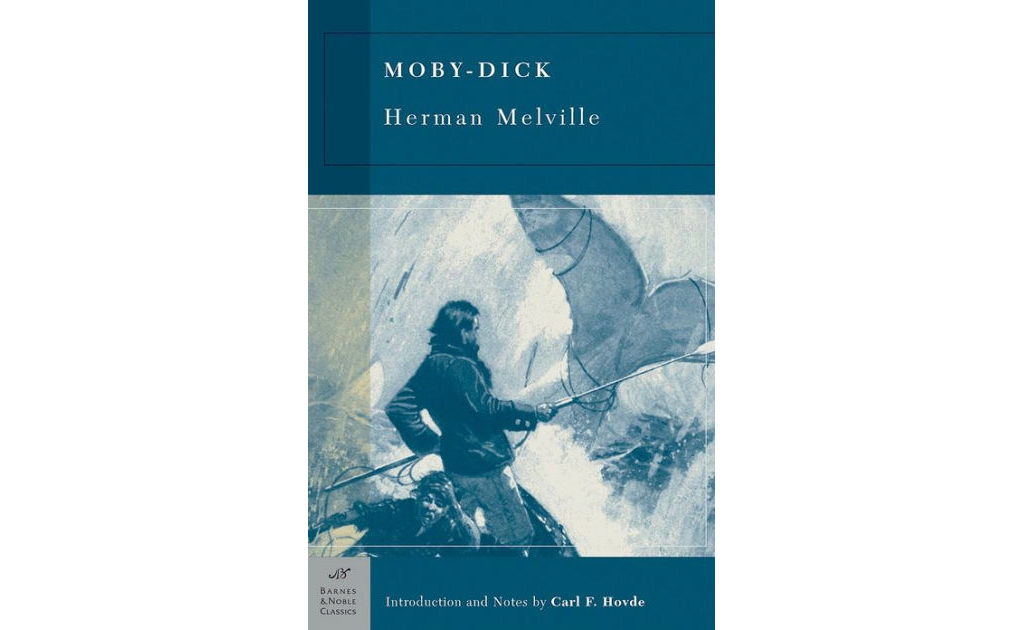 Christopher Phillips owes his current position at Lafayette to the great white whale, he said adding that “[Reading] Moby Dick…has tended to be a pretty significant part of my professional development.”

“That certainly wasn’t the only piece of the puzzle when they made the decision to hire me, but Moby Dick did help me arrive at the place where I am now,” Phillips, English professor said. The novel takes precedence in Phillips’s book “Epic in American Culture, Settlement to Reconstruction” and his tenure portfolio.

Unsurprisingly to those who know him, Phillips’s favorite book is Herman Melville’s “Moby Dick,” a novel about a man’s relentless pursuit of a great sperm whale around the world.

One of the things that immediately drew Phillips in was the novel’s versatility in capturing a variety of different themes.

Phillips was first introduced to the novel as a pre-law student in college when he took “Survey of American Literature,” and was assigned to read Melville’s classic.

Immediately, Phillips said, he was drawn to it.

“There would be these reflections on what does law really mean – what happens when law breaks down? You’re out on the ocean, there’s no police force, there’s no court, how do you actually make law work in these kinds of areas? I’d never thought about these kinds of questions before and it just fascinated me,” he added.

Phillips’s studies of Melville’s novel didn’t end there. He began to pursue it both independently in his research and in his teachings. One of his favorite aspects of the novel is that chapters cover a huge variety of topics including law, science, religion, the whaling industry, philosophy and art.

“What I really enjoyed about Moby Dick, both reading it and teaching it, is that it’s a book that doesn’t really have a center… it’s one of these books where everybody has the chance to decide what they think is the heart of the book.”

Phillips’s focus on the novel has evolved throughout his career. While he initially began by studying its meditations on law, he later became focused on even bigger philosophical issues such as reflections of ethics, religion and the nature of evil.

Phillips explained a moment where the novel’s main character, Ishmael, listens to his pilot sing an Isaac Watts hymn about heaven called “There Is a Land of Pure Delight.”

What intrigues Phillips is that rather than thinking about heaven, Ishmael instead fantasizes about tropical islands and, “a paradise you can sail to rather than a paradise that a soul can go to. That’s something I’m really enjoying puzzling over now in the work that I’m doing.”

According to Phillips, Ishmael’s fantasy provides a “ready-made case study” on what people think about and experience when they read, sing and listen to hymns.

“That’s my favorite moment right now because it’s the part I’m most trying to understand at the moment,” he said.

“It’s a very challenging book, but it’s a book that whatever you’re interested in, you can find a way to understand the story from that standpoint. I really love that about it,” Phillips added.