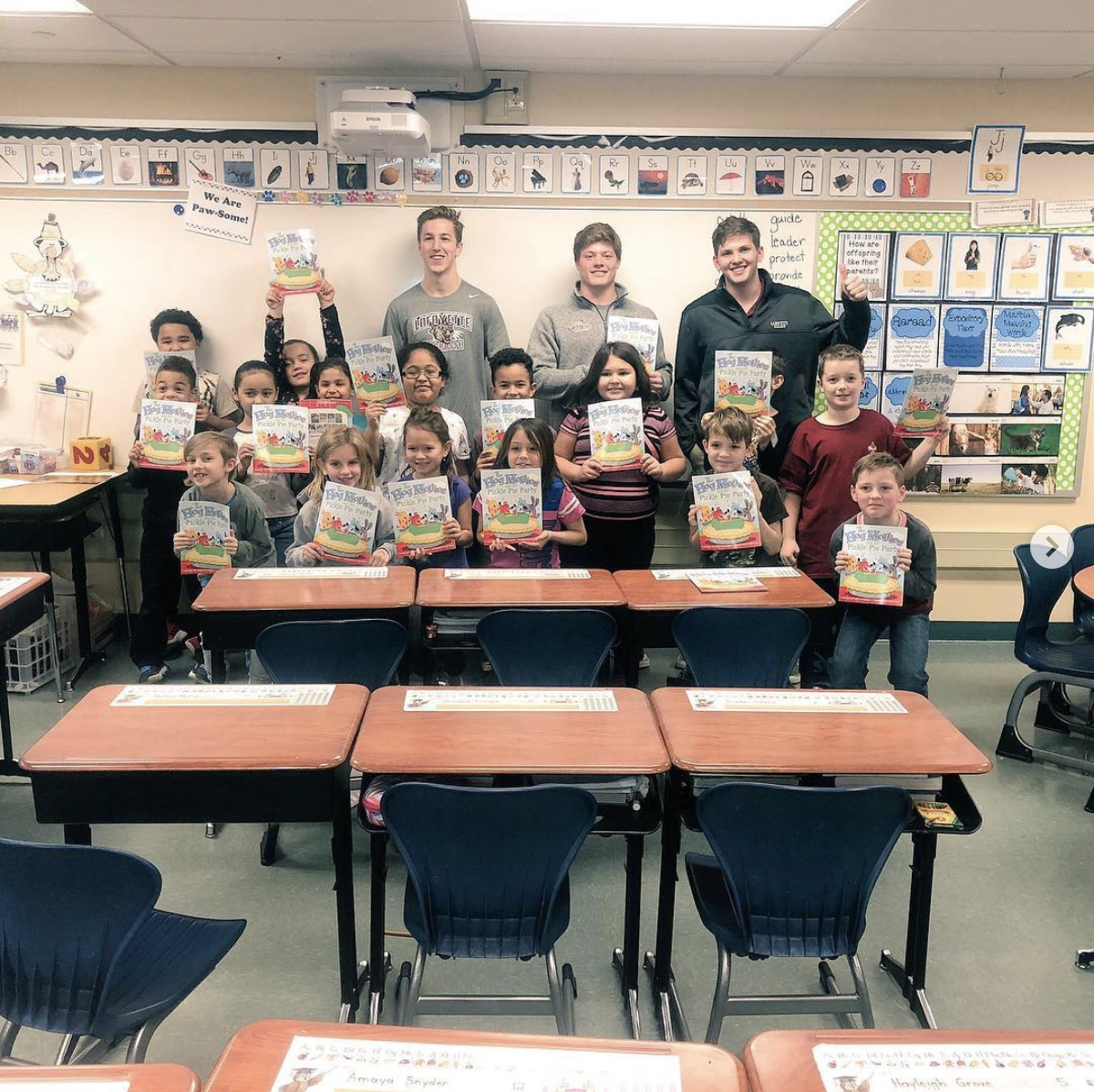 Members of the men’s lacrosse team visited March Elementary School this past Tuesday to read and speak with a class of second graders. (Photo courtesy of Scott Bieda)

Although the regular season is still a few months away, the men’s lacrosse program is staying busy this fall through their volunteer efforts in the community. This past Tuesday, Nov. 27, members of the team visited March Elementary School on College Hill to read and speak with a class of second graders. The trip was the first event of an ongoing partnership with the 2nd and 7 foundation, a non-profit organization whose mission is to promote reading by providing free books and positive role models to kids in need, according to their official website.

The visit provided the players with an opportunity to talk about their experience as student-athletes at Lafayette, and to describe the work they have done to get to this point. Senior defenseman Zack Merle attended the trip and helped explain the importance of being a well-rounded person to the young students.

“It is very important to emphasize both academic and athletic achievement for these young kids,” he said. “If the students look up to us because we play on a team and wear a jersey, we want to show them that we think doing well in class is ‘cool’ as well.”

This event is one of the many ways the team has impacted the greater Easton community this semester, as they previously worked with the Headstrong foundation in September and October to help raise money to improve the quality of life of cancer victims. The involvement in volunteer work has been especially significant this fall, according to Merle, and the team already plans to visit March Elementary many more times this school year.

“Each of our players who attends volunteer events truly enjoys it,” said Merle. “This year I’ve seen more guys on our team giving back than ever before.”

After raising thousands of dollars for the Headstrong foundation in the fall, the team continues to use its platform to make a difference. Being role models in the community is something that the players don’t take lightly.

“When we can see that we’ve made a difference in someone’s day or that we’ve inspired a student to be the best they can, that’s when we realize that we’re lucky enough to be able to make change in our community,” Merle said.

Although the second graders are years away from reaching high school and college, the players were also able to speak about potential jobs for the kids in the future. Many of the skills needed for different occupations, Merle explained, translate over to lacrosse, as players who work hard in the classroom often find similar success on the field.

“In class we spoke about different types of careers student-athletes can pursue, as well as what it takes to get there,” Merle said. “Having passion for what you do, hard work everyday, and always wanting to learn will allow you to be successful in both the academic and athletic world.”