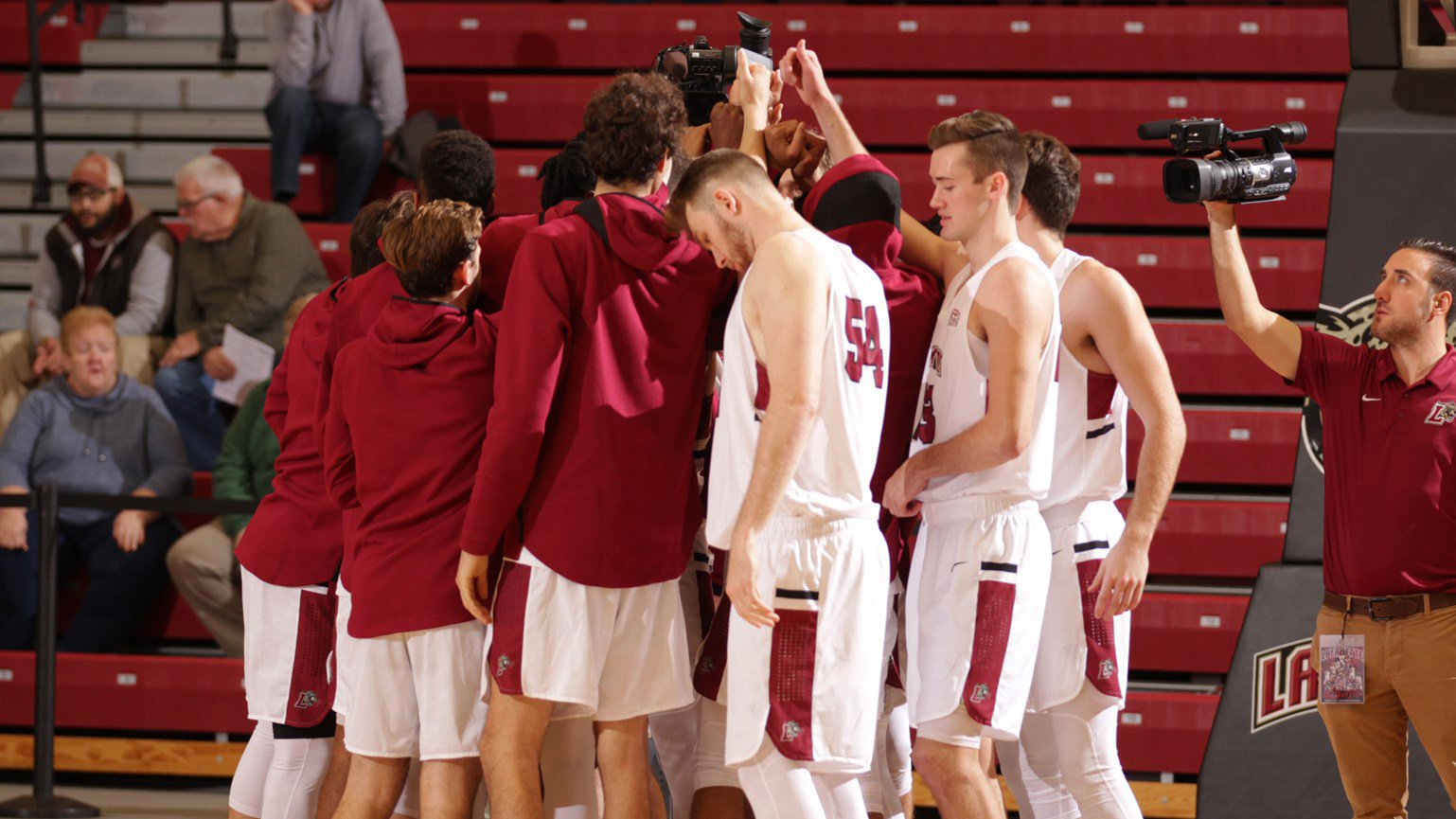 Both the men’s and women’s team open their season against rival Lehigh on January 2. (Photo courtesy of athletic communications)

Lafayette men’s basketball team managed to force OT but ultimately fell to Cornell, 63-58 this past Wednesday. The Sunday before, the team staged a second-half comeback to narrowly beat Fairleigh Dickinson University (FDU) by a score of 80-76. In the FDU game, the Leopards were led by the inside-out combination of sophomore guard Alex Petrie, who finished with 26 points, four assists, and four rebounds, and junior forward Lukas Jarrett, who posted 17 points and four rebounds.

In the Cornell game, Petrie’s long-shot three-pointer from way beyond the arc tied the game at 52-all with six seconds remaining. Despite a poor shooting night, Petrie still finished with 12 points and two rebounds. The other scorers in double figures were sophomore guard Justin Jaworski, who had 15 points, and junior forward Myles Cherry, who finished with 14 points and an impressive 17 rebounds. His 17 boards were the most rebounds in a single game since Matt Klinewski registered 16 against FDU in 2015.

In the overtime frame, Cornell outscored Lafayette 11-6 en route to the 63-58 win.

The victory over Fairleigh Dickinson marked the second win on the year for the Leopards, moving their record to 2-3 on the young season. Strong shooting highlighted the team’s victory, as they shot 54 percent from the field and an impressive 17-29 in the second half. The team’s 47 second-half points were essential to their comeback, as they trailed by seven at halftime.

“Any win is a good win because it is not easy to win at this level,” said Petrie. “A lot goes into each win. We are ahead of where we were last year, but we are not settling for just these two wins. Our goal is to stack these wins on top of each other.”

After an inconsistent start, the team has a month of non-conference play left to find their groove before Patriot League games begin in January.

“I think we can take away from these games so far that we are capable of being really good, but it is not going to be easy,” Petrie added. “We are going to have to limit turnovers and get stops defensively, and bring it every single day, whether it is a practice or a game.”

Throughout the season thus far, the Leopards have been challenged with four of their first five games on the road. Defense has been an important predictor of the Leopards’ success, as both of the teams’ wins, against La Salle and Fairleigh Dickinson, came when Lafayette allowed 76 points. In the three losses, the team allowed 84, 91, and 93 points.

“Really good teams share a lot of the same characteristics. They are going to play very good defense, they are going to be disciplined,” said Petrie, who thinks the addition of sophomore guard E.J. Stephens will continue to help the team. “E.J. helps us a lot. He is very versatile as a player, brings a lot of different things that he does well to the game. Just having him back is going to help us a lot.”

The Leopards will be back in action on Sunday when they play host to Sacred Heart University. Tipoff is scheduled for 2 p.m.