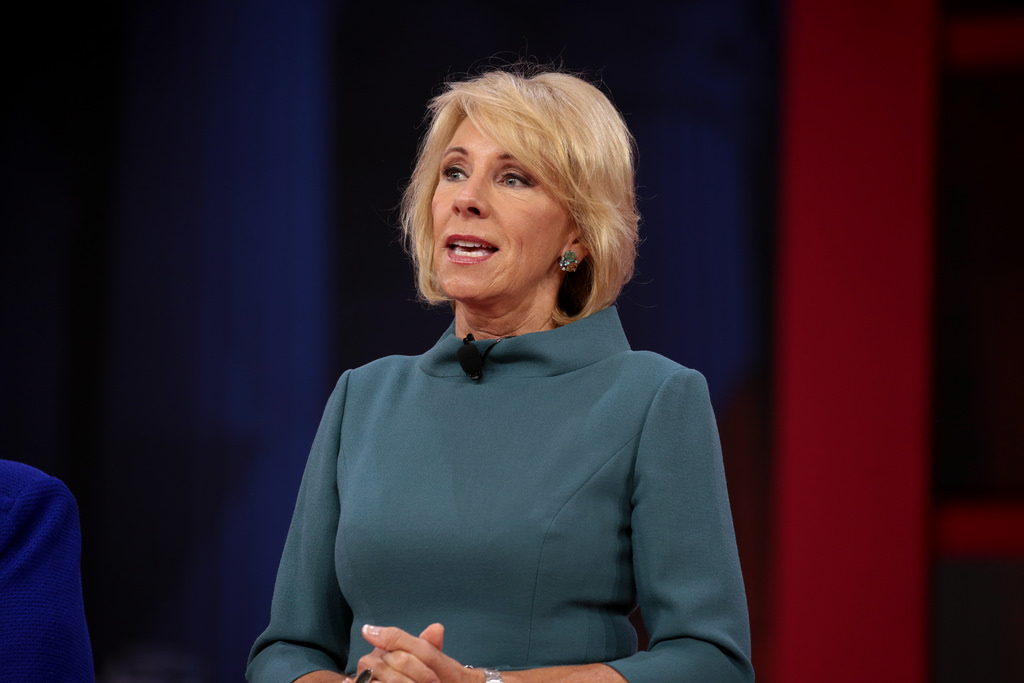 Some “significant changes” would have to be made to the college’s sexual misconduct policies if the new rules proposed by Education Secretary Betsy DeVos relating to Title IX are implemented, said Jessica Brown, Educational Equity Coordinator who oversees Title IX policy at the college. The proposed rules from the Department of Education narrow what cases of sexual misconduct colleges and universities must investigate and boost the due process rights of the accused.

The college would have to comply with certain definitions and requirements set by the Department of Education if the changes to the rules are instated. These proposed rules would be the first of their kind to set regulations on how educational institutions meet the requirements of Title IX, a 1972 law prohibiting sex discrimination in schools which receive federal funding, according to The New York Times.

“One significant example [of a required change] is that the new regulations propose changing the definition of sexual harassment, which would then cause us to have to look at our policy definition and square that up with the Department of Education’s definition,” she explained.

Sexual harassment would be defined more narrowly under these new rules as: “unwelcome conduct on the basis of sex that is so severe, pervasive and objectively offensive that it denies a person access to the school’s education program or activity,” whereas under Obama guidelines, it was simply “unwelcome conduct of a sexual nature.”

“Many of the regulations, though, represent the floor and not the ceiling,” meaning the college would not have to change policies if not mandated, Brown said. One option that DeVos is proposing is that colleges can choose between a “preponderance of evidence” standard and “clear and convincing evidence” standard for conduct cases. Lafayette currently uses “preponderance of evidence.”

Pards Against Sexual Assault (PASA) hosted a Title IX panel Tuesday, with five members of the college’s administration whose role is relevant to the Title IX realm. Moderators asked Brown to explain the role of due process in an investigation into a case of sexual misconduct.

Brown noted that since Lafayette is a private school, the college is not necessarily bound by the constitutional due process, but “that doesn’t mean that we don’t want to uphold those ideals in any investigation we do.”

“Really what that comes down to is fundamental fairness. We want to make sure that both the complainant and the respondent in any investigation have a chance to be heard and have an advisor present and that they’re given the same opportunities,” Brown said.

Byerly said in an interview that she feels “the [college’s] current [internal] process is fair to all involved parties.”

Colleges and universities must offer to the accused and the accuser the option of cross-examining one another through each other’s lawyer or advisor under these new proposed rules. Direct cross-examination by the accused or accuser would not be allowed.

The panel hosted by PASA comes partly in response to DeVos’s Title IX proposals, which will not become policy until a required 60-day public comment period is concluded. Members of the campus community, including President Alison Byerly, gathered to hear the panelists speak.

The panel moderators, Reeve Lanigan ’19 and Ella Goodwin ’21, began the discussion by introducing each panelist.

Brown was the first to respond to the moderators’ questions. She was first asked to explain how the college’s policies are different with sexual harassment versus sexual assault.

She explained that the complainant, or reporting party, can choose to initiate an internal or external investigation, both or neither.

When a moderator asked how the recent changes proposed by the Department of Education might affect Lafayette’s policies, Brown said that there would be some “significant changes” that would have to be made to the college’s policies.

Melissa Garrison, Director of the Counseling Center, was then asked to explain why she believes that some people choose to report and others do not.

“It’s very much a personal choice and a personal decision and its one that is very difficult to make,” she said.

The moderators questioned Christine Oliver about the details of how an investigation unfolds. Although her job title is Environmental Health and Safety Specialist, Oliver said she works with public safety on Title IX-related investigations. Oliver explained that the three major requirements in an investigation are that the investigation is thorough, timely and equitable to both parties.

Moderators also asked Oliver what kind of information is gathered during the investigative process. She explained that witness interviews, physical evidence like digital communication and photographs, as well as key fob records and campus surveillance cameras are used in gathering information and “creating a timeline.”

Lastly, moderators asked Jennifer Dize about how the college’s conduct committee plays a role in Title IX cases of sexual misconduct. According to Dize, once Title IX investigators have made a determination about a “reasonable basis,” Dize and Brown will determine if conduct charges should happen. Then, the conduct committee, which consists of two faculty and one staff member in cases of sexual misconduct, will consider the information in a hearing.

“The investigation is the information-gathering and the hearing is the decision-making,” Dize said.

Dize explained that the sanctions are the “consequences or outcomes” of a case. She said that outcomes can include anything from a formal warning to expulsion.

Following Dize’s responses, audience members directed questions to the panelists. One audience member referenced one of the recent propositions for Title IX and asked about how involved Lafayette is in terms of misconduct cases that occur off-campus.

“Even if something occurs off campus, if it creates a hostile environment on campus, the college would still respond to that,” Brown responded.

Several audience members also voiced curiosity about the student conduct hearing that occurs when determining sanctions for a respondent. One audience member asked whether the complainant and respondent are involved in the hearing.

“The complainant and respondent are never in the room at the same time but the panelists [on the conduct committee] can interact with both of them,” said Dize.

According to Dize, the panelists, who are two faculty members and a staff member, all see the same information about the case and there is “100 percent transparency.” These panelists are trained at the beginning of each year to hear sexual misconduct cases, Dize said.

PASA concluded the panel by showing a list of resources for survivors of sexual assault.