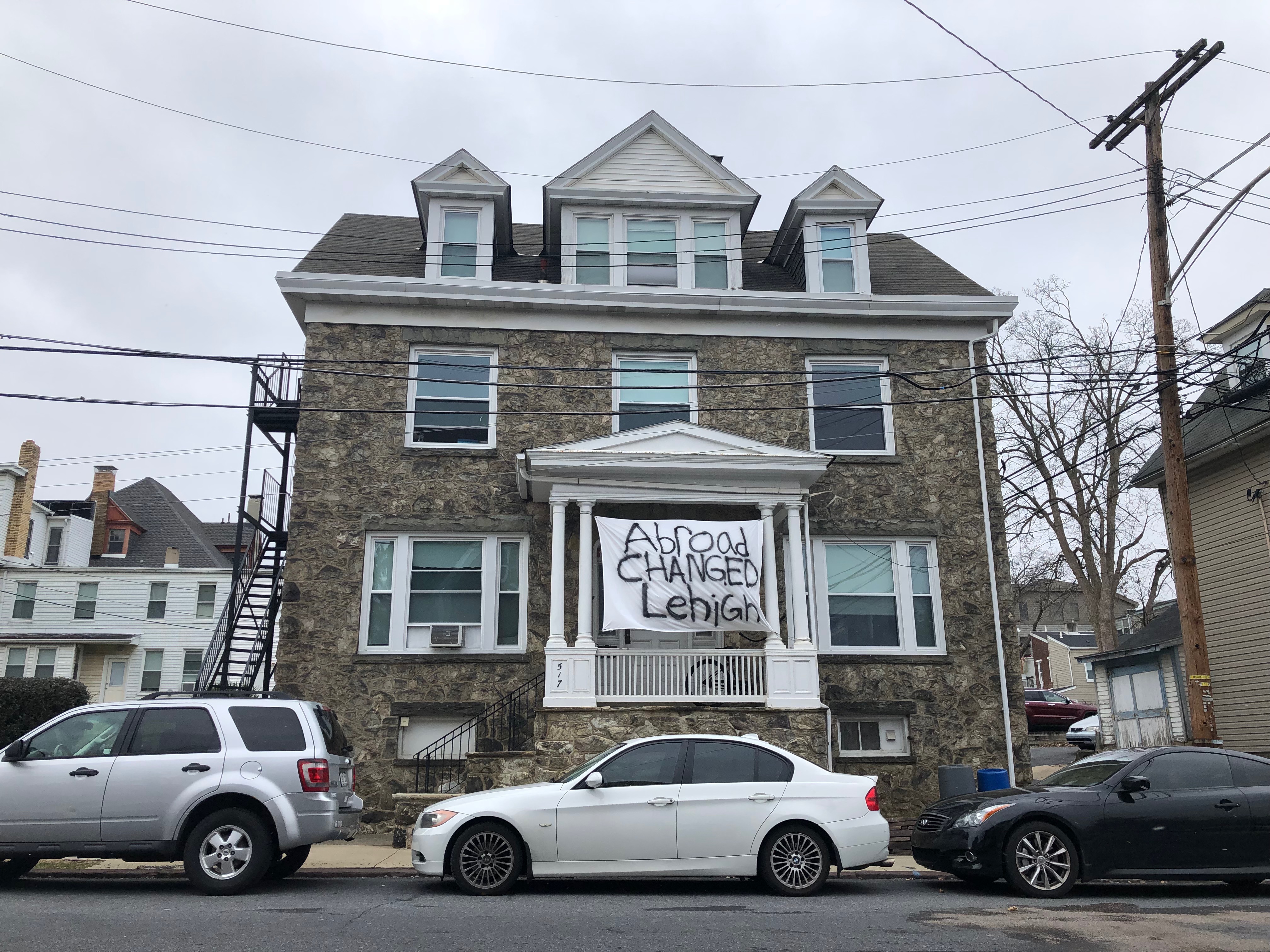 517 Clinton Terrace, designed by William Michler in the 1900s, is to be moved under the new settlement between the college and the residents. (Photo by Kathryn Kelly ’19)

At a hearing this Tuesday, the College Hill residents and Lafayette College reached an agreement surround the college’s expansion projects, resulting the dismissal of the lawsuit between four Easton residents and the city that began in June.

The four residents thought the process by which the city amended its zoning laws for the new dormitory on McCartney St. to be built was illegal. The college formally intervened in the suit about a month ago. Vice President of Finance and Administration Roger Demareski said that while the direct goal of intervening was not this settlement, he does believe that “it is in everyone’s best interest if groups can come to some agreement before it gets to the court system.”

To avoid any future zoning amendments “concoct[ed]” by the college and city, the residents thought that they “should negotiate for a compromise that would help the community as much as possible, and do as much as possible to prevent future conflicts,” according to Paul Felder, a staunch opponent of expansion and one of the four residents in the lawsuit.

To settle the lawsuit, which was filed against the city, the college agreed to certain terms proposed by the residents.

One of the major agreements involves the movement of 517 Clinton Terrace, which was designed by William Michler in the early 1900s. The building is located on the building site of phase two of the expansion, and as such, wouldn’t be moved until 2020 at the earliest, Demareski said.

Another agreement made by the college is the creation of a new four-year scholarship called the Lafayette-Easton Scholarship which will be awarded annually to an admitted student from Easton Area High School. Both the scholarship and the moving of the Michler House result in additional expenses to the college related to this project.

In addition to the two major monetary agreements from the college, the settlement also resulted in the creation of a city-wide committee. The committee would include college leaders and trustees, city, business and nonprofit leaders, civic representatives and a resident from College Hill, according to the letter from President Alison Byerly sent out to the campus community on Tuesday.

Byerly said in an interview that the college and the Easton community previously had a similar committee that was formed during the Third St. Project with the Arts Campus, but it was disbanded around five years ago. The new committee is expected to begin convening in early 2019, she added.

Demareski said that while he doesn’t know if he will be sitting on it, “if the constitution of the group didn’t make it feel out of balance one way or another, [he] would love to be on it.”

The residents also asked that “architecturally important elements” be salvaged and put up for sale as properties on McCartney Street are demolished, with “the profits going to a number of College Hill non-profit organizations, such as the College Hill Neighborhood Association and the Village on College Hill,” according to a public statement written by Felder. He added that the college also agreed to this, “except that its donation will not be to any of the charities we proposed.”

The McCartney Street dormitory is expected to open in fall 2020 and will provide an additional 165 beds for the growing student body. “The project will combine residential space for upper-class students with retail space and patio seating on the street level. The College Store will be relocated there as an expanded College and community bookstore, and a full-service diner will be added to supplement campus dining options as well as to serve the general public,” according to Byerly’s letter.

The original project involved a second building on the empty lot on the corner of High and Cattell Streets that was removed from the design during previous negotiations between the college and the residents. The 50 beds that were meant to be provided with that building, Demareski said, will be absorbed into different buildings of the next two phases of the expansion project.

The preliminary plans for the McCartney Street project were approved by the Easton Planning Commission earlier this month. The plans are set to go before the planning commission again in December for final approval, Demareski said, before construction can proceed. However, the college has announced construction will begin in spring 2019.