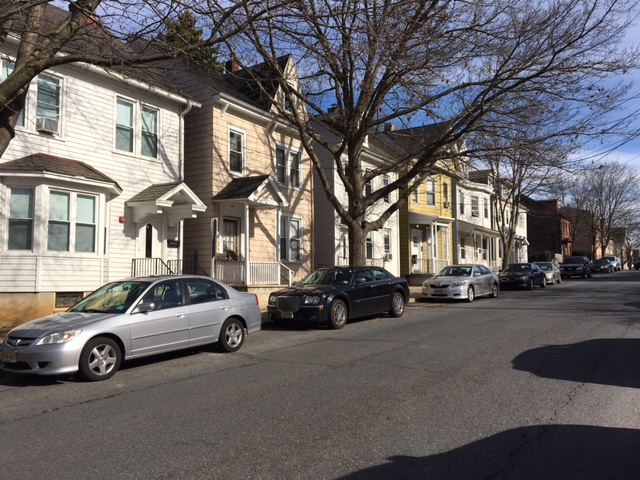 When the college’s preliminary plans for the expansion project were approved by the Easton Planning Commission last Wednesday, much of the discussion surrounded concerns from residents and commissioners about whether students would comply with the new parking regulations. However, there was no actual student voice present to offer insight on the issue.

In accordance with the new zoning ordinance, students living in the new mixed-use dormitory would all be assigned to park their cars at the lot on Bushkill Street. The college has also agreed to the city’s requested signage that would clearly state that no students without residential parking permits are permitted to park on McCartney St.

At the planning commission meeting last Wednesday, some residents voiced their concerns that those students will park their cars on McCartney instead of Bushkill, or if they do park in Bushkill, they will never use them.

“If it is upperclassman who will be living in [the McCartney] dorm, then I think they will park on McCartney Street no matter what,” Feldmesser said.

“My friend had to park his car in Bushkill and, unless one of our friends drove us down there to get it, we wouldn’t use it,” Sadovnikoff said. “It definitely is not a convenient option.”

On the other hand, the college said that there are plenty of parking spots in the Bushkill lot for students, and students will be able take the college shuttle to get their cars.

Some students, however, were weary of relying on the shuttle bus.

“With the sporadic way that the shuttles run right now, I don’t think that the students will be able to rely on that to access their cars,” Kayla Median ‘21 said.

“Only if the school were to improve the shuttle system a lot, then Bushkill could be a parking option for people living all the way on McCartney Street,” Nele Janssen ‘21 added.

However, not all students doubted the effectiveness of the shuttle.

“I think the problem with Bushkill is that you have to walk down there, but if they have a shuttle then that will solve that problem,” Charles Leroux ‘21 said.

Residents, however, don’t think that is going to change the already heavily trafficked area. At the planning commission meeting, the residents said that even if students only park for three hours, another student will park in their spot right after they leave, and McCartney will still be constantly crowded.

“There already is a lot of traffic there, and I have to be very careful when crossing that street so I can’t imagine what it will be like when there are more students that go here and live there,” Nyla Durdin ’20 said.

“I live off campus, and I already have a tough time parking,” Castiel said. “This would make it even worst.”

“With parking violations on-campus we generally apply a step process where we might start with a phone call or letter that reinforces the expectation that the rules be followed. If students accrue more than one ticket, we ramp up the response and it could mean loss of parking privileges or other forms of College discipline,” Annette Diorio, Vice President for Campus Life, wrote in an email. “I hope that people understand that we are striving to do the best for our community and the environment.”

While paying for a parking ticket is already a mechanism that aims to deter students from parking where they shouldn’t, the additional repercussions from the college are intended to prevent students from trying to break the law in the first place.

“I think that could work because receiving tickets and violations adds up quickly,” Morgane Pichard ‘21 said.

Much of the discussions surrounding the expansion have surrounded these issues of parking, and students like Janssen said that she feels it would be beneficial for all parties in the future to get the students’ perspective.

“There obviously [have] to be meetings without students there, but it would be nice if they could send out surveys on matters like this,” Janssen said. “We are the ones who will be most affected by this and I think that we could even offer some ideas on how to fix the problem.”

Vice President of Finance and Administration Roger Demareski did not respond for comment in time for print.