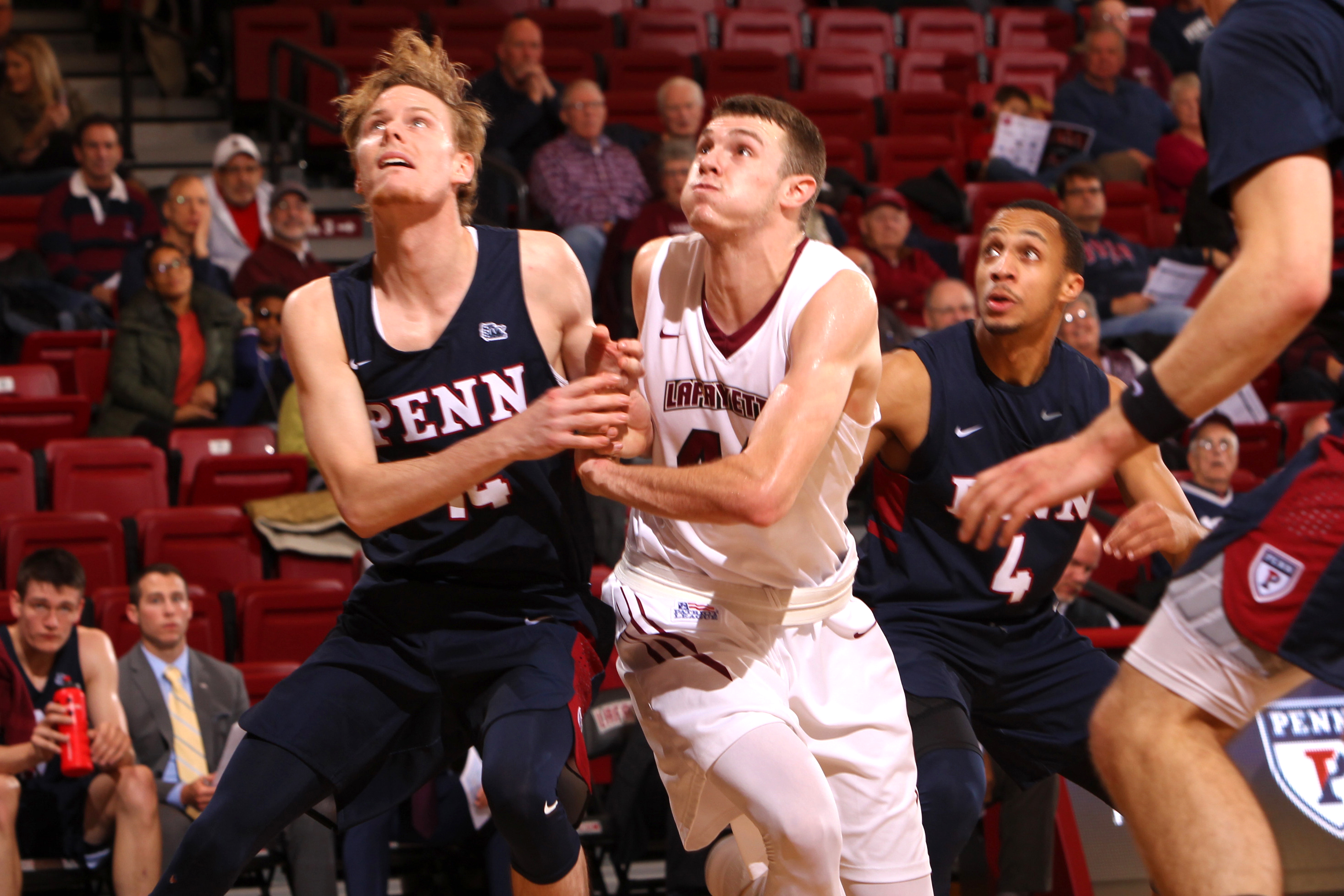 The Lafayette men’s basketball team defeated Atlantic-10 foe La Salle University 77-76 last Saturday with a late push to take the lead. Following the victory, the Leopards traveled to the University of Pennsylvania on Tuesday, Nov. 13, only to get routed by the Quakers 91-61. Lafayette’s record moves to 1-2  after the first week of the season.

The victory over La Salle was the first of the year for the Leopards, highlighted by junior forward Myles Cherry’s first career double-double, with 18 points and 12 rebounds. Sophomore guard Alex Petrie had both the game-tying bucket and the game-winning free throw when he was fouled driving down the lane.

“We brought energy for the entire game,” said sophomore guard Justin Jaworski. “For us, a big thing is you are going to have your runs, but we took their punches, and then we gave them right back.”

Sophomore forward Dylan Hastings scored a career-high 12 points to go with three blocks and four rebounds. Junior guard Kyle Stout was the only other Leopard in double figures, scoring 13 points on 5-7 shooting to go with four assists and two rebounds.

“Against La Salle, we played as a unit. Against Penn, when things got tough, we went our own directions,” Jaworski said of the team’s defensive struggles. “I think the [UPenn] loss is going to help us more than hurt us. It’s humbling. We know we have to get back to work.”

“It’s energy and communication. You can play a ton of different defenses, but you still need to bring energy to the ball and play solid help side defense,” Jaworski added.

This Sunday, the Leopards will host St. Francis College of New York at 2 p.m. in the Kirby Sports Center. St. Francis is 1-2 on the season, and Lafayette expects to return sophomore guard E.J. Stephens from his time out due to illness.