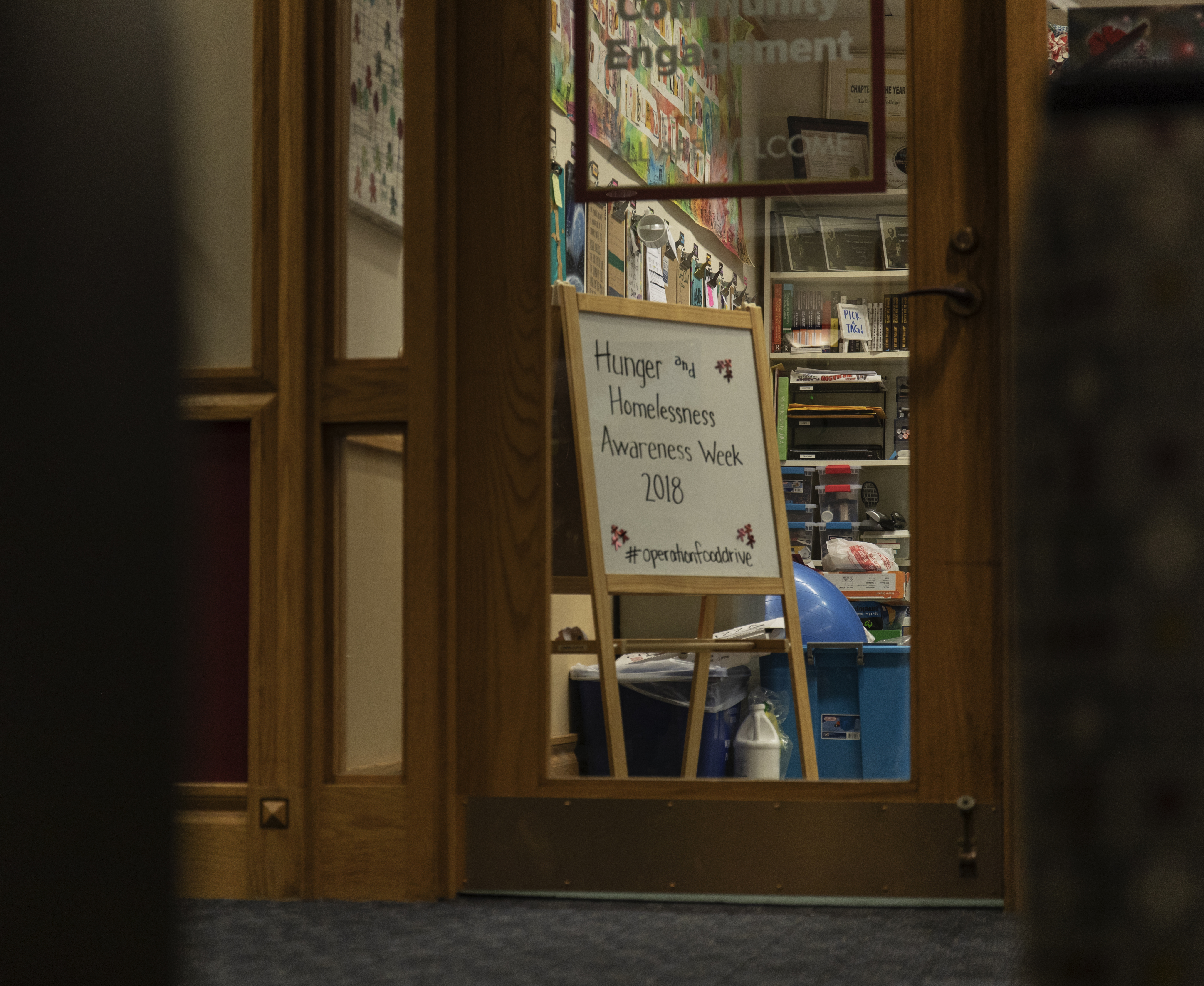 LANDIS’s annual Hunger and Homelessness Awareness Week made an effort to focus on issues in Northampton County. (Photo by Elle Cox ’21)

This year’s Hunger and Homelessness Awareness week fell a week before Thanksgiving and focused heavily on shedding light on the issues of hunger, specifically in the Easton community.

“For this year’s week, our team came up with a specific mission statement,” Julia O’Malley ‘19, one of the student organizers of the event, wrote in an email. “[We wanted] to raise awareness and promote understanding about the intersectionality of hunger, homelessness and other social issues with an emphasis on our Northampton County.”

In an effort to do so, the week included an event with Principal Hector Bonills of Tracy Elementary and Executive Director Carolyn Serva of the Family Connection of Easton on Tuesday. The talk highlighted that while the issue of homelessness can be addressed, it is at times, unavoidable.

Bonills said there are distinct detectable trends that have systematically forced low-income families to live their lives on the streets. Additionally, the crack cocaine epidemic in the 1980s and 1990s in Easton started a chain of events still affecting poorer areas.

“Anyone caught up in crack got a much more severe sentence than those who would use any other drug,” Bonills said in reference to the zero-tolerance policy adopted by many areas.

“So, in lower-income communities like Easton you have dads in jail instead of being at home, so now you have single moms, kids without father figures,” he added. “People had to manage without the support system of an absent person, which had an unexpected economic effect on them.”

This frequently results in families living on the street, which often results in children reacting in undue ways. Bonills explained that in school a child may display hunger, absenteeism, aggressiveness and lack of focus or interest, all symptoms negatively affecting the goals of the Easton education system regarding the well-being of its students.

According to Bonills, the education system aids students with programs such as “Backpack Pals,” which collects and bags food for children that fall into a threshold measured by teacher recommendations and family income levels. Additionally, to avoid the potential embarrassment of having to walk home carrying charity food, many schools employ a pantry-type system so students can anonymously get food throughout the day.

The “Backpack Pals” program is supported by grants and businesses such as Oceanspray and local grocery chains. About 50 percent of Easton-area school children qualify for it and the space and funding available are limited, Bonills added.

The week is run annually through the LANDIS center under the Center of Community Engagement. Every year, the week also holds a campus-wide food drive and accepts $5-10 donations at all dining halls on campus. According to O’Malley, the drive was very successful.

“It was amazing to see the donation box completely overflowing,” O’Malley said.

Bonills said that on top of the great job Lafayette already does with “tutoring and other service,” he’d love to see some more community love in the future: “how about a little agape?”