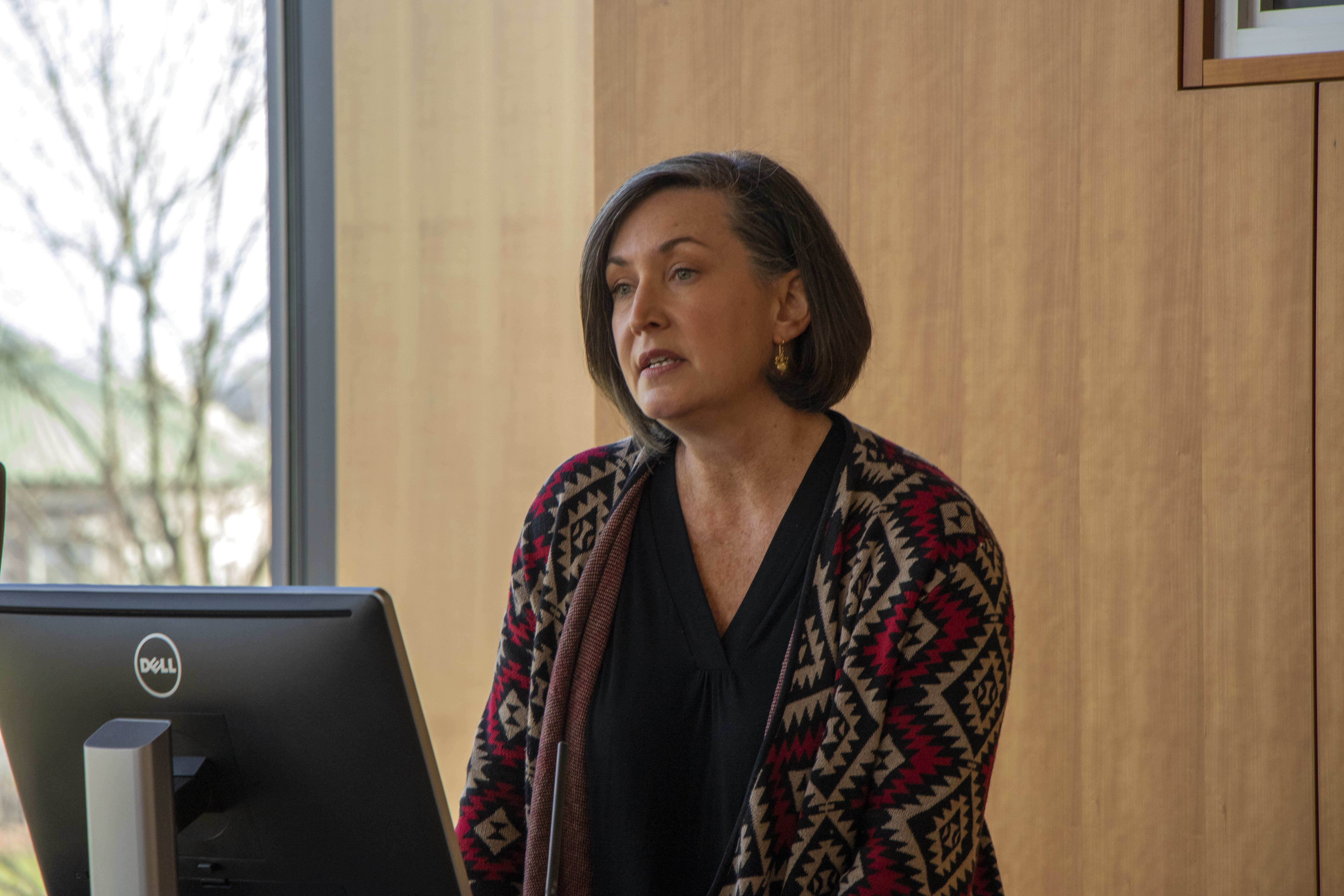 Christy, a well known illustrator at the time, helped to spearhead the first massive propaganda campaign of the 20th century, controlling the American public’s perception of World War I. Just days after America declared war, the Pictorial Publicity Committee, consisting of various illustrators volunteering their time and creativity, was tasked with producing a slew of pro-war and pro-enlistment posters.

“[The Pictorial Publicity Committee’s] mission? To win popular support for the war. This agency was charged with releasing government news, sustaining moral in the US, administering voluntary press censorship and developing support abroad,” Stomber said.

Christy’s first interaction with war came earlier when he served as a military correspondent in the short-lived Spanish-American War. He drew illustrations of soldiers, including one of Theodore Roosevelt, and battles which were reproduced in many magazines and articles.

Christy’s experience in Cuba solidified his patriotic dedication to the military, carrying out elaborate flag ceremonies daily and occasionally firing cannons from his front lawn upon his return. This patriotism, along with his artistic talent, made Christy the perfect candidate for the Pictorial Publicity Committee.

Throughout the war, Christy is credited with creating forty original recruitment posters believed to have been reprinted up to 40 million times.

Of these forty, Lafayette’s Special Collection has Christy’s three most popular prints, with Christy’s iconic “Christy Girl” being the focus of all three.

Although the military was currently only recruiting male soldiers, Christy frequently depicted the “Christy Girl” in uniform on his recruitment posters. Not only did this serve as a provocative image, but it allowed Christy to play with the traditional views of masculinity to motivate young men to serve.

Christy’s most effective poster, credited for the enlistment of 25,000 men, features a Christy girl in uniform saying, “Gee!! I wish I were a man. I’d join the Navy.” Christy preyed on the pre-existing domestic anxieties surrounding gender roles, mostly the role men should play in protecting the nation and made being a man synonymous with enlisting.

“The Christy girl seems to say, through her lovely alluring smile, if you’re a real man and you’re tough enough to be a fighter, your place is in the military,” Stomber said.

Some scholars attribute the success of Christy’s posters to his ability to shame American men into enlisting through attacking their masculinity.

Stomber said that “to be a male citizen and to passively ignore the message of these posters would be effeminizing and disgraceful.”

The “Liberty Loan” versions of the Christy girl, referred to as the bond girl, again targeted the male gaze but in a different way. Rather than drawing women in positions that mocked or questioned masculinity, Christy portrayed the bond girl as both the motivation and reward for supporting the American war machine.

“[The bond girl] implores the viewer to either fight or to help support the troops financially,” Stomber said.

Drawn more traditionally feminine and always holding an American flag, the bond girl posters helped to raise tens of millions of dollars in support of America’s fight in World War I, Stomber said.

While some illustrators who were involved in the Pictorial Publicity Committee have regrets about their role in the war’s propaganda, Christy never shared that sentiment.

Based off of his autobiography, Stomber said that “Christy remained proud of his patriotic contributions and he never expressed regret over the success of his recruitment posters or the resulting loss of life.”

Lafayette’s Special Collections has many of Christy’s posters, letters and other work on display and hold for the rest of the semester.