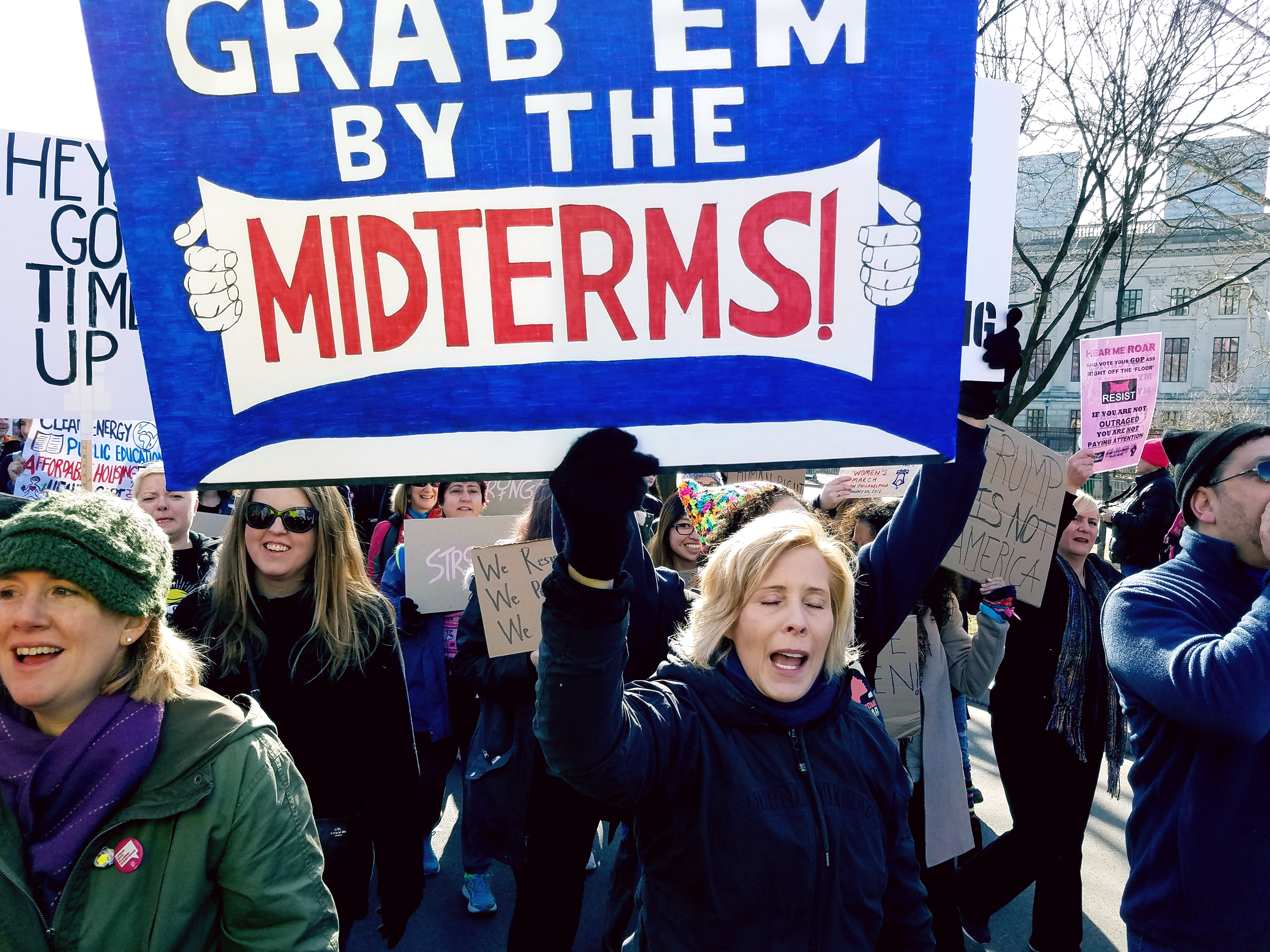 Midterm elections this year saw an increase in the number of women elected to Congress. (Photo courtesy of Wikimedia Commons)

Last week’s 2018 midterm election marked a historic day for women, LGBTQ+ and for the country. A record number of women won seats in the House of Representatives and the number disproportionately favored the Democratic party.

The first two Native American women and the first Muslim woman have been elected to congress. The first openly gay man has been elected as governor of Colorado and Texas voters have elected their first two Hispanic women to Congress. Additionally, a handful of states sent their first female representative ever to Washington, D.C.

“In terms of…people of color, LGBTQ folks [and] women,” Mallory SoRelle, government and law professor said, “[there is a lot] more diversity in congress this year.” SoRelle is teaching a class on campaigns and elections this semester.

However, these victories are mostly being celebrated by Democrats. There are fewer Republican women in Washington this session than previously. SoRelle explained that historically women are less likely to be recruited or asked to run in general. After Trump took office in 2016, however, that changed.

Historically, there has been about equal female representation for each party. This number has increased for both sides over the years, but has increased much more rapidly for Democrats than for Republicans. National Public Radio shows that trend in an article on the recent elections, with 101 women in Congress being Democrat and 19 Republican after Nov. 6.

Female candidates tend to be more liberal, SoRelle said. There are many female Democratic candidates, but the majority of female Republicans are moderate. With the increasing partisan polarization in Congress, it is easier for liberal candidates to be elected and harder for moderate Republican candidates.

“That disproportionately affects Republican women,” SoRelle said. “As long as we continue to have a lot of polarization in Congress, I imagine we will continue to see this growing divide in the diversity of these two caucuses.”

SoRelle believes this may lead to long term ramifications as voters are more likely to turn out for candidates who look like them. Historically, there was no notable gender gap between how men and women vote, but this has begun to change very rapidly in recent years.

“A lot of it is a reaction to Trump’s election,” SoRelle said. There are programs across the nation designed to help train female candidates and encourage them to run for office, such as Emerge America, an organization that recruits and trains democratic women to run. Women and other minorities are less likely to independently run, so receiving training makes them more likely to campaign.

“To use sort of an economics framework, it’s a supply problem not a demand problem,” SoRelle said. “Voters will vote for these candidates, the question is, is there enough of the candidates and this year there were.”

Women preferring Democrats is a new trend, but other minority groups’ voting patterns tend to be connected to the policies the parties support. Race and orientation have always had large partisan gaps and tend to lean towards Democrats as well.

“The average male voter voted for a Republican, and the average female voters voted for a Democrat, and that’s about a 20-point difference,” added SoRelle. “That’s a huge gap, a substantially larger gap then it was in 2016, and certainly than in 2014.”

Women also tend to prioritize different policies than men, according to SoRelle. With increasing diversity there will be a shift in the legislation passed, altering what is discussed in Congress in the upcoming years.