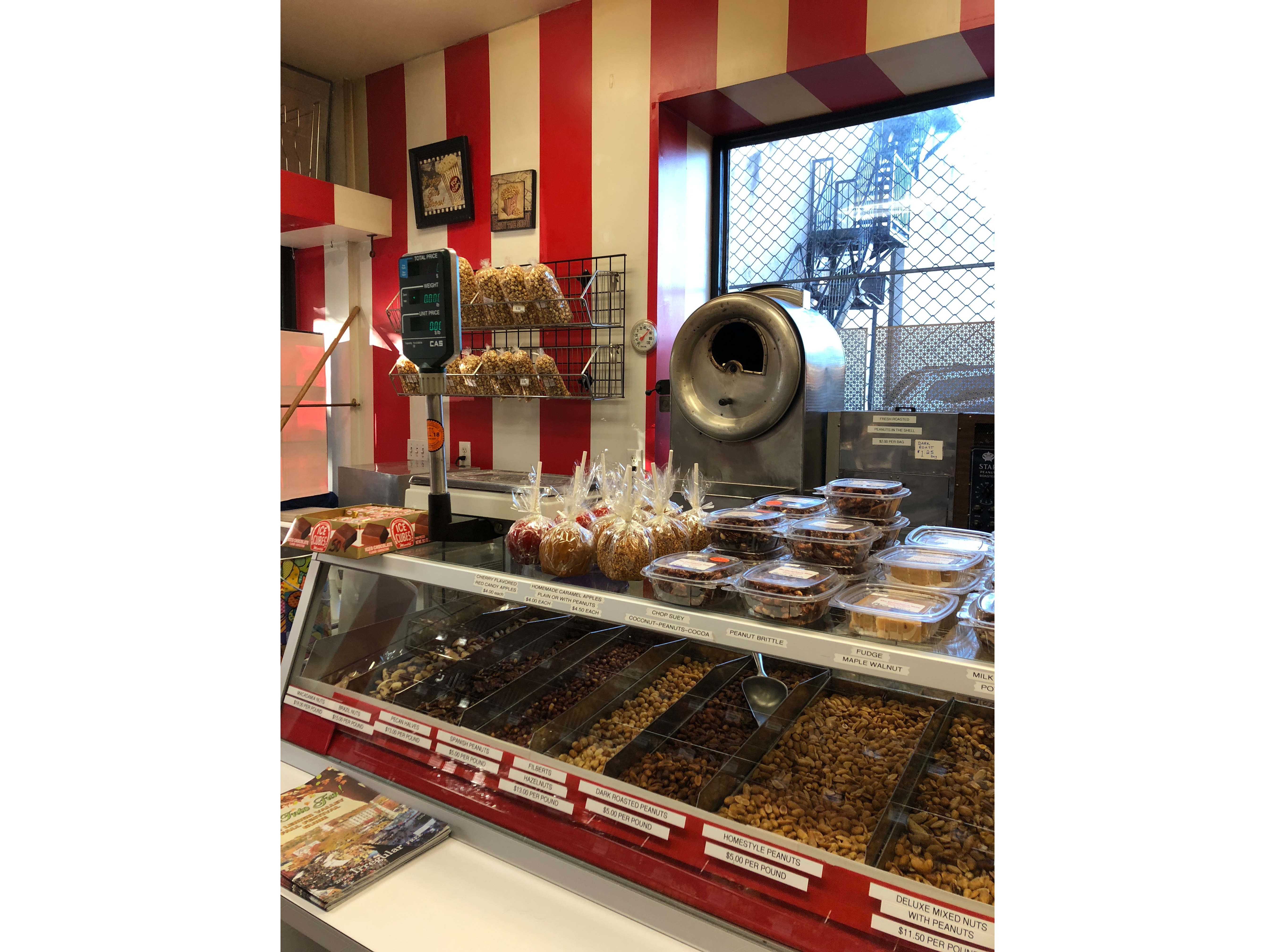 Sia Bassil, owner and operator of The Caramelcorn Shop, hopes to keep ‘[carrying] on the tradition.’ (Photo by Mario Sanchez ’21)

The Caramelcorn Shop is 87 years old, and the longstanding shop still uses the original equipment from its opening year in 1931.

During the 1700s, the building was constructed by prisoners because the courthouse was at the center of the Easton circle. The building was originally used as a post-office.

Since 1996, the shop has been owned and operated by Sia Bassil. In 2006, the shop caught on fire, resulting in water and smoke damage for four months. However, the shop was able to “salvage the equipment that we use and [Bassil] had to have them refurbished.”

Having been shut down for the damage for four months, from October to February, Bassil said that it was their “worst time.” The building had to be redone and got in the way of a “whole holiday season.”

Bassil considers herself to be fortunate to have the supportive customers the shop has had over the many years.

“I’ve been very fortunate because they care about this place as much as I do, and without Easton, I wouldn’t be here,” she said, adding that her customer base are the people in Easton, and the ones that always come back.

Because Bassil feels like the shop has been successful with the way it has always been run, she does not plan on modernizing the shop any time soon.

“Why change a good thing?… I would never, never change anything,” she said. She said customer service is very important to her, and that she won’t convert her shop into a self-serve establishment anytime soon.

“I actually pay my employees to wait on costumers, to help them, to bag everything on the shelves,” she said.

To Bassil what’s unique about people going to the shop is that they are “amazed that this small business has been in operation that long, running on the simple things.”

The shop is unlike Starbucks, where you could walk in and not “talk to anybody, you don’t see anybody.” The Caramelcorn shop is more “personal.”

Bassil said she believes that what the world currently lacks is personal communication, adding that “most people just don’t look up and take notice anymore and I think it’s important I keep this business the way it is.”

Bassil did not go to college, so she worked at the shop until she eventually took over it. She said her education in life was “from every person I’ve spoken to since I’ve been in this store.”

“I can guarantee that as long as I’m here it will stay the same.”

The majority of the products in the shop are freshly made and roasted everyday, including the popcorn, caramelcorn, nuts and chocolate, which are among the most popular things on the shop.

Although Bassil has been in charge of the shop for 22 years, she said the shop is currently for sale, but she is very selective on who she hands the shop to because she hopes the new owners would “carry on the tradition.”