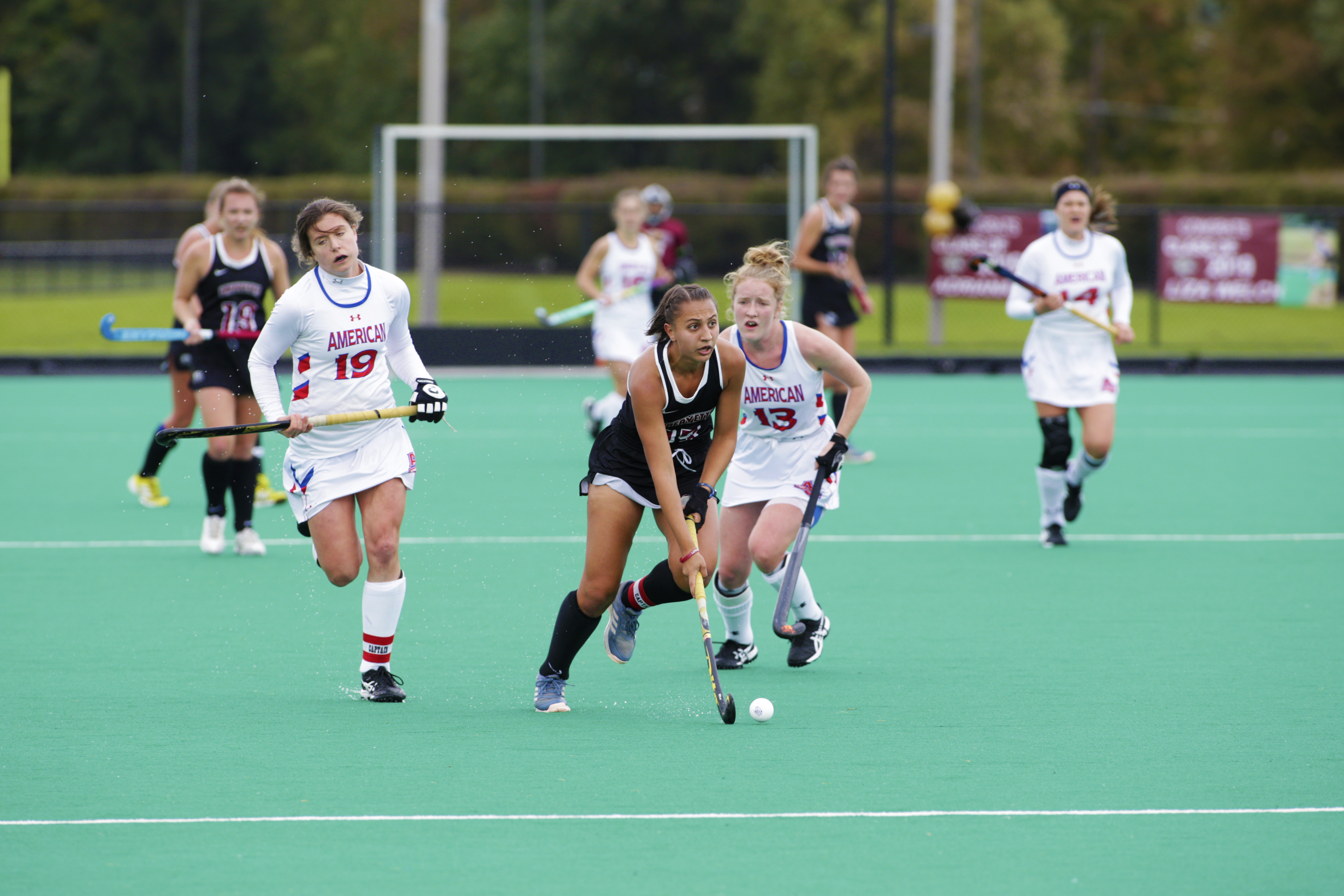 The field hockey team finishes their season 4-2 in conference play as it heads to the Patriot League Tournament. (Photo courtesy of Athletic Communications)

The Lafayette field hockey team concluded their conference play at Bucknell University last Saturday. The Bison beat the Leopards 4-1, creating a three-way tie for second place in the league among Bucknell, American and Lafayette, who are all 4-2 within the conference.

“It was not the result we wanted,” senior defender Rachel Bird said. “We had really good energy going into the game, especially in the locker room. Everybody was really pumped and ready to go.”

The Bison took the lead in the 21st minute of the first half, and increased their lead to 3-0 early in the second half. Sophomore forward Grace Angelella scored Lafayette’s first and only goal from senior forward Kristen Taylor’s assist in the 57th minute of the game, putting the Leopards on the scoreboard.

“I think that we dominated most of the game and played really well,” Bird said. “We had a lot of good possessions, but it just came down to us not capitalizing on our attacking opportunities while Bucknell was able to capitalize on theirs.”

Both teams earned spots in the Patriot League Tournament, but the result of the game moved the Leopards to fourth seed of four teams in the tournament.

“I think that it ended on a bittersweet note because we played good hockey, but we just couldn’t get the result,” Bird said.

“Some key players for us this weekend, and for the whole season, were Caroline and Theresa in the midfield, then Molly [McAndrew] and [junior forward] Sam [Di Maio] on offense and Lisa as our center back,” Bird said.

The Patriot League Tournament, hosted by Boston University, will begin with semi-finals today and conclude with the final game on Sunday, November 4. The Leopards play first-seed Boston University in the semifinal. If Lafayette wins, they will play in the finals against the winner of the semifinal between second-seed American and third-seed Bucknell.

“I’m really confident in our team’s ability to win the championship this year,” van der Geest said. “We know our teammates and have learned how to work with them throughout the season.”

In their last game against the Terriers on Sept. 29, Lafayette fell to Boston with a 6-1 loss. According to Bird and van der Geest, the Leopards are an entirely different team since this loss.

“I think we’ve become much more unified and cohesive,” Bird said. “We’ve really found our possession and our game, and we’re all really excited.”