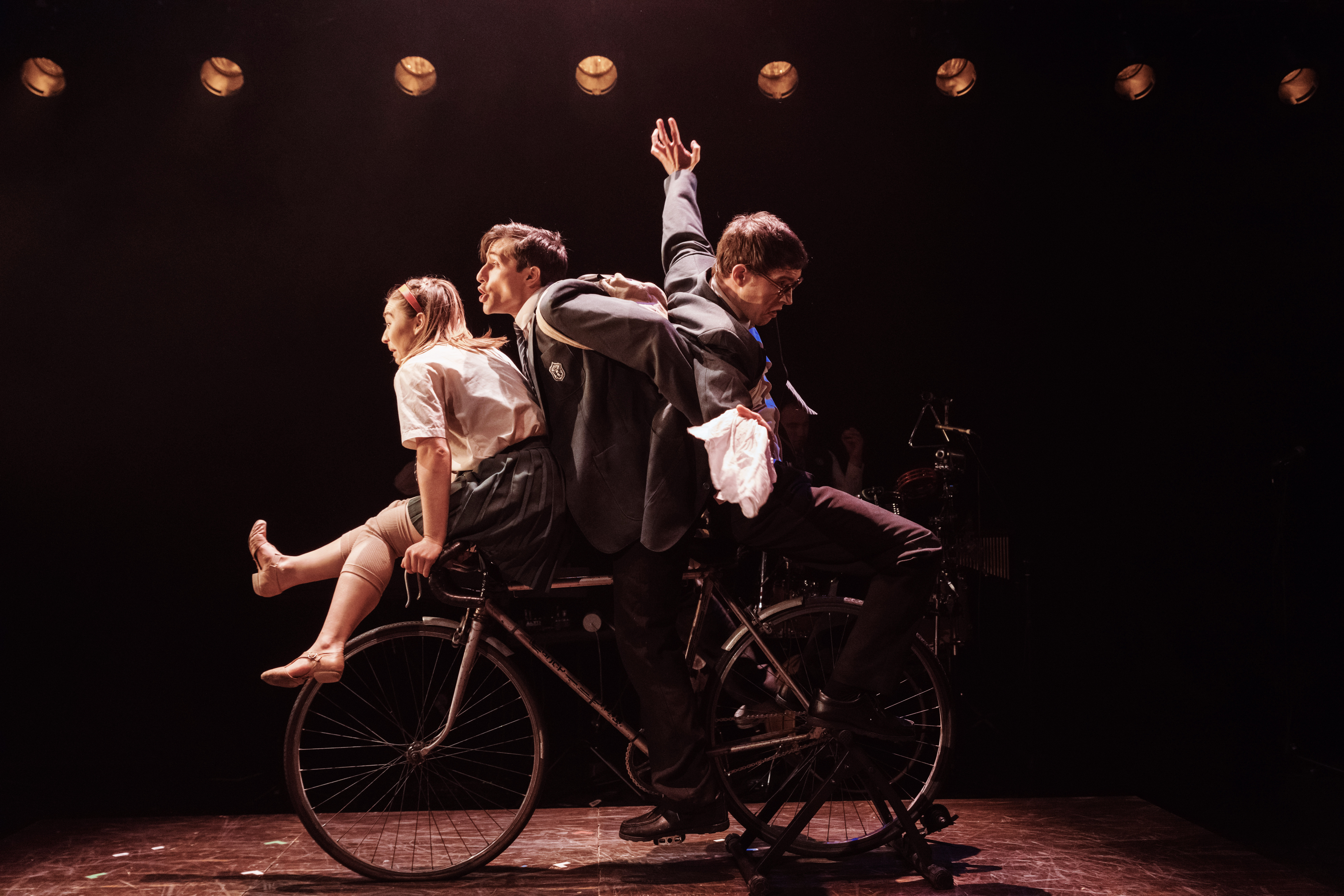 ‘The Nature of Forgetting’ will be performed at the Williams Center for the Arts tonight at 8. p.m. (Photo courtesy of Danilo Moroni)

“What is left when memory is gone? What makes memory still alive even though we lost [it all]?” Those are the the questions that Guillaume Pige hopes that “The Nature of Forgetting” answers.

Pige said that if there is one thing he hopes the audiences takes away from the play, it’s that “the realization that the present moment is the most important thing. That living in this moment, it is what we should all cherish and love.”

Pige is an artistic director, actor, skilled mime, magician and the founder of Theatre Re, the company that will perform “The Nature of Forgetting” at the Williams Center for the Arts today at 8. p.m.

“The Nature of Forgetting” represents a story of a 55-year-old Tom (played by Pige) whose memories deteriorate due to dementia. The performance focuses on the universal feelings associated with memories conveyed through sounds and vivid images rather than dialogue.

“Ultimately, our piece is not about dementia. It is about the fragility of life and that eternal ‘something’ we all share that is left when memory is gone,” according to their website.

Pige said that it was important when creating the piece to differentiate the connection between old age and dementia, since dementia is a disease.

“There is a big difference between growing old and not remembering, and living with dementia. So it was very important for us to show that the character of Tom is 55, so quite young, but it was important so people would not make the mistake of old age and dementia. We wanted to show that he is not growing old, but in fact, dealing with a very specific condition.”

The performance is trying to “make an honest portrait of what happens to the brain when someone forgets,” he said. “We are trying to be open to the views, to the sight, connect the feel, and then engage [the senses to understand memory loss].”

Working through visual, action and movement is Pige’s preferred style of performance because it feels much more direct to the audience.

“My background is in mime so it is the theatre tradition I come from. And from my experience to communicate visually I don’t need to explain things, it is about…action, it is about movement, about the things you do straight away so you don’t need to explain them. In that way we are reaching people in a more direct way, but also it is what I like.”

The company did extensive research with scientists, interviewed people from different backgrounds, different communities and walks of life.

It was important for the team to work with UCL Neuroscience Professor Kate Jeffery for scientific facts in order to bring the performance to life. “Through the extensive research we have done in collaboration with [Jeffrey, we have found that] memory is visual, so that is why during the show….physicality and visual theatre works pretty well,” according to Pige.

Working with people that was outside of Pige’s field was very important to him because “it forces you to re-frame, to re-explain, to rediscover them [the obvious principles, knowledge from a particular field]. That is what [Theatre Re is] all about: re-inventing and re-discovering. I would highly encourage that [cross-collaboration between various fields of study] as it would bring a new perspective on everything that we do.”

Theatre Re is currently touring internationally, and according to Pige, the response that “The Nature of Forgetting” has received are not different across cultures since the play is meant to garner a more visceral response that doesn’t change depending on what culture someone comes from.

“Surprisingly, the response has been very enthusiastic, and very similar in most places where we’ve been. I know that due to the visual aspect people feel very touched,” he said. “It is not something that speaks to the intellect but it is an emotional response to the work, and because we are all humans.”