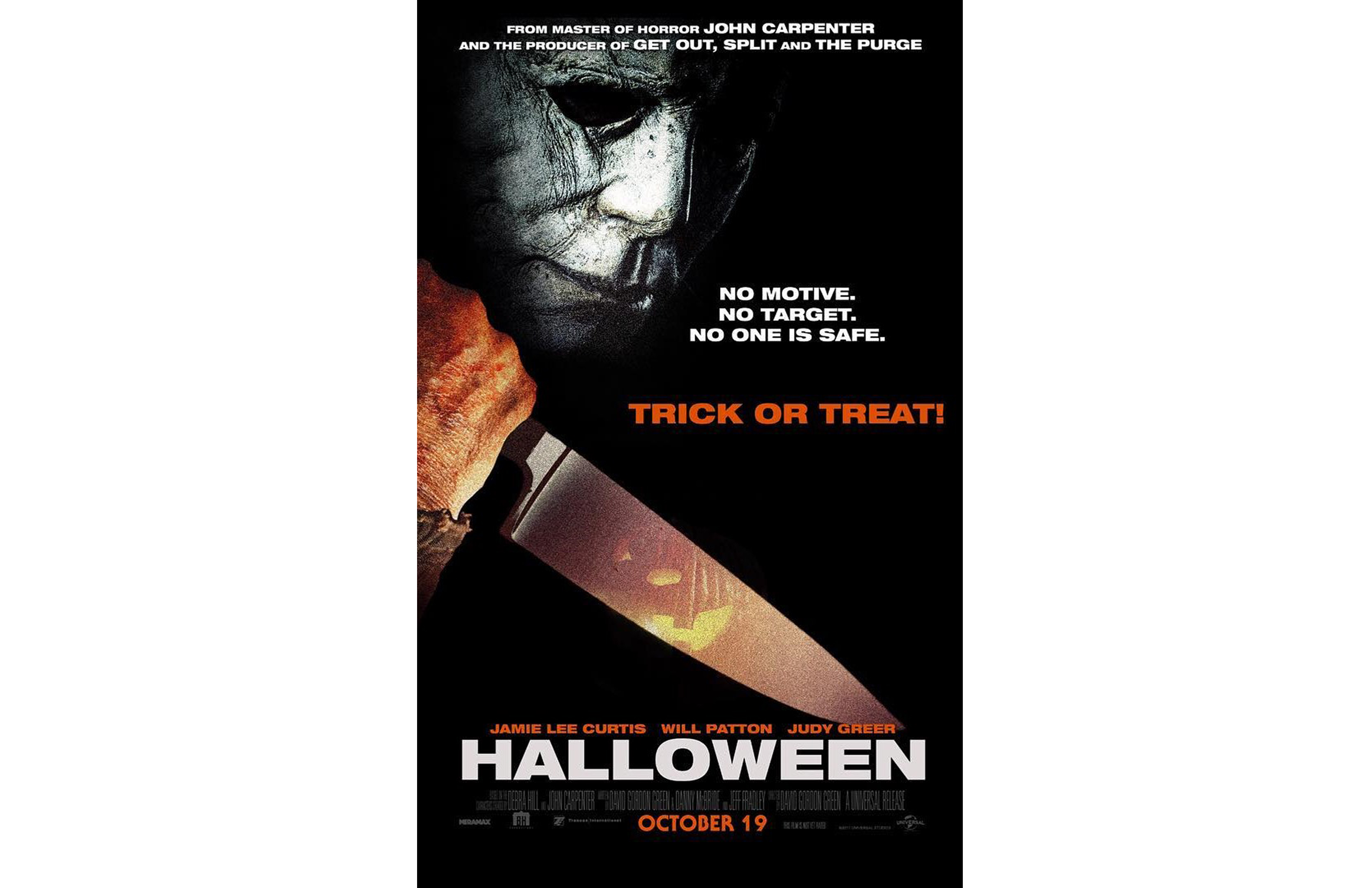 ‘Halloween’ (2018) picks up where it left off in the original movie in 1978. (Photo courtesy of Thehorrorsofhalloween.com)

“Halloween” (2018) is the result of what happens when a good filmmaking team is infused with passion and love for a genre that is usually passed off for being a joke. I’m not just talking about the horror genre—I’m talking about slasher films.

The most recent “Halloween” was partly directed, written and produced by David Gordon Green, who also directed “Pineapple Express.” The film stars Jamie Lee Curtis, who also starred in “Halloween” in 1978, Judy Greer and Andi Matichak.

Writers include Danny McBride and Jeff Fradley, with producers Green, McBride and director of the original film in 1978, John Carpenter.

Just as the first “Halloween” is about as scary and unpredictable as the world really is, the new “Halloween” reflects on the theme of unpredictability and what learning the brutal truth will do to someone.

“Halloween” picks up 40 years after the original left off. Legendary serial killer Michael Myers has drifted into history, becoming another infamous serial killer, like Jeffrey Dahmer and Charles Manson.

Myers spends the rest of his days at Smith’s Grove Sanitarium, which is an institution for the criminally insane. Meanwhile, lone survivor Laurie Strode has been traumatized by the events that happened in the original film in 1978, and thus locks herself up as a hermit waiting for the day that she can kill Myers herself.

Following the events of the first film, Strode tried to cope and live a normal life and even had a daughter, Karen, played by Judy Greer. Strode maintains limited contact with her family. Meanwhile, Myers escapes from Smith’s Grove to a new hospital and is then free to return to his masked killing spree.

“Halloween” (2018) brings back large parts of the creative team from the original. Carpenter is back scoring the film and it feels perfectly updated to todays standards. It maintains the iconic theme and moments while bringing in new focus that raises the tension at times beyond that of the original.

Green’s film throws out the muddy continuity of the previous ten films that all pretty much suck with the exception of the original film in 1978.

The series tends to lean towards the theme of Myers hunting down his extended family, whereas the new film throws all of that away and returns him to being an unstoppable killing machine.

By returning Myers to this unmotivated killing force, he remains shrouded in mystery and the events that follow feel like they could happen at anytime to anyone. This theme is what the original is all about and the new movie is the first to capture that spirit in 40 years.

However, the new “Halloween” isn’t just a return to Myers’ roots as a motiveless killer. The film falls back on the “Final Girl” syndrome, as defined by UC Berkeley Professor Carol J Clover in her book “Men, Women, and Chain Saws” (1992), as a thematic element that leaves one surviving woman to face off against the masked monster of the film.

The original “Halloween” was groundbreaking and scared generations of movie goers. The new film, while an absolutely worthy sequel, differs in simplicity from the original. We didn’t know who or what Myers really was, only that he was “pure evil.” The new film makes a note to recapture that, while still not making it its main goal.

The only gripe I have with the new film is that it makes a character decision at about midway point in order to steer the plot in a certain direction. The plot point feels completely ridiculous and feels jarring in comparison to the excellence of the rest of the movie.

“Halloween” (2018) is one of the best slasher movies we’ve gotten in years, and everything came together to make it what it is. Watch the original first, then get yourself out to the theater to see the new film.