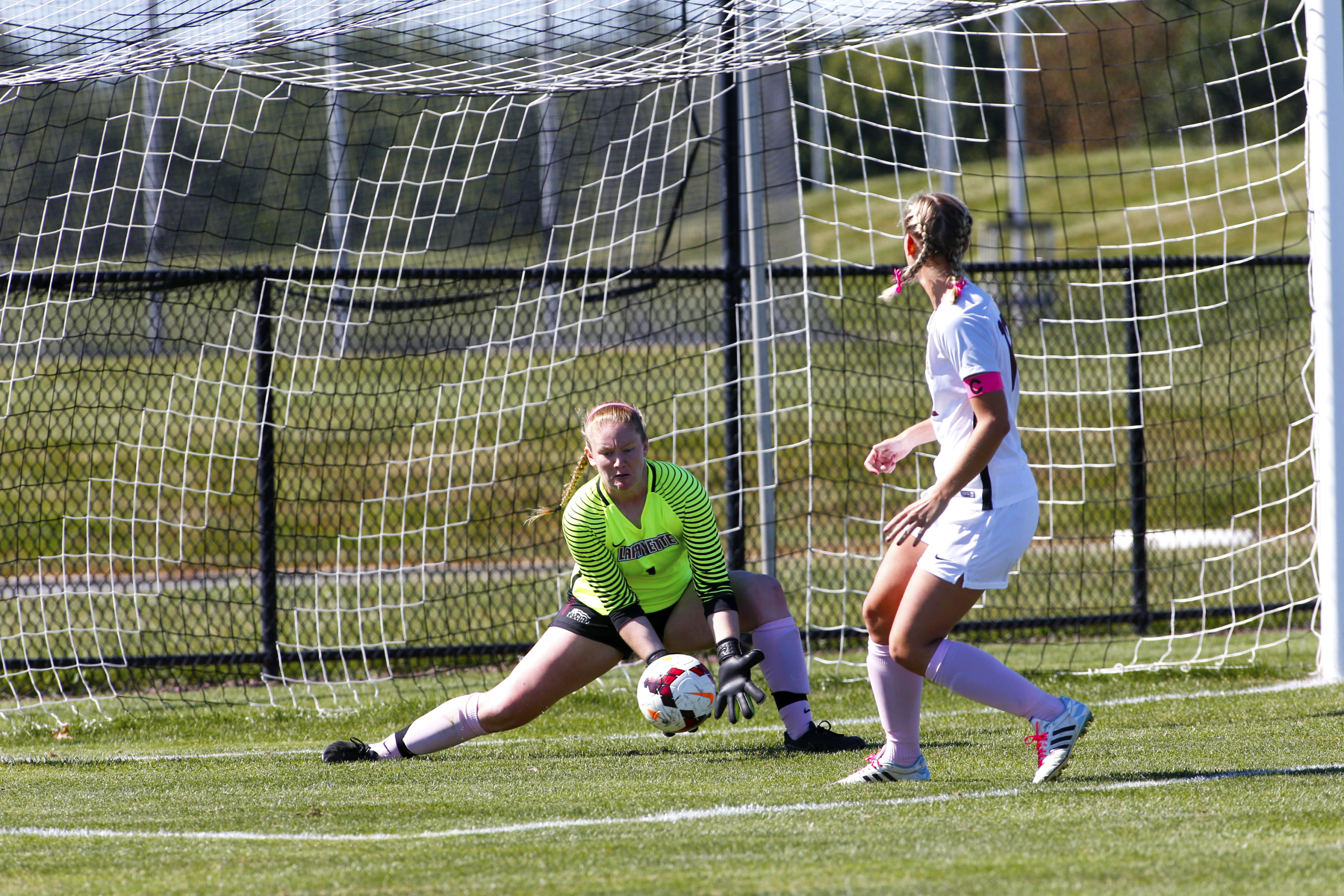 The Leopard’s women’s soccer team continued to struggle to find the back of the net, dropping a 2-0 contest to American in Washington, D.C., on Sunday, Oct. 21. The loss marks the eighth consecutive loss for Lafayette, as they have a total of one goal during their eight-game losing streak.

The Maroon and White kept the game tied until the second half when they gave up two goals in a span of 15 minutes before the game finished with Lafayette unable to mount a comeback.

The Leopards were mostly stagnant on offense, as they managed just four shots total against American. Of those four shots just two were on goal, one by senior captain Alex Stanford and the other by sophomore forward Krista Kissel.

The teams finished with an even six fouls apiece, while Lafayette held a slight 3-2 advantage on corner kicks. Sophomore goalkeeper Maggie Pohl had four saves which helped keep the game in reach during the first half.

With the loss, the Leopards were eliminated from contention for a spot in the Patriot League tournament which starts on Tuesday, Oct. 30. As of now, Colgate, Boston University, Navy and Bucknell all have clinched a spot in the six-team tournament.

The Maroon and White will play their final game of the season tomorrow against Loyola Maryland. The game will take place at Oaks Stadium on Lafayette’s senior day at 1 p.m. Senior midfielders Katie Brannigan, Meagan McGurl, and Gabrielle Martone, defenders Lauren Johnson and Annika Sheehan, and Stanford will be recognized prior to the game.

The Leopards will face the Greyhounds with a current record of 1-7-0 in the Patriot League and 4-12-0 overall.