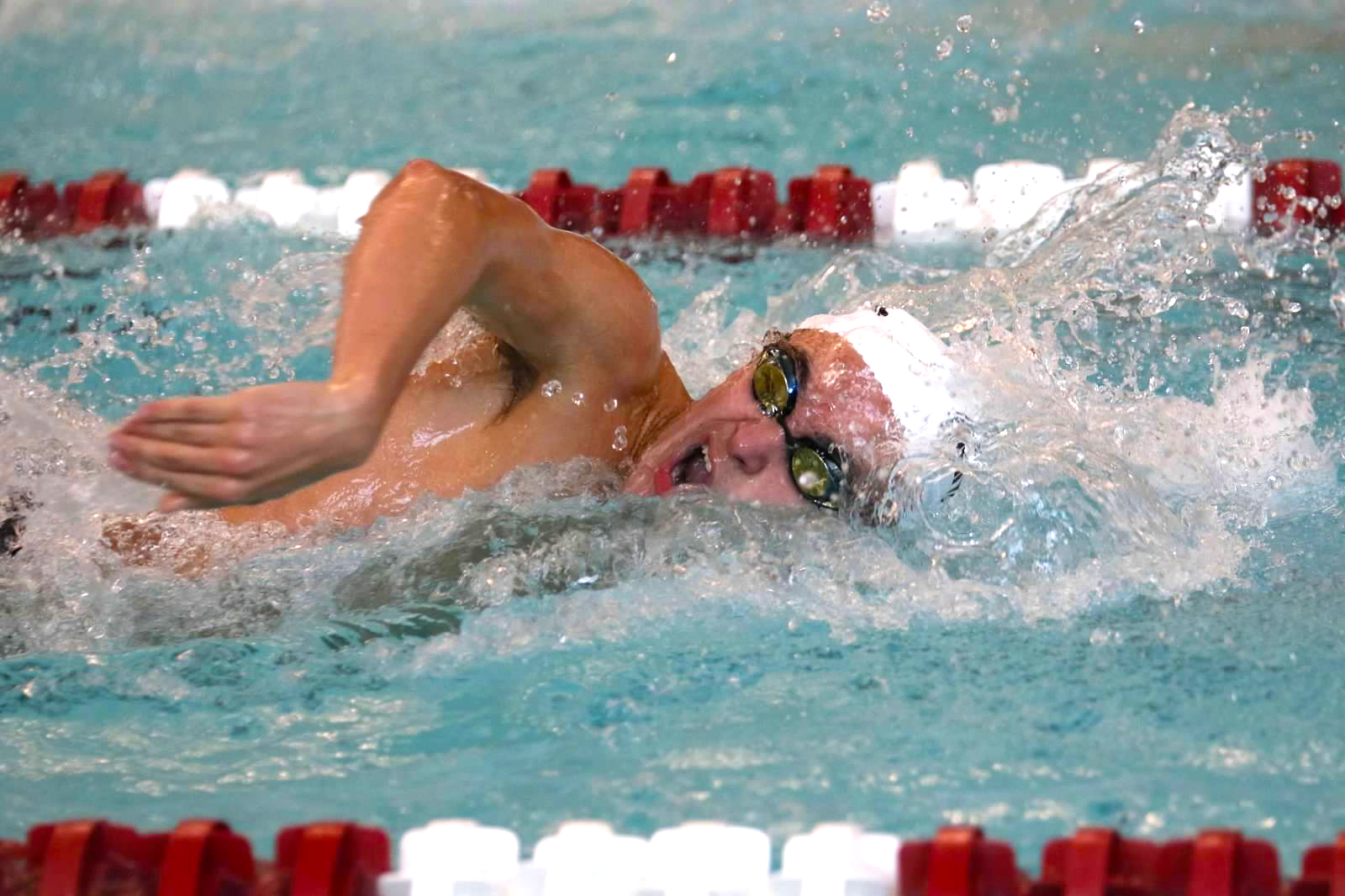 Men’s and women’s swim dropped their 2nd meet of the season against Loyola Maryland. (Photo courtesy of Athletic Communications)

The Lafayette men’s and women’s swim and dive team lost their opening meet of the season to fellow Patriot League competitor Loyola in Baltimore, Md., on Saturday, Oct. 20. The men were outscored 157-110 and the women’s team suffered a similar defeat, 179-106.

For the women, the Leopards ‘A’ team of senior Faye Melekos, junior Anne Marie Mozrall, and freshmen Tara Leinenger and Emily Wilson finished their 400-yard medley relay with a time of 4:08.92, good for second place in the event.

In the 200-yard freestyle, the group of Mozrall, Wilson, Melekos, and junior Brinton Coombs finished their race with a time of 1:43.00 for a first place finish.

On the men’s side, the 400-yard medley relay team of senior Kyle Doherty, sophomore Tanner McFarland, and freshmen Naoki Nomura and Michael Gorgan finished the 400 in 3:36.93 resulting in a third place finish. McFarland also took first in the men’s 200-yard butterfly with a time of 1:57.25. Sophomore Kyle Goodwill captured gold in the 200-yard individual medley, swimming 2:03.59.

Later in the day, the 200-yard freestyle relay team of Gorgon, Doherty, junior Bryce Currie, and sophomore Ethan Miller were victorious with their time of 1:27.59, a full seven seconds ahead of the second place team, also from Lafayette, consisting of freshman Justin Lloyd and Taylor Duque, and sophomores Ryan van Dijk and Chris Veatch, who finished at 1:34.86.

After adding 25 first-year swimmers to the team, head coach James Dailey discussed how his group is still working out the early-season kinks, noting how “the first dual meet is always really exciting and also filled with a lot of anxiety. All of [the swimmers] had a least two great swims and one that maybe didn’t go as well as anticipated.”

The freshman men in the relay races had some exceptional performances in their individual races, as well. Nomura placed first in the 100-yard butterfly, swimming 54.63, and finishing third in the 200-yard butterfly with a time of 2:02.41. In the men’s 1000-yard freestyle Lloyd took second, with 10:00.45, just a few seconds behind the first place finisher from the Greyhounds. Lloyd also finished first the in 500-yard freestyle, swimming 4:45.83. Gorgon ended the day placing third in the 100-yard breaststroke with a finals time of 1:01.31.

Dailey hopes his team continues to improve as the season’s schedule starts to pick up in the coming months, in anticipation of the Patriot League championships in mid-February.

“My goals for the team are to improve every time we compete,” Dailey said. “There is some pretty stiff competition in the league and every dual meet is a test for us to improve and be ready for our championship meet in February.”

Although neither the men nor the women emerged with a win, the Leopards expressed a strong mentality for upcoming season.

“The main goal from the beginning of the season to the end of the season is to always improve at every opportunity possible whether that be a lift, practice, or meet,” Currie said. “I think that this is a great driving force for keeping us focused and motivated in the long run.”

The Leopards return to action at home next Saturday, Nov. 3 at 12:00 p.m. in a quad meet against Bucknell, Navy and American.