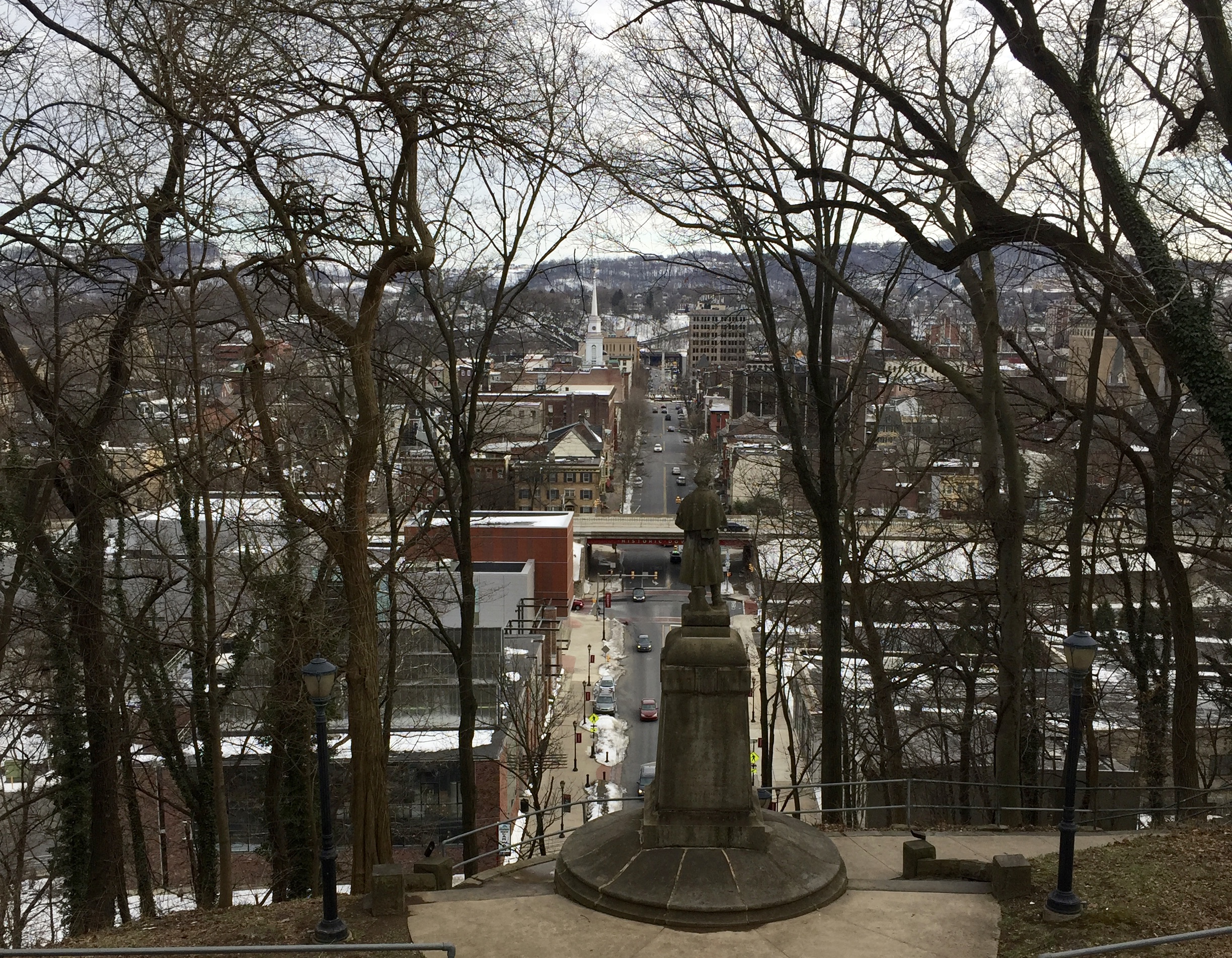 Election day is Nov. 6 and the midterm elections this year have important implications and could result in the turnover of one of the two houses in Washington, D.C. The midterm voting results of recently-redistricted Pennsylvania could be key in deciding who gains control of the houses of Congress, according to an article in The Morning Call by two experts in public affairs.

Easton sits in Pennsylvania’s newly drawn seventh congressional district, which was created after the Pennsylvania Supreme Court ruled last January that the original districts had been gerrymandered and redrew them. “Now Republicans are probably underdogs to hold the new seventh,” according to the New York Times.

In Pennsylvania, both the state senate and house democrats are running unopposed. Currently in the Pennsylvania house, the Republicans holds a super majority of 121 seats to a mere 78 for the democrats. Club president of the College Democrats Daniel Markovits ’20 believes it will be tough for the Democrats to gain majority.

Markovits has heard from those working on campaigns there is a good chance democrats will pick up around ten seats in the state house. Not enough to get a majority, but enough to make it closer.

“I’m not sure if it is gerrymandered, or an urban-rural divide, but it’s very hard for democrats to win the state house in Pennsylvania,” Markovits said.

There are no competitive local races, but the race for U.S. congress in seventh district, of which Northampton County is a part of, is tight. The seventh district has fallen between Democratic nominee, Susan Wild, and Republican nominee, Marty Nothstein. The battle for the seat is close, with Wild only slightly up in the polls, according to an article by The Morning Call.

Currently, a live and continuing New York Times poll shows Wild with an eight-point lead over Nothstein, with 50% out of 539 voters polled going for Wild and 42% for Nothstein. The article notes that the pool of respondents is small and the numbers could “easily” have a five-point margin of error.

Wild stands for many values and, according to Markovits, her main points are on opioids, healthcare, social security and women’s rights.

Wild has field offices across the state.

“Her campaign strategy is really focused on grassroots organizing and talking to individuals,” Markovits said. “The fact that she runs on these issues comes from the fact that she has been out in the community.”

Wild was recently on a list of democrats who raised more than one million dollars. This money came solely from small donors, numbering around eleven thousand. Markovits believes this shows the extent of Wild’s grassroots support.

On the other side of the political compass, Nothstein is “what you would expect out of a Republican,” Charles Nutaitis ’20, Vice President of College Republicans, said. Nothstein was the chairman of the Board of Commissioners of Lehigh County and is now running against Wild in the upcoming election.

He has a focus on the economy, tax cuts and is a supporter of small businesses, Nutaitis said. Nothstein’s website states that he is in support of the “tax reform” passed by President Donald Trump and the Republicans.

Nothstein spoke out in response to Trump meeting with Vladimir Putin in July, declaring that “Russia is not an ally” and that “we need to confront any Russian interference without hesitation or weakness.”

“He is a Washington outsider,” Nutaitis added in regards to Nothstein’s minimal political experience.

“[With] Marty Nothstein, you can be more sure. He’s in it for the Lehigh valley, not the Republican party,” Nutaitis said. “He has that perfect balance.”

Nothstein also has a focus on the opioid crisis, with a comprehensive federal approach through funding for treatment and punishment for pushers. He also states on his website that illegal drugs are coming across borders and therefore tighter border security will help control the opioid crisis.

Wild’s Penn Dems Communications Director Jack Weisman told the Daily Pennsylvanian that “[Wild] is one of the many people across the country who was fed up with the Trump administration’s constant attacks on health care and education, which to her are the most important issues.”

Wild believes in limiting the amount of money health insurance and drug companies can pour into lobbying campaigns to protect themselves.

Nutaitis has been working with Nothstein’s campaign since the summer.

“I have been going door knocking for him,” Nutaitis said.

Nutaitis also goes to the local campaign office on the weekends. He is assigned a township and given a list of doors to knock on. Depending on where he is sent, the response is not always positive, especially in more democratic areas.

Currently the College Republicans are focusing on setting up a debate with the College Democrats, but if students are interested in canvassing they can get them in contact with Nothstein’s campaign.

College Democrats have been focusing on the election, and there are many volunteer opportunities in the upcoming weeks, including canvasing and volunteering with the campaign every weekend, and phone banking in Farinon on Thursdays. They have already knocked on around 600 doors and hope to hit 2,000, which Markovits acknowledges is a lofty goal.

Nutaitis said that the most important thing any student can do to help is to go vote. The deadline for voter registration in Pennsylvania was Oct. 9.

Correction: This article cites a piece in The New York Times, entitled “The New Pennsylvania Congressional Map, District by District,” which seems to have erred in reporting that Hillary Clinton won the new seventh district by 30 points. It seems the article was referring to the new fifth district. That sentence referencing Clinton’s 30-point win has been deleted from this article, and replaced with one from the same Times article that is more indicative of the new seventh district’s more evenly-matched political makeup.

The Wild campaign was extremely rude to me when I went into the Easton city office a few weeks ago. I told them I would knock doors in College Hill, but they demanded I go to Bethlehem for the day instead and had to rely on my own transportation. I am a registered Dem who will not be voting for Susan this November.