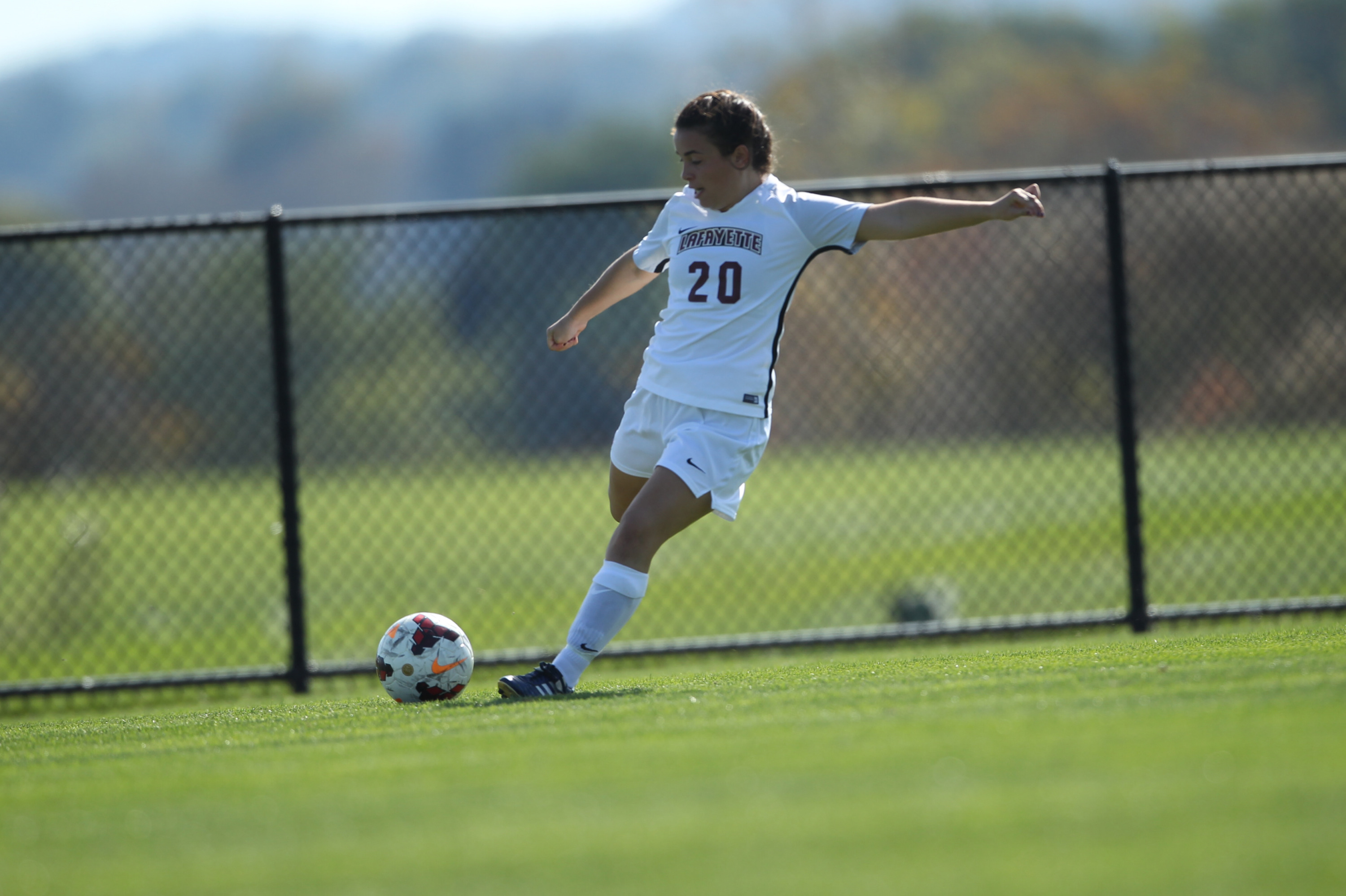 Women’s soccer was shut out for the sixth time in its last seven games. (Photo courtesy of Athletic Communications)

The Leopards women’s soccer team had high hopes for their rivalry game against Lehigh, but suffered a tough 4-1 loss on Saturday, Oct 13. The Maroon and White couldn’t seem to bring enough energy, as Lehigh dominated from the start of the game, playing mostly on Lafayette’s half.

The Mountain Hawks scored within the first two minutes to put the Leopards in an early hole. Immediately after a Lehigh foul, senior midfielder Katie Brannigan buried a free kick in the top right corner, equalizing the match. It didn’t take long for the Mountain Hawks to regain the lead, scoring only 18 seconds after Brannigan’s free-kick. Lehigh led at the half, 3-1.

“I thought the game did not quite go as we had expected and we were disappointed to walk away with a loss, especially against our rival,” senior defender Annika Sheehan said. “Going into the game I was ready to put up a fight as I knew Lehigh was going to come out strong. We were both looking to gain three points in order to move ahead in the standings so I knew it was going to be an intense match. I definitely had some nerves as game time got closer but was excited to play.”

Sophomore goalkeeper Maggie Pohl had an excellent game despite facing pressure throughout the contest, recording a season-high 11 saves on 15 shots on goal.

“[Pohl] was definitely an outstanding player in the game and made some amazing saves,” Sheehan said. “She had a lot coming at her the whole game as Lehigh was constantly attacking and going at her. It is not easy being a goalie and she handles it very well.”

The Leopards suffered a seventh consecutive loss after being shut out by Navy, 1-0 on Wednesday, Oct. 17. The offensive struggles continued for Lafayette, as they managed just one shot on goal and have now been shut out six times in their past seven games. Senior forward Alex Stanford recorded the lone shot on goal, while Pohl stopped one of two shots on goal from Navy.
The Midshipmen held the advantage on corner kicks, 3-2, but committed seven fouls compared to Lafayette’s six.

“I think we need to focus on staying positive for our next games,” said senior midfielder Meagan McGurl. “We also need to make sure that we create more chances and focus on finishing those chances.”

The Leopards will travel to Washington, D.C., for a Patriot League matchup with American on Sunday, Oct. 21 in their second-to-last game of the season.