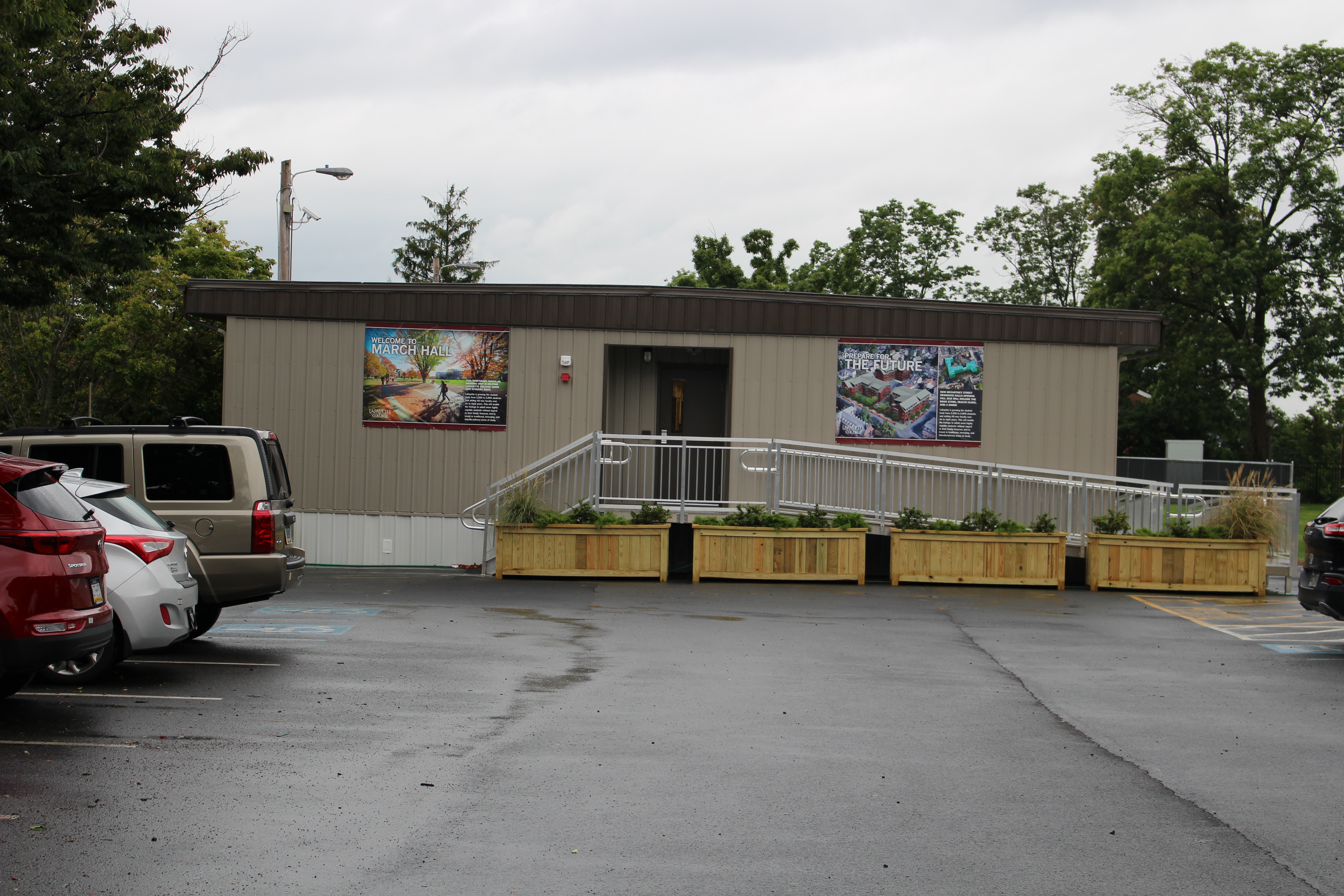 Students living in Ramer Hall were greeted by an unwelcome guest this homecoming weekend: mold.

The mold was originally discovered by Ramer Hall resident Liz Scinto ’21, whose bed was directly above the air conditioning unit in her room.

“I noticed that my the overhang of my comforter looked a little dirty and I wondered if it was dust that the AC had blown into it. When I went to brush it off, I realized that I was actually mold…the mold was not only on my comforter, but also my sheets, both sides of my bed board and all over the underside of my mattress. I had my bed board cleaned that night and my mattress replaced,” Scinto wrote in an email.

Director of Facilities Operations Bruce Ferretti said he believes the complaint was received by facilities on Oct. 13 by Lafayette College Public Safety, with the information originating from the Office of Residence Life.

Facilities operations employees removed the contaminated mattresses and bed boards from Ramer. Ferretti said that 12 mattresses were replaced, no other furniture was damaged that he is aware of and no one was moved out of Ramer to his knowledge.

That Sunday night, facilities operations staff replaced all the floor’s mattresses, scrubbed the bed boards down with bleach and vinegar and cleaned out the air conditioners, which can cause moisture in the air, according to Ferretti.

Ferretti said an analysis of the mold had not been conducted to see if the mold could be dangerous to students’ health.

According to the Center for Disease Control (CDC), for people who are sensitive to mold, various symptoms can occur: “nasal stuffiness, throat irritation, coughing or wheezing, eye irritation, or, in some cases, skin irritation.” With a mold allergy or a preexisting conditions such as a chronic lung illness, one could have a more serious reaction, the CDC website states.

The mold issues in Ramer were contained to the third floor, home to the special interest Music Appreciation Floor (MAFia). Last week, a room in March Hall had to be evacuated due to mold. The residents said they had gotten their room checked out a few times due to a constant musty smell, but it wasn’t until after the fall break that mold was found.

Ferretti said that this is the only incident he is aware of in March Hall, and that the two students were relocated to a different building for the time being. It occurred as a result of a leak from the air conditioning condensate pan which saturated the carpeting.

In rooms with centralized air, “the area around the fan coil unit should be keep free of obstructions or mold could grow there if conditions are conducive to its growth,” Ferretti added.

Keefe Hall was also suspected of containing mold in rooms. Keefe Hall Resident Owen McKenna ’21 said the resident advisors in Keefe informed all residents through GroupMe that there was a mold problem in a few rooms on the top two floors.

Ferretti said, however, that the mold suspicion in Keefe was dust and dirt, not mold.

Mold was also a problem for some students at the beginning of the school year, mostly related to air conditioning units.

Joseph Delua ’22 said that in the first few weeks of the semester, his neighbors told him they had mold in their AC unit, making the room smell bad.

Adam Bramson ’20, a resident of Kirby Hall, said that two rooms in his building, including his own, had to be fumigated or cleaned out for black-tinged mold within the last month. Bramson said he believes is was related to the air conditioning units.

Ferretti said he believes mold issues at the beginning of the year were a results of high humidity. Additionally, he said he is sure there are other buildings on campus that could be experiencing similar problems.

“Any time that sufficient moisture is present, mold could grow. However significant mold growth requires moisture, food sources, time and a surface capable of sustaining growth,” Ferretti wrote. “Suspected areas of mold growth should be reported to the Resident Advisor and eventually reported to Facilities Operations and Public Safety.”