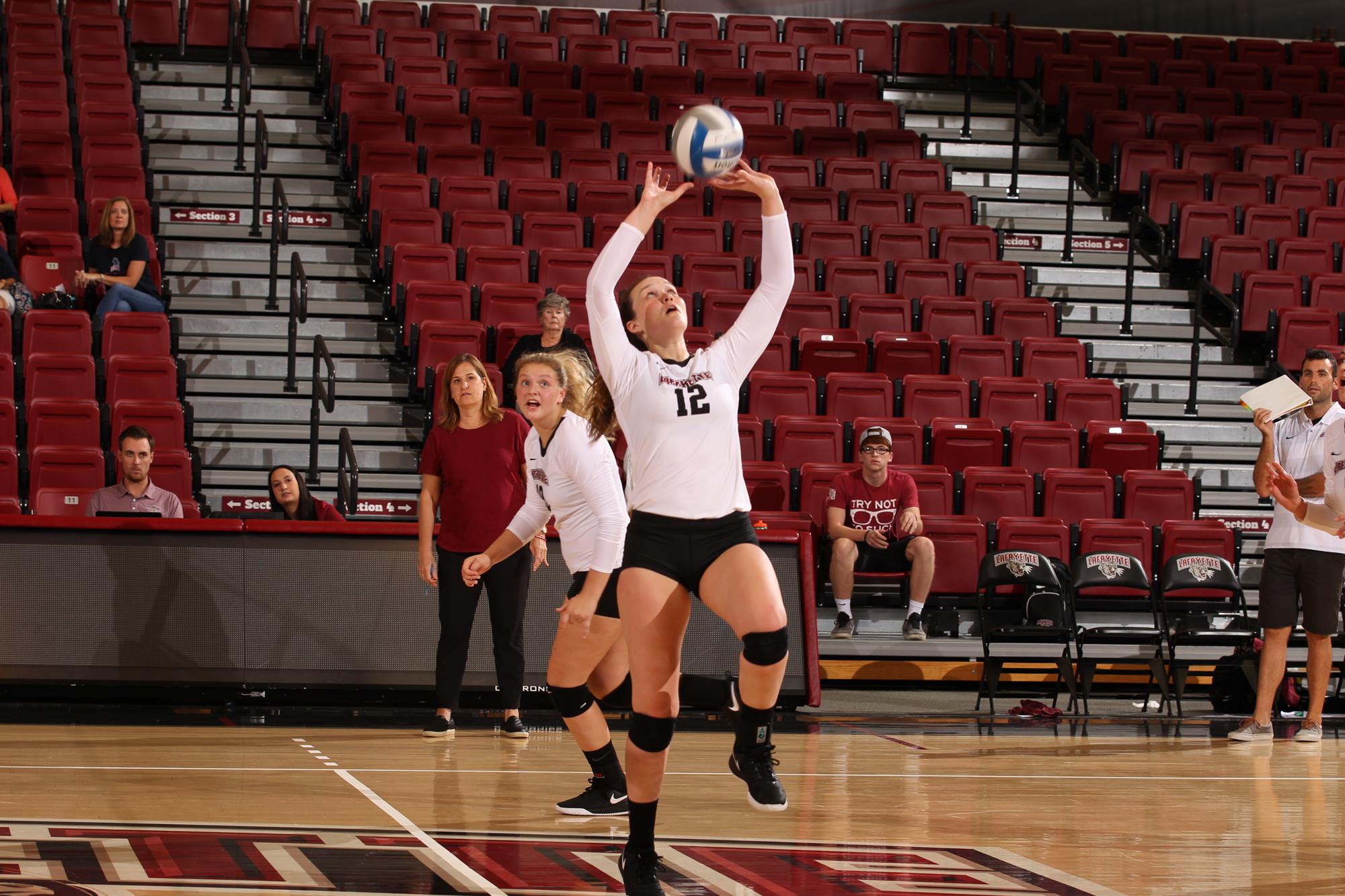 Now in their second week of Patriot League play, the Lafayette volleyball team is still looking for its first conference win. In four conference matchups, the Leopards have yet to win a single set, dropping each game 3-0. Lafayette traveled to New York to play Colgate and Army on Friday, Sept. 28 and Saturday, Sept. 29, respectively. In Lafayette’s loss to Colgate, freshman outside hitter Grace Tulevech had 10 kills and two blocks and junior co-captain and setter Julia Howard recorded 20 assists. Lafayette then lost to Army, with sophomore setter Jenna Bailey contributing eight kills and freshman outside hitter Kelly Austin adding seven kills and two blocks.

“This weekend was a big step for us, we played really well against Army,” Howard said. “It kind of changed the momentum for us, the scores might not have reflected that, but the energy was so much better, we were playing at a higher pace. Our expectations have been raised.”

This shift in momentum is huge for such a young team. Without a single senior on the team and with eight freshmen, some growing pains were to be expected. However, the team has really bonded, according to Kelly Austin.

“Because there are no seniors, everyone has to have an active role, because we’re all going to be here next year,” Austin said. “Our culture is big, and it’s something that we talk about a lot, especially with so many freshman contributing on the court, we all contribute to the culture in a certain way and we step up on the court as a result.”

Austin’s ambition to play demonstrates the spirit of the team this year. Despite spraining her ankle during the match against Army, Austin is looking to get back in games as soon as she can.

With Lafayette heading to Bethlehem for the Lehigh rivalry game, the team has developed a different mindset, Howard says.

“Leading up to Lehigh it’s going to be a lot of fast game play just to recreate the kind of atmosphere that comes with such a big rivalry match,” Howard said. “Before Friday, we’ll go to their gym and practice there, which will be really good for our freshmen. It’s [going to be] a different game than [our] others.”

Howard added that although all matches are important, there is more of an “emotional aspect” playing against Lehigh.

“When you go to their gym, it’s loud, and it’s really small, the fans are close to you. You can hear what they say. It’s just a more intense, emotional game,” she said. “It’s such a fun game because you know it’s going to be a good match. Lehigh’s a good team, but really anything can happen.”

Lafayette will head to Lehigh to play on Friday, Oct. 5 at 7 p.m.