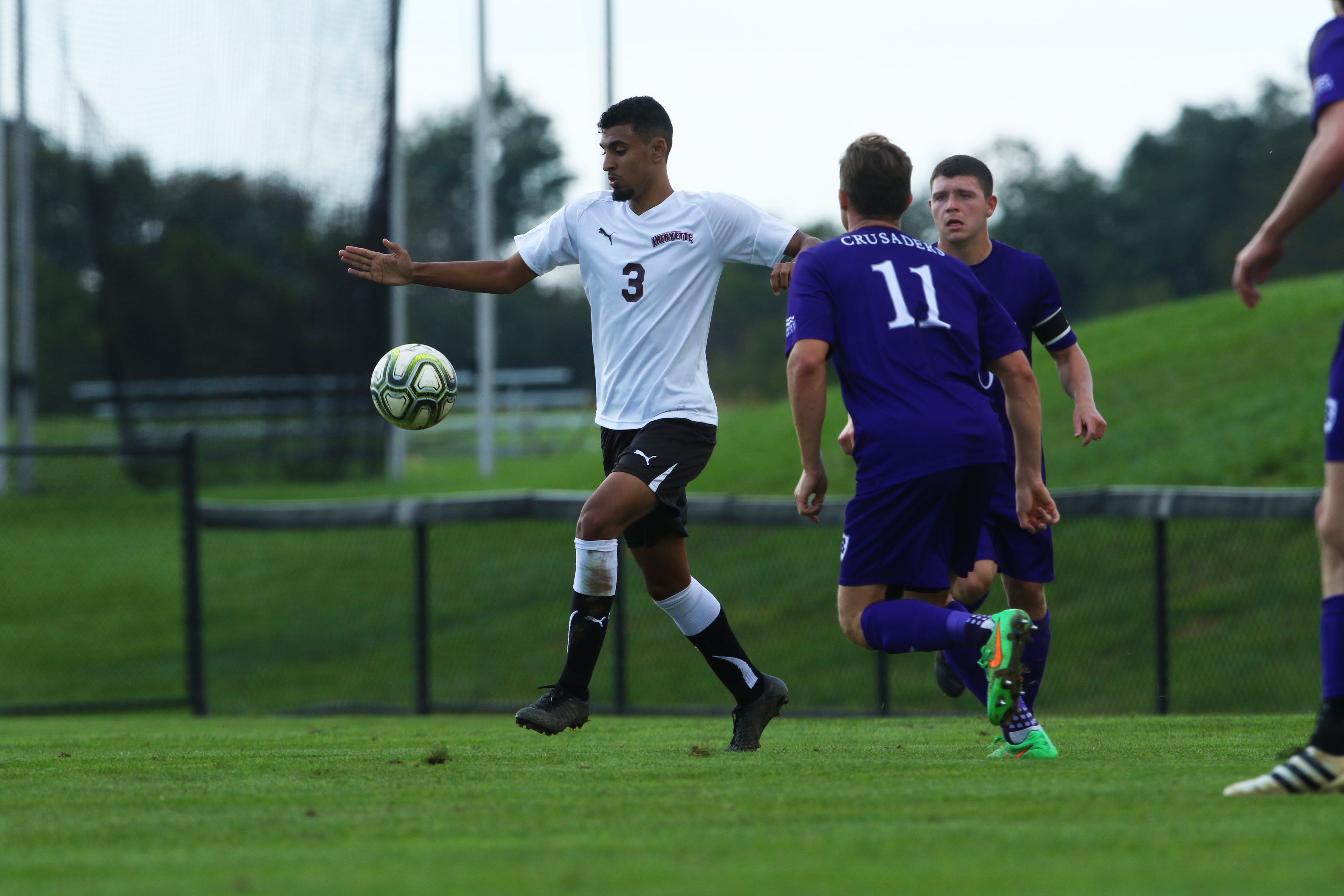 The Leopards men’s soccer team finished their last two games with a tie against Holy Cross and a close loss at Army.

The Leopards pushed Holy Cross all the way to a 1-1 draw after tying the game late in the second half on Saturday, Sept. 29 at Oaks Stadium. With a little over 10 minutes remaining, junior midfielder Ryan Goncalves sent a beautiful cross to fellow junior midfielder Chris Gomez, who scored to keep the Maroon and White in the game. After neither team could find the net in two 10 minute overtime periods, the game ended in a 1-1 draw.

Despite being unable to push the game into the win column, the Leopards performed well overall, outshooting Holy Cross 13-8 and holding a 6-4 advantage on corner kicks. Gomez was the game’s outstanding player with one goal and another shot attempt. Other Leopards had quality performances as well.

Freshman goaltender Alex Sutton had two saves to keep the team in the game, while freshman midfielder Conor O’Donnell and sophomore defenseman Andrew Venezia had some good runs and multiple scoring opportunities. Goncalves was consistent with multiple attempts at assists.

“It was positive to see us come back after giving up a late goal to tie the game before the end of regulation,” senior captain and defenseman Joe DeStefano said. “It shows the resilience this team has that I feel we have lacked in previous years.”

The energy the Leopards exhibited in the Holy Cross game makes them excited for the rest of their season and keeps them moving toward their goals of having a winning record, making playoffs, and winning the Patriot League.

Although the team plays two Patriot League teams in a span of four days, they are taking things one step at a time, junior captain Christian Williams says.

The first of those Patriot League games was a close one at West Point, which resulted in a 1-0 loss for the Leopards. The team took 13 shots, five of which were on goal, but the Black Knights’ goalkeeper was a perfect 5-5 in save opportunities.

Freshman defensive midfielder Nick Hazel was nearly able to force extra time in the dying seconds of the match, but his shot was a bit too high as the Leopards ran out of time to make a comeback.

Sutton made a pair of saves as the Lafayette defense allowed just three shots on goal out of 11 shots from the Black Knights. The one that connected, a corner kick converted in the 50th minute, ended up being the game-winner for Army.

The team now sits at 4-4-2 overall and 0-2-1 in the Patriot League heading into their next game at 3 p.m on Saturday, Oct. 6 at Boston University. A week after Boston, the team will face Lehigh in the rivalry game on Oct. 13.