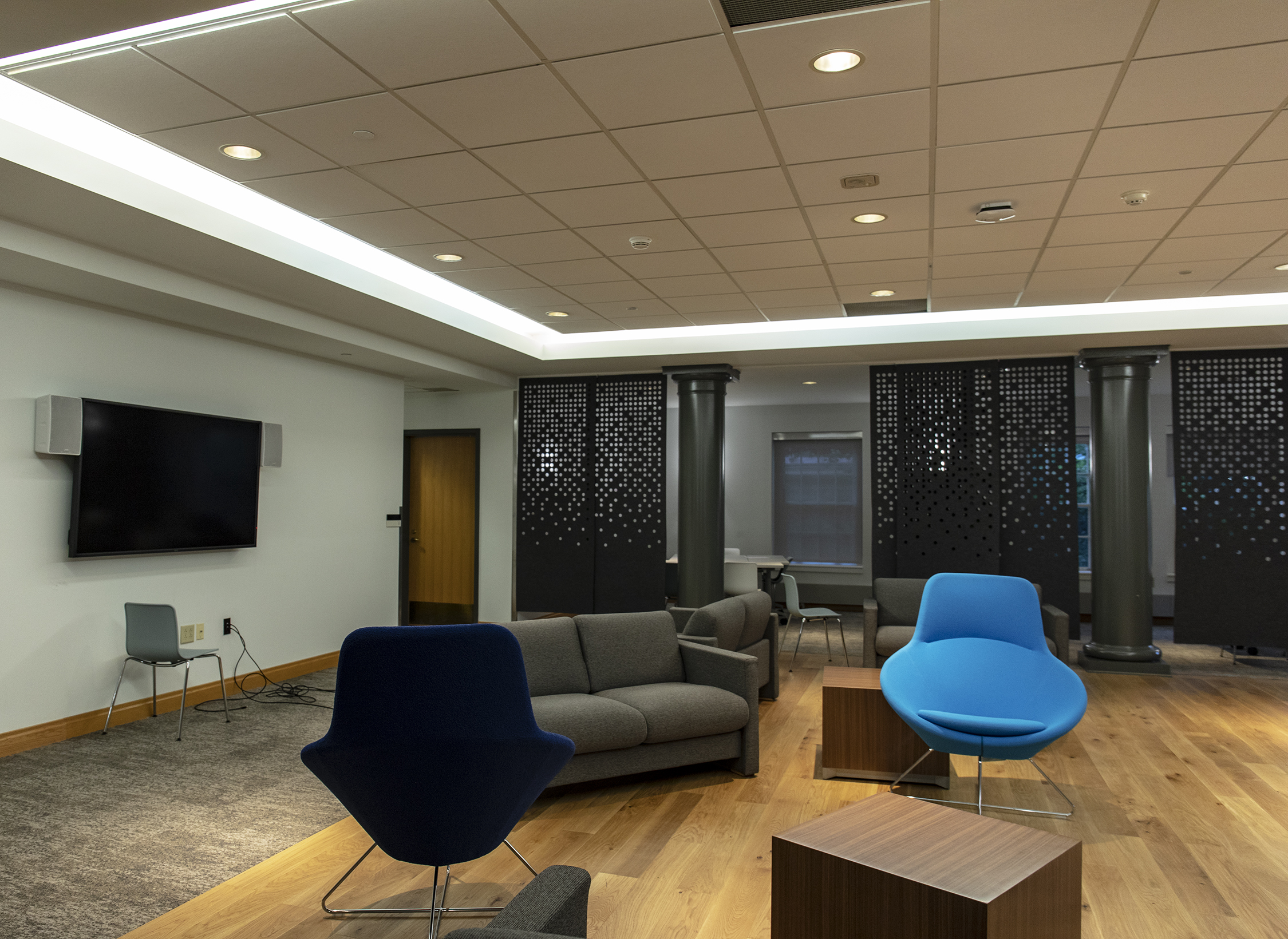 The common area in Keefe Hall was remodeled to provide a multipurpose, 24-hour space for students.(Photo by Elle Cox ’21)

Recent renovations to the Acopian Engineering Center and Keefe Commons are serving as new study spaces. The renovations serve a dual purpose: to accommodate for the increasing size of the student body and to modernize spaces that were outdated and predominantly unused.

The Keefe Commons, a common living space in Keefe Hall, has been transformed into a 24-hour study and event space that is accessible to all students with their checkpoints. The room also includes to spaces that can be reserved for studying or events using the college’s reservation system.

Roger Demareski, Vice President of Finance and Administration, said the additional space for the study area was taken from the space occupied by a kitchen that was never used and was funded through a capital request as part of the current fiscal year.

Keefe Hall opened around 20 years ago, and no renovations have been made since then, Director of Residence Life Grace Reynolds said. However, residence life saw the potential that the common room had to provide necessary additional space for student activities.

“We have carved out sections and subdivided the one large room so that we could create a second room, and increase the number of spaces that can be used for meetings. That was kind of the impetus for this, we knew there weren’t enough spaces for clubs, for meetings and for studying,” Reynolds said.

A conscious effort was made in order to maximize the space by dividing the room into smaller compartments, Reynolds added. There is now a large meeting room, stocked with brand new furniture and large whiteboards, that can be rented out for meetings or simply function as a private study space. Another study section is divided by a sliding wall and inside are whiteboard walls and seating.

The renovations to Acopian were funded by alumnae Antonio F. Fernandez ’81 and Susan DePhillips Fernandez ’83, according to Demareski. Before the renovations, the basement of Acopian had been used as a repairs facility for campus mechanics.

“It’s really all about hands-on learning down there. There are primarily four spaces: there’s a collaboration space, a maker space, a discovery space and a make-it space. The whole garage has a very industrial-like feel to it. You go in there and you just feel creative,” Hummel said.

Once fully completed, LeopardWorks will be used to encourage interdisciplinary work and will be involved in bridging a relationship between the sciences and engineering, Hummel said. While there are more machines to come, LeopardWorks currently has 3D printers, a vinyl cutter and a circuit board printer.