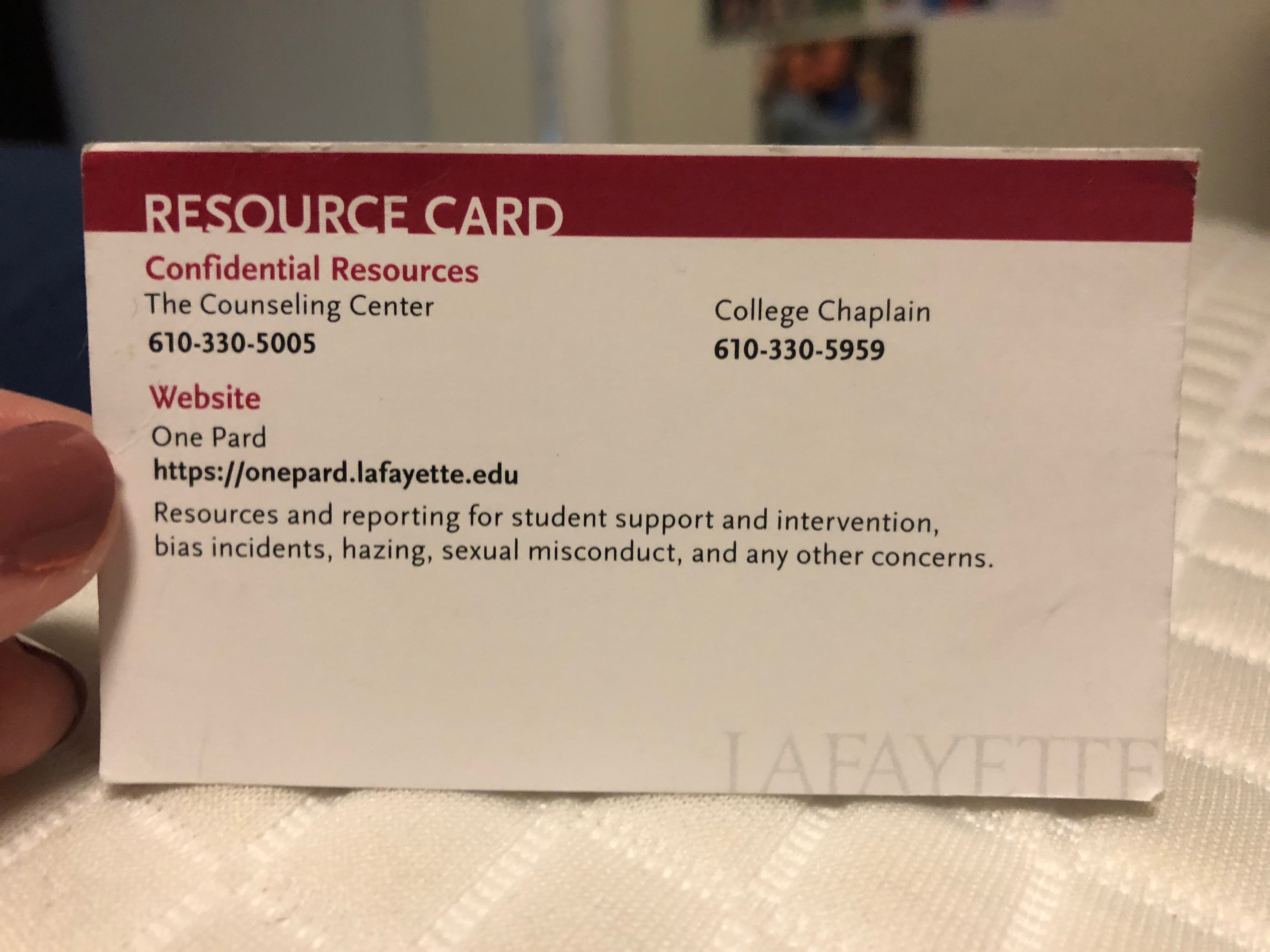 Meant to help ease access to resources for handling concerning behavior of peers, crimes and other incidents around campus, One Pard has already been utilized by some community members. (Photo by Deanna Hanchuk ’22)

While the college has not fully “launched” One Pard yet and will not do so until later this month, Assistant Dean of Students Jennifer Dize said that students and faculty have already utilized this online reporting system for various incidents.

Dize said One Pard is intended to help ease access to resources for handling concerning behavior of peers, crimes and other incidents around campus. The online form lists several categories of incidents for a reporter to choose from, including bias incident, hazing, mental health concerns, relationship violence, sexual misconduct, substance abuse or other/unsure.

One Pard was formed by a collaborative effort between various departments within the division of campus life and spearheaded by Dize. The online form “can be submitted by any member of The Lafayette broader community,” One Pard’s website says, including students, faculty, staff, parents and alumni. Additionally, when reporting as either a bystander or someone directly involved in the incident, the person has the choice of whether or not they wish to remain anonymous.

Dize said that over the summer, when discussing initiatives and programming efforts in different areas around campus, there was a collective moment when various organizations representing the college realized they had similar intentions. However, at times, the overlapping messaging of the different initiatives caused potential for competition or distraction from one another’s messages.

“We [were all] saying that because we’re a community and we care about each other, part of taking care of each other is accessing these resources, reaching out when it seems like something is wrong, and then if it’s necessary, sharing that information with someone at the college to get an administrator’s help or to get a team of people’s help,” Dize said.

That’s when the college decided it would be beneficial to come together and find a way to provide one united message to campus about how to reach out for help in times of need.

“In the past they would have to choose is it a bias incident, is it something related to mental health, is it something that was sexualized and it goes through Title IX…and potentially something could fit into all three of those categories at the same time. So how [would] someone know where to go?” Dize said.

One Pard’s main goal, in this regard, is to make it easier for students to find and access resources they may need for themselves and also to share information with the college, Dize said.

Dize said the college has done a “soft launch” of the new program so far and that the full launch, which will involve educating the entire campus community about the program, is set for later this October.

“People who were here for training in the summer, student leaders like orientation leaders [ and resident advisors], they had an introduction to it as part of their training,” Dize said.

The introduction of One Pard was also incorporated into this year’s orientation for first-year and transfer students. According to Director of Student Involvement Kristin Cothran, all first-year students were introduced to One Pard in a facilitated discussion with orientation leaders after the program “Intervene,” which focused on successful bystander intervention.

The full launch will aim to inform the entire campus community and parents will also be informed in the next parent newsletter.

In addition to providing a simplified and accessible online resource, Dize said she hopes to extend One Pard to incorporate long-term programming throughout students’ four years to facilitate effective bystander intervention. However, for this year, her focus is on educating the campus community and spreading awareness about One Pard.

“I really just want students to know that there is one place to go to get resources for a variety of issues,” Dize said.