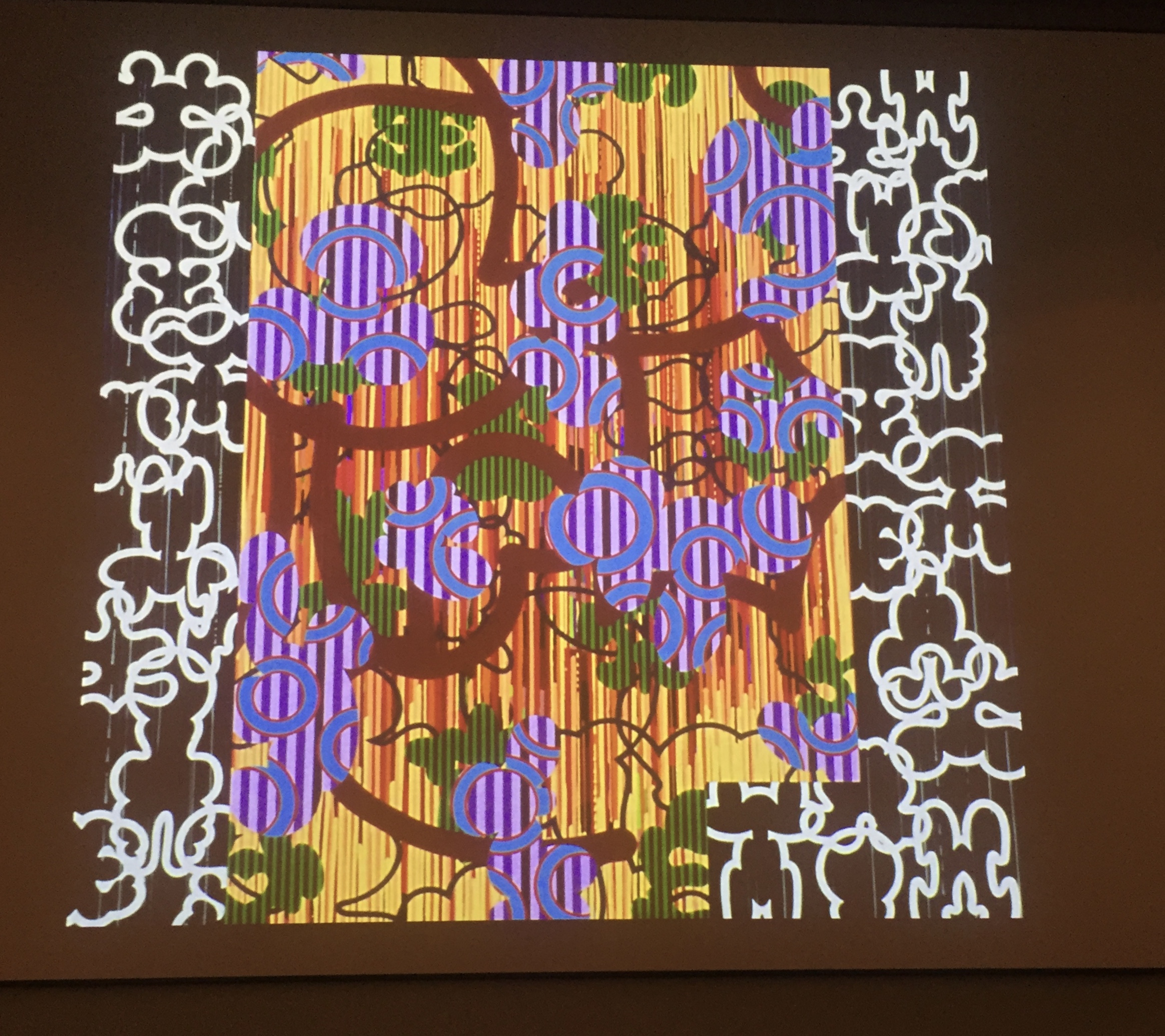 A prolific painter based in Philadelphia and a graduate of Yale University School of Art, Charles Burwell spoke at the college on Wednesday about his painting and the gradual transition his work has undergone as we move into the digital age.

After the start of his career, Burwell said he slowly began to break out and explore art forms outside the Western framework, beginning with a trip to the Frick Collection in New York City where he saw a lot of Indian and Persian manuscript paintings.

This experience, Burwell said, led him down the path of exploring pre-historic imagery, such as cave paintings. Burwell considers this interest a response to graduate school and the heavy-handed dialogue taking place at Yale. Beginning in the 1980s, Burwell began exploring and thinking about the idea of reproduction, repetition and patterns. He started perusing books from the fields of archaeological and natural history and studying natural forms that later featured in his art in various ways. After a time, he even began to invent his own forms.

Moving into the ‘90s, Burwell detected a shift in his style which he attributed to the influences on him by other artists of the time. Architectural labyrinths and mazes begin to populate the ground of his paintings, with images from nature and Burwell’s own forms featuring prominently as well.

In the studio, Burwell realized how much time he spent deliberating on the right place to position various forms. Eventually, he came to the realization that it did not make much of a difference and began doing more planned layering. The layered aspect of Burwell’s work is perhaps the most integral to his style.

In the 21st century, Burwell began to use digital resources to accentuate his work. First, he combined graphite and digital, then used imagery from the computer. Eventually he began making digital versions of his paintings before executing them. Using a program like Photoshop, Burwell is able to envision and execute drawings he cannot do by hand.

Burwell’s impressive work has been exhibited at many galleries and museums. “[H]is work is represented in numerous collections, including the Philadelphia Museum of Art, the Cleveland Museum of Art and the Delaware Art Museum,” according to the Calendar of Events page on Burwell’s talk.

At the lecture, Art professor Pedro Barbeito introduced the Experimental Printmaking Institute (EPI), a professional printshop located on the college campus. The EPI brings two guest artists to campus each semester to give a talk and also work in the studio, potentially collaborating with students.

Charles Burwell is the first of these artists to talk this semester. Barbeito said that by discovering new people through conversations with others, “we interact with experiences disparate from our own.” Prior to graduate school at Yale University, Burwell said he had never worked around other people before and found that working next to others exerted various positive influences on him that helped shape his overall creative vision.