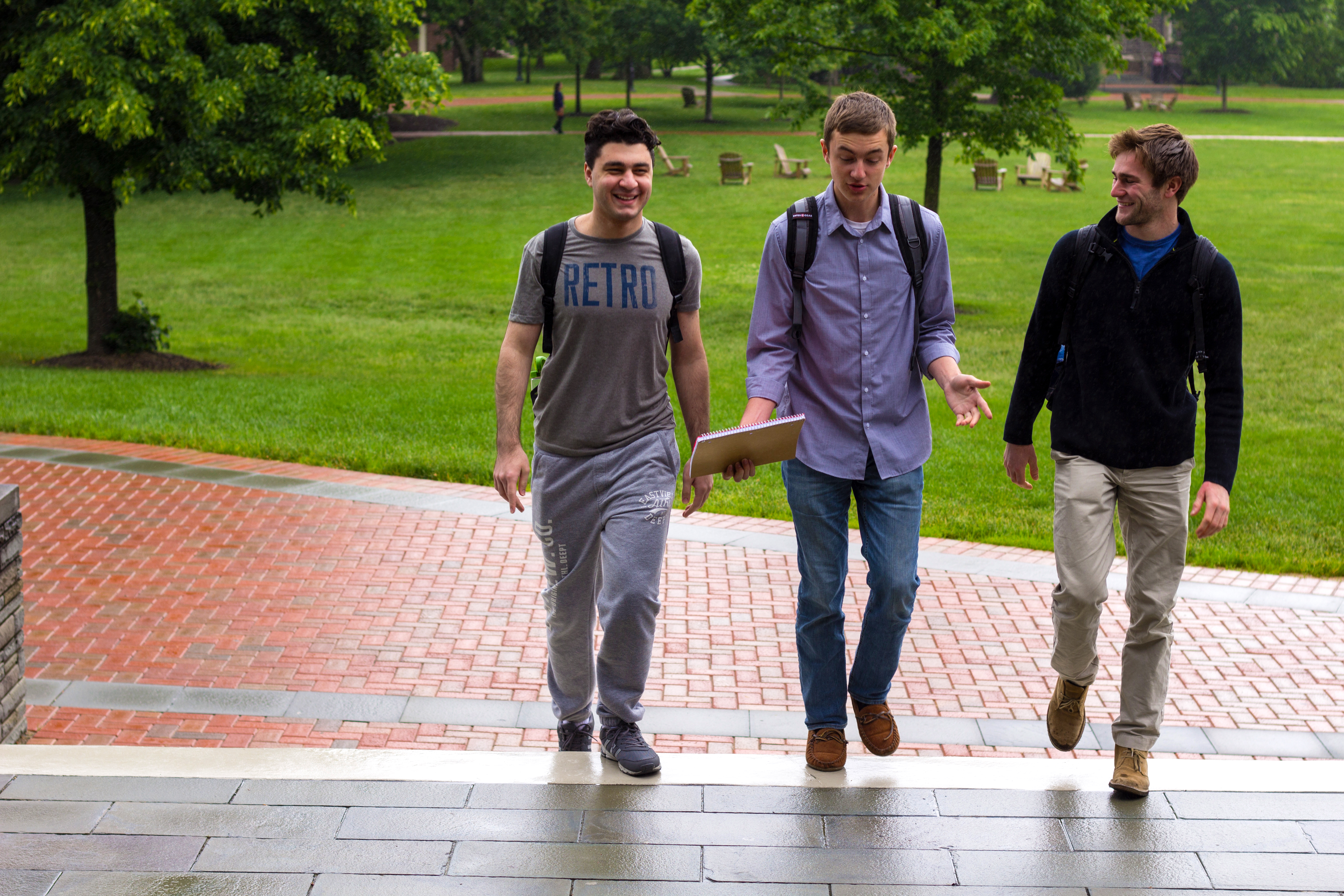 GoPeer, an online tutoring company founded by three Lafayette students, has made its way onto 53 college campuses and to 48 states in the U.S. The company, which was launched in 2017, currently serves over 5,000 users, according to GoPeer’s press kit.

With over 800 total tutors in over 70 subjects, GoPeer connects K-12 students with college students all over the East Coast at a price point of $25 per tutoring session.

Ethan Binder ‘19, CEO and co-founder of GoPeer, says that a defining moment for the creation of the company was when he saw his younger brother struggling with his college application process.

“He’s one of the hardest workers and most driven people that I know, but I was watching him really struggle to find a connection between older or professional mentors who he could work with to improve his application and his essays,” Binder said.

Binder, a Rhode Island native, says that when his brother found success after connecting with a Brown University student, he was inspired.

Binder, alongside Erik Laucks ‘20 and Zura Mestiashvili ‘20, established GoPeer in 2017 and the company has since grown immensely. In the two years since its founding, the GoPeer team has watched relationships between K-12 students and college students build.

“Just last spring we had tutors get invited to their students’ middle school and high school graduations. That just goes to show there’s an incredible relationship that’s built and that it’s not just academically focused but it’s also more about the student’s well-being as a whole,” Binder said.

This year, GoPeer has already participated in two accelerators designed to promote business growth. The first accelerator, The 2018 Impact Accelerator at the Social Enterprise Greenhouse, was in Providence, R.I., and the second was the 2018 Cohort at MassChallenge in Boston, Mass.

“Last semester in the spring, I went to Rhode Island or Boston on average three times a week, and that was a lot of travel. So I definitely was not on campus, but it was important to do that and we were able to make a lot of great connections,” Binder said of the accelerators.

According to the company’s press kit, the dense user locations for GoPeer are larger cities such as Providence, Boston, Philadelphia, New York City, and Hartford, Conn.

To become a tutor, college students must first go through a five-step process including an academic screening, an experience check, a statewide, national and federal background check, an interview and training, according to Binder.

In regards to Easton and the Lehigh Valley, Binder says that although GoPeer hasn’t been promoted in the area yet, the company has started to receive requests for tutors from parents in the area.

“We are looking for tutors who are interested,” Binder said.

According to Binder, he has turned to Lafayette alum Justin Kamine ‘11 for guidance and mentoring on a few occasions. Kamine has been highly successful in his own career as an entrepreneur, notably making the Forbes 30 Under 30 list in 2018.

“Ethan came up to me at a dinner that I was presenting at and he and I had a great conversation that night. His energy, enthusiasm and overall interest in entrepreneurship was remarkable. I remember walking away and thinking to myself that he is wise beyond his years and that I wanted to do anything I could to help. I also loved the honorable mission that GoPeer is focused on,” Kamine said in an email.

In terms of post-graduation plans, Binder said that he and his team will continue to work on growing GoPeer.

“It takes all of us and we’ve said it from the beginning that we couldn’t do this without the tutors and we really look at it as we’re all one team,” Binder said.