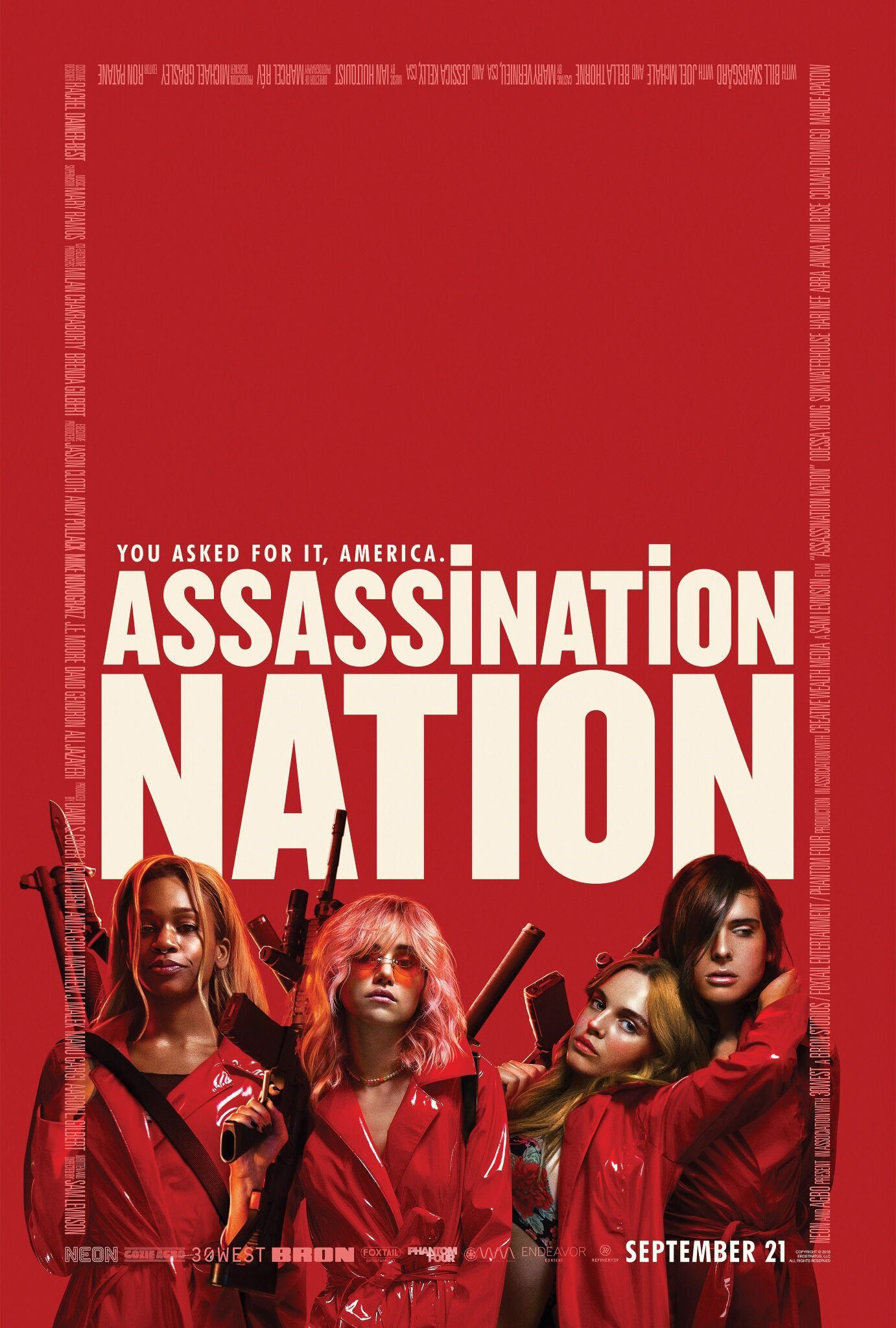 “Assassination Nation” is a classic case of poor marketing.

The film, directed by Sam Levinson, stars Odessa Young, Hari Nef, Suki Waterhouse and Abra. “Assassination Nation” is pitched as a modern retelling of the Salem Witch Trials, which was a period of mass hysteria when women and girls were executed on charges of witchcraft in 1692 in Salem, Mass.

This movie, however, is not a retelling of the Salem Witch Trials. It’s a witch hunt like the Red Scare was, but “Assassination Nation” is more a commentary on our dependency on social media.

For a film pitched to be a violent thriller, “Assassination Nation” is slower than a snail. You spend the entire movie watching the build-up to a pay off that barely lasts the third act. Scenes linger for unnecessary long lengths in an effort to be experimental. However, in their attempt to be different, they lose their audience.

“Assassination Nation” isn’t completely a mess, though. At its center are the performances from four fantastic rising stars. Each one stands out in their hyper-realistic portrayal of youth. They have great chemistry with each other and make this movie watchable.

If you’ve watched any of the trailers, “Assassination Nation” definitely has a message to tell. At times, however, the message it’s trying to get across is aggressively in the audience’s face to the point that it becomes tiresome. The rest of the time it’s trying to hint at so many messages that it cannot seem to figure out what it’s actually trying to say.

While the messages “Assassination Nation” is trying to tell are important, like social responsibility and the dangers of hate, it tries to tell you even more on top on that. It has no real idea of what it’s trying to say. It runs at a snails pace until the third act, which itself feels like a completely different, and much more enjoyable movie.

If it wasn’t for the fantastic performances of its leads, “Assassination Nation” would be a piece of hot garbage.