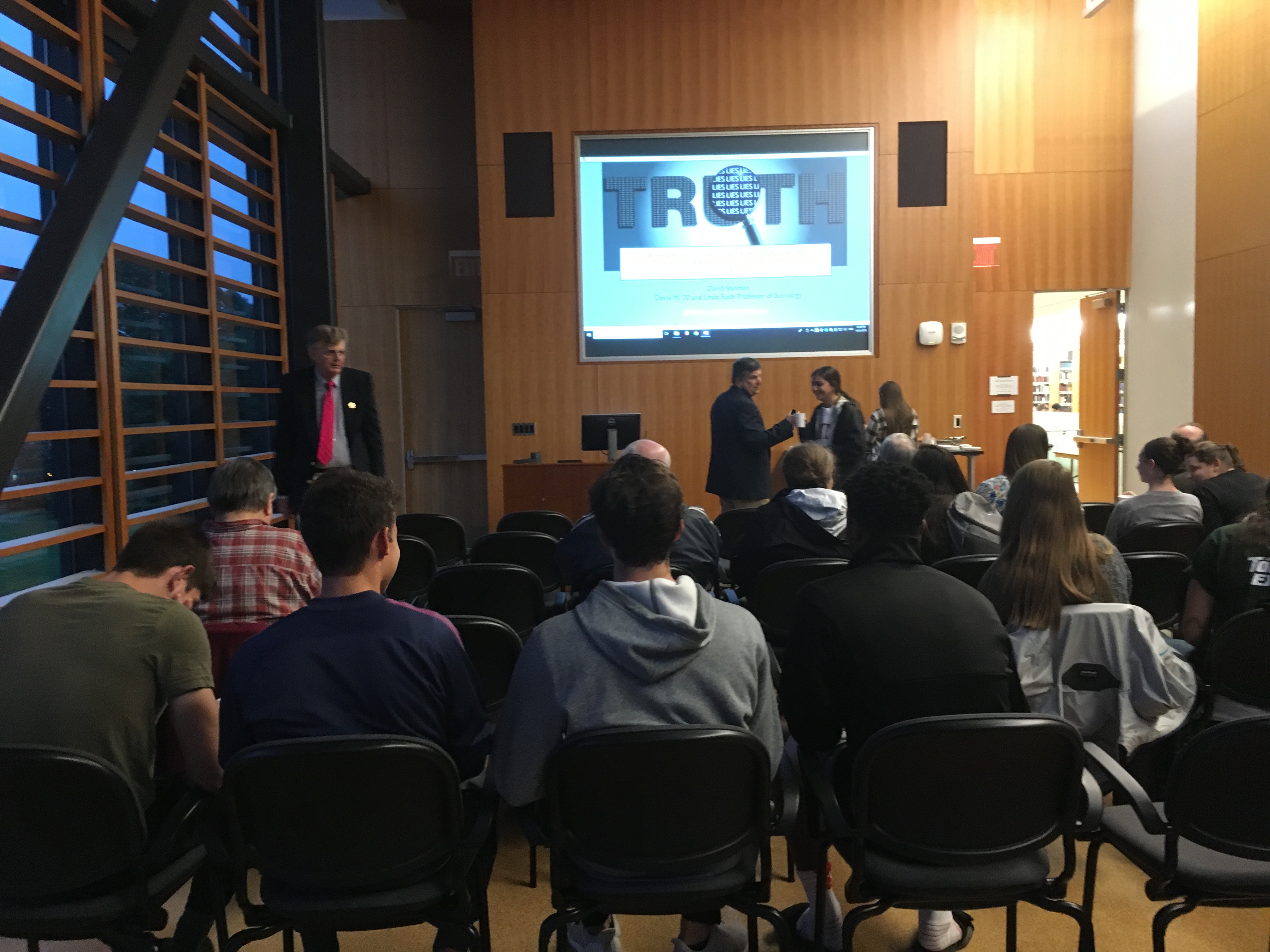 From white lies to outright deception, anthropology and sociology professor David Shulman believes that people can detect when they are being lied to. However, Shulman thinks that those being lied to do not always choose to address the truth, which he spoke about earlier this week in Skillman Library.

On Tuesday, a crowd gathered to hear Shulman present on his research on human vulnerability to deception that often occurs in close relationships. Throughout his presentation, he discussed the different situations in which people realize they are being lied to and choose not to acknowledge it. Shulman noted that in particular, this phenomenon occurs in a workplace setting or within a family.

In the workplace, Shulman discussed power inequalities that cause insubordinate employees to willingly accept a lie in order to get ahead in their career. He said that employees will often tell their boss what they want to hear, leading to a series of white lies.

According to Shulman, people may also leave deceptions unchallenged in familial settings. Parents may be blind to lies their children are telling them, or they may simply not want to acknowledge the issues in order to maintain an image of normalcy to those outside their family.

Shulman’s presentation was the 2018 Annual Erol Ulucakili Lecture, in honor of Lafayette College engineering professor Erol Ulucakili, who passed away in 2016.

According to John Becica ‘69, Ulucakili organized the lecture series, and when he passed away, it was decided that the series would be named after him. This lecture from Shulman was the third in the series so far.

Becica said that when the board decides on speakers, it often considers professors who have recently published as well as other lecturers known by professors.

“That’s why Errol was so wonderful, because he knew everybody,” Becica said. “We are hoping to get another professor on our board…to fill that function.”

Shulman has published several books surrounding the topics of deception and social interactions including “Self and Society: A Symbolic Interactionist Social Psychology” in 2010 and “From Hire to Liar: The Role of Deception in the Workplace” in 2007.

Shulman said that from his research, he believes that people are better at detecting lies than many realize. While difficult to prove, he said, people can usually detect when others are lying. The irony of the issue, Shulman added, is that people often avoid confronting lies for the same reasons that people lie in the first place—to avoid the potential social ramifications of honesty.

Another irony Shulman discussed is the distrust present in personal relationships despite the intuition that trust outcomes should be better among people who are more familiar with each other.

One audience member asked about the naivety of people who assume the best in others. Shulman responded that complex situations, however, do not always affect people in the same way.

Shulman was also asked about how trust relations differ in cross-cultural studies. He responded by saying that lying is likely to differ in amounts and contexts cross-culturally but that he thinks lying exists everywhere as a universal culture. Having grown up in Mexico, Shulman commented on the similarities and differences he has noticed.

Correction  (10/01/18): This article originally incorrectly stated that Professor Shulman said that lying to those you are close to is more prevalent in Mexico, where he grew up. Although he did reference his childhood in Mexico, Shulman actually responded by saying that lying differs cross-culturally but that he believes it exists everywhere as a universal culture. We thank Professor Shulman for bringing this to our attention.