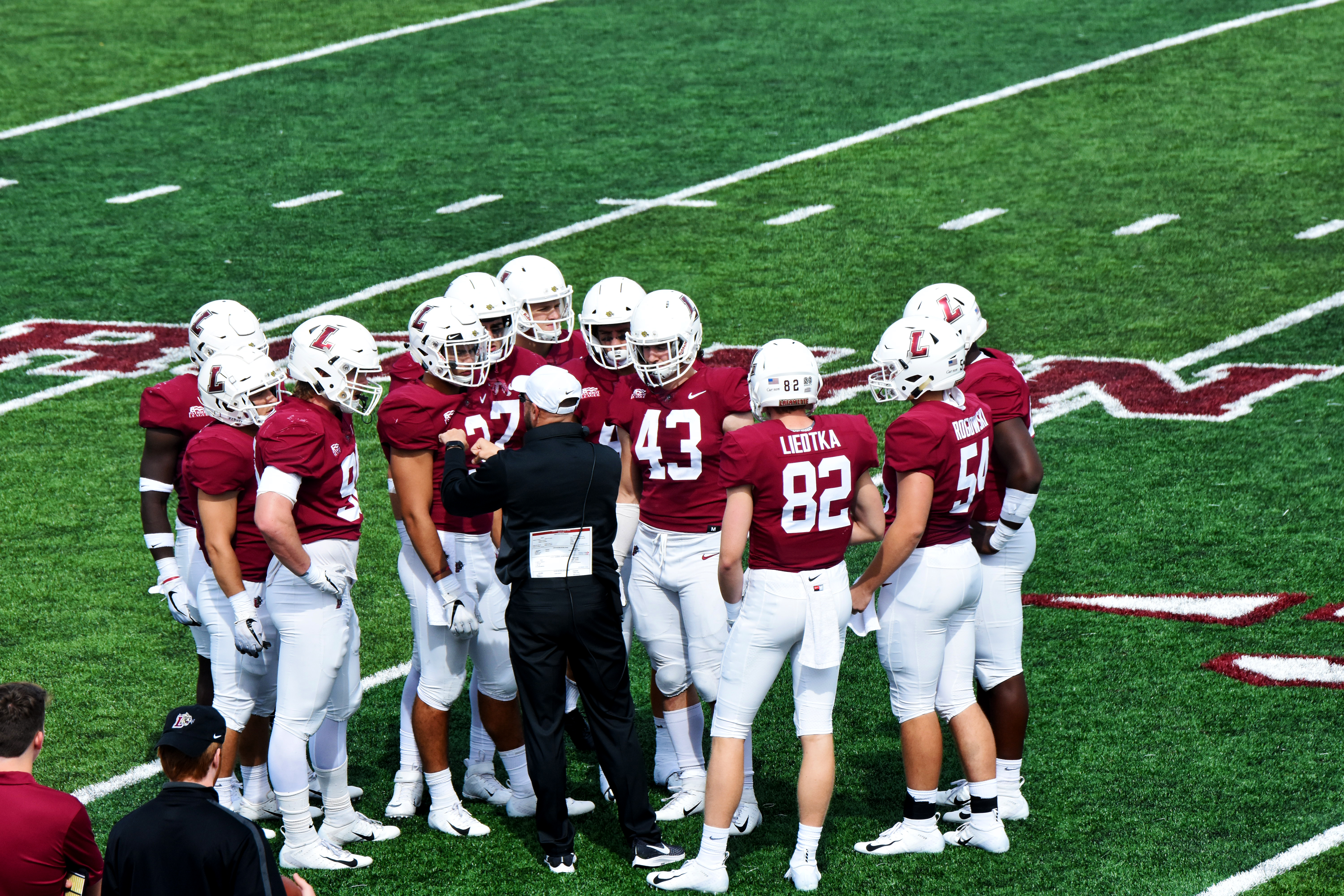 The Leopards had no response for the Raiders, surrendering 45 points in a blowout loss. (Photo Courtesy of Athletic Communications)

In the Leopards’ Patriot League opener, they were decisively defeated by Colgate 45-0 on Saturday, Sept. 22. By halftime, Colgate was leading the Leopards 36-0, out-possessing Lafayette 37:15 to 22:45 in the entire game.

It was a miserable start to the game, as the Leopards failed to ever make a competitive push. After an 86-yard Colgate drive and a Lafayette three-and-out, senior punter Jacob Bissell took a low snap, which led to a turnover on the Lafayette 11-yard line. Colgate punched the ball into the end zone to make it a quick 15-0 deficit for the Leopards.

Lafayette finally got the offense moving, until a crucial mishap by sophomore quarterback Sean O’Malley.

“We drive down there and we’re on the four-yard line, it’s second down, and Sean’s going to run it in on a QB sneak,” head coach John Garrett said. “It’s wide open, nobody is going to touch him, and he drops the ball. So now it’s third and eight, and then their guy makes the Hercules interception in the corner of the end zone. So instead of being 15-7, where we would have been back in the game, now they go back down and score, and then it’s [22-0].”

The game continued to spiral out of control for the Leopards until the defense finally found a way to stop some of the bleeding in the second half.

“Coaches look at it differently,” Garrett said. “We just don’t look at the score and say ‘Oh boy they got beat bad by Colgate.’ We look at the game, look at the situations, and know the plays that hinge it, and know the ones that they capitalized on. So too many ‘ifs’ and ‘buts.’ We just needed to be better with the ball.”

One of the positives from the Leopards’ loss to Colgate was the return of senior offensive Lineman Kevin Zataveski. After missing all of the 2017 season due to injury, and then getting injured again during the preseason, he finally made his way onto the field.

The team will look to rebound against Connecticut College, a home matchup at 6:00pm on Saturday, Sept. 29.