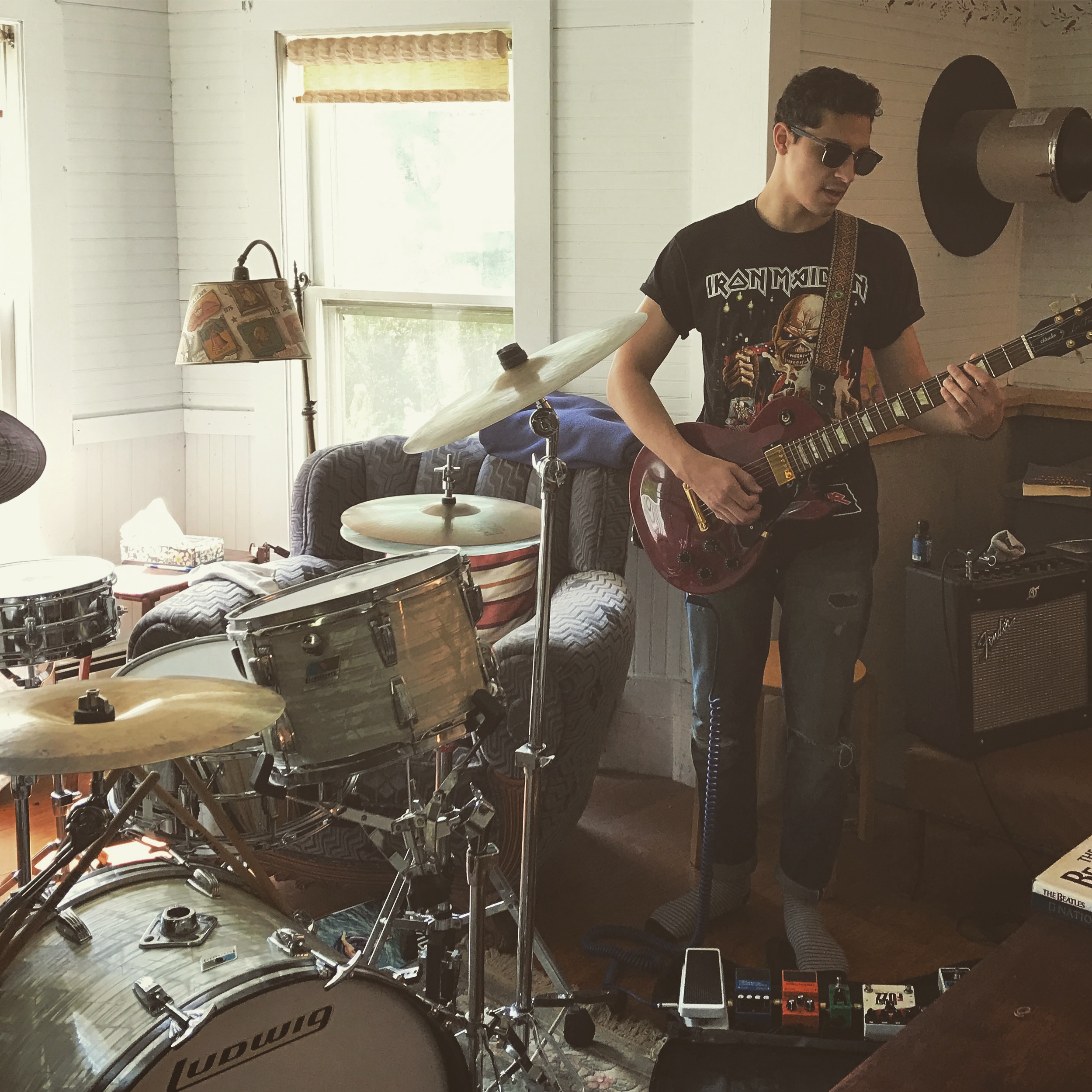 Dalapicola’s relationship with music began at the very young age of 12. (Photo courtesy of Allen Dalapicola ’19)

As eclectic as it is bold, Tim and Rosa’s new album ‘Welcome Time’ is an “ode to music itself,” a sweeping celebration of syncretism and the universal language of musical expression. Allan Dalapicola ’19, a civil engineer at Lafayette, has been speaking this language for his whole life. Dalapicola works with a company of other talented musicians and has produced a collection of songs that represent a confluence of styles and ideas and an underlying love for music in all forms.

Dalapicola’s relationship with music began at birth—his father was a bassist, and as a result, Dalapicola was surrounded by music for his entire life. His father’s passion for music transferred to him through both passion as well as pragmatism, as Dalapicola grew up surrounded not just by music, but instruments, as well.

“It’s a crazy concept, like, when do you start learning a language? When you’re born, you are listening to the language. Music is the same way,” Dalapicola said, “you start playing an instrument when your arms are long enough.”

Dalapicola’s career as a musician, however, began tentatively at age twelve. His father recorded and played the bass for an original song written by Dalapicola. This first attempt, in Dalapicola’s words, was not very good.

“Just imagine a song recorded by a twelve year old,” he said, laughing.

“This was when I learned the most valuable lesson from my dad,” Dalapicola added. “It’s easy to write a song—it’s hard to write a good song.”

Since their first recording, both he and his music have changed and matured significantly. At his high school in New York City, Dalapicola and Phoenix Cantor, now the producer, drummer and co-writer for Tim & Rosa, started what Dalapicola described as a “post-punk, grungy, classic high school band.” While ‘Welcome Time’ does not necessarily reflect these stylistic origins, the relationship between Dalapicola and Cantor that developed during this time is a crucial aspect of their music.

“The connection that me and Phoenix have, when we’d go upstate and just jam, and songs come up, and we’re not speaking but we know when to get louder, that’s the connection—it’s so human, so organic,” Dalapicola said.

One theme that carries throughout the album is freedom—freedom of style, freedom of expression and freedom from the burden of outside opinion. Many of the songs started out as jam sessions between Cantor and Dalapicola and evolved into the tracks that make up the album.

“We would go out in the middle of the forest in upstate New York at two in the morning, write a song, jam, go to bed, wake up and jam some more. At the end of the weekend we’d have like three songs to work on and put in the album,” Dalapicola said. “We wrote the songs and then invited all the other musicians and tried to give them as much freedom as possible. All of them got at least one solo.”

“Everyone came through. We didn’t expect to have a…one minute sax solo. It was just so ‘in the moment,’” he added.

From the improvised solos to the Lou Reed references, the organic nature of the album genuinely reflects the distinctly, uniquely beautiful relationship between mankind and music. Even the album artwork, done by Rachel Harrington, a former Lafayette student, depicts a famous scene from the ceiling of the Sistine chapel: God’s empyrean hand reaching down toward Adam’s, perhaps an illustration of how divinity touches human lives through music. This raw expression, preached by Lou Reed and countless musicians besides, has been a major lesson for Dalapicola in his musical career.

“I think as we grow up, we naturally start caring less about opinions and we just focus on finding the truth within ourselves,” Dalapicola said, “I think that our music has matured as we’ve become less afraid to try what’s unusual and to truly be ourselves when we write and play.”

“Instead of playing just like our idols or influences we use those influences to express our own original playing. We’re not all the way there yet, but I think that’s why we feel more comfortable with this music, it’s a little more our own.”