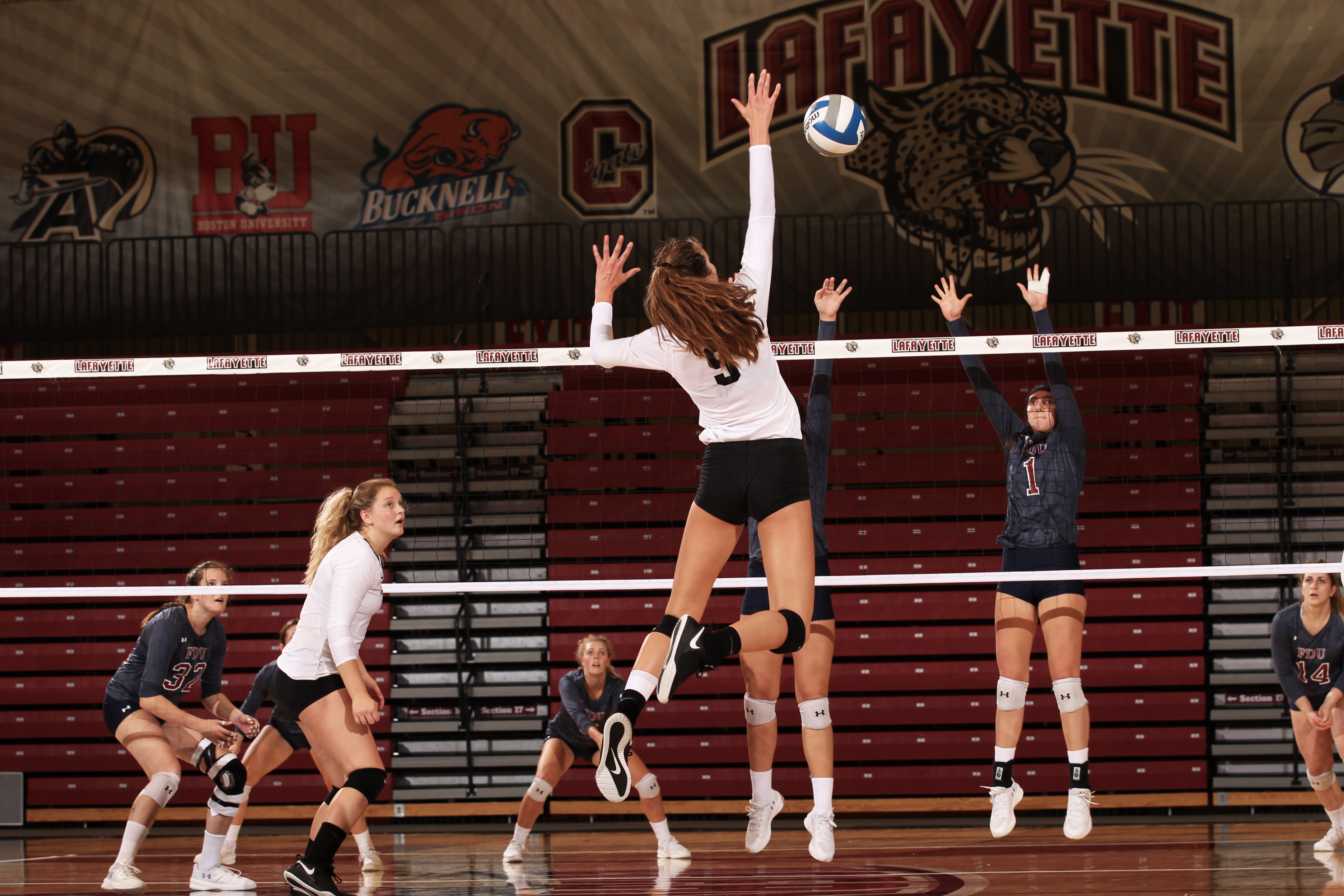 Junior outside hitter Grace Tulevech said that, despite her TikTok fame, she’s “just like a normal person.” (Photo courtesy of Athletic Communications)

The Lafayette women’s volleyball team had themselves an exciting weekend as they dominated the Lafayette Invite in Kirby Sports Center on Friday, Sept. 14, and Saturday, Sept. 15. The Maroon and White beat Hartford 3-1 and kept the stamina going against Fairleigh Dickinson, whom they shut out 3-0. This is the first time the Leopards have gone undefeated since three consecutive invite wins in 2015. These three wins bring the team to 5-7 on the season after a tough winless tournament at Dartmouth.

“This was a great weekend for Lafayette College volleyball,” junior captain and outside hitter Katrina Ruggiero said. “Each player played to her strengths, creating our success as a unit. Our ability to remain consistent and maintain high energy were important aspects of our wins.”

Other standout players include sophomore libero Audrey Mangum who served to get the Leopards a 11-0 run in the victory over Fairleigh Dickinson, and junior captain and outside hitter Sonia Musso, who hit .500 in the victory over Hartford. The impressive performances continued as freshman middle blocker Kelly Austin and sophomore setter Jenna Bailey were both given all-tournament team honors.

“As the season continues, it has been awesome to see our team develop,” Ruggiero said. “With so many new players, it can be hard to mesh, but we have done a great job coming together as a team.”

The Leopards are now entering Patriot League play, with a 5-7 record and having won nine out of their last 11 sets played.

“I am so excited to see how our team will tackle Patriot league play,” Ruggiero said. “We have a lot of talented players who compete to become better each day. Looking forward, I think we will surprise a lot of people this year.”

They will host defending champion American on Friday, September 21 at 7pm in Kirby Sports Center. This will be followed by games against Loyola on September 22 and Colgate on September 28.