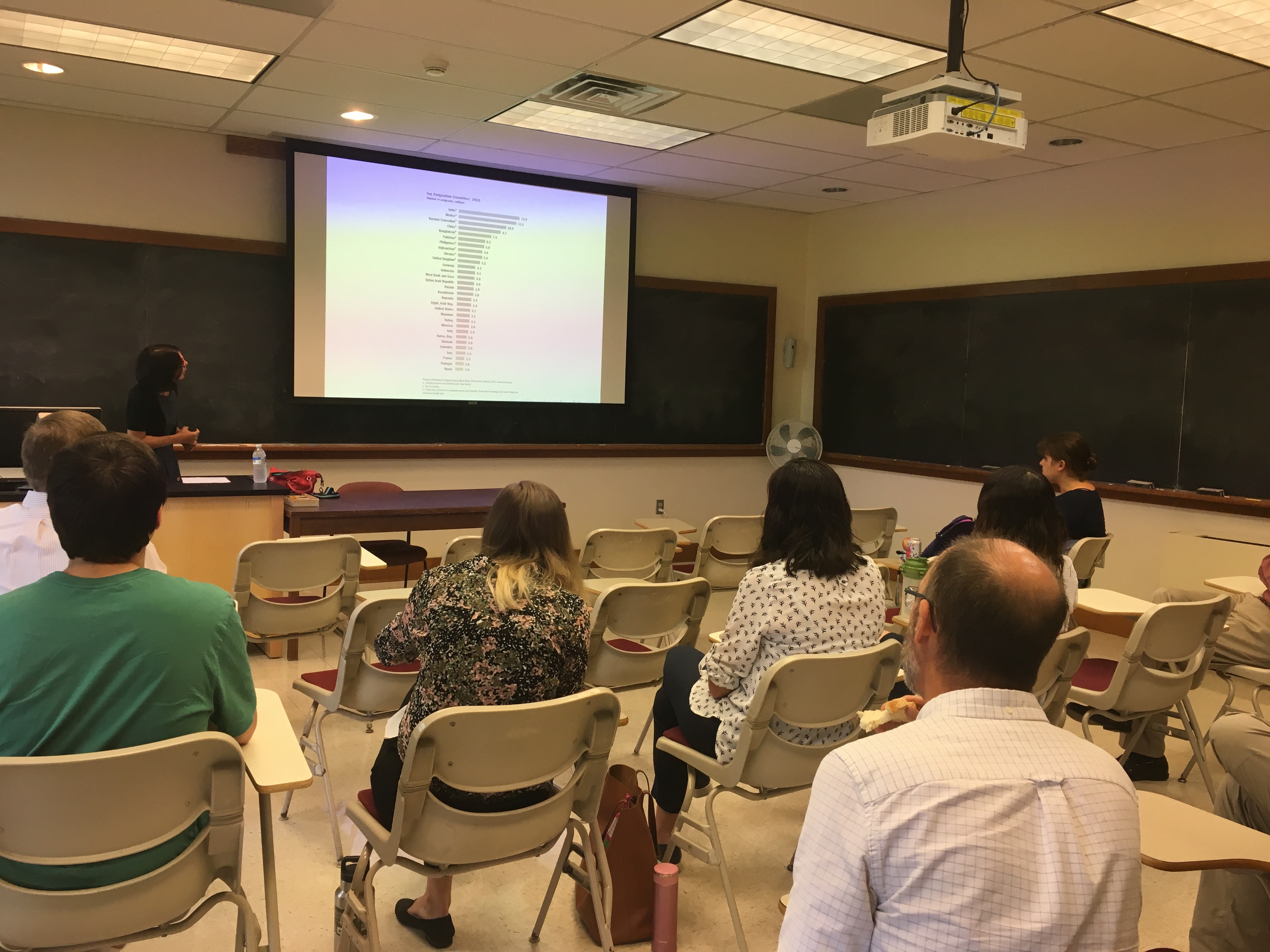 While migration from Mexico into the United States and the affect on the American job market is regularly discussed, and regularly in the news cycle, Dr. Sarah Pearlman has been looking into the effects of migration patterns in the opposite direction.

This past Monday, the Economics Department welcomed Pearlman, who teaches courses on econometrics and Latin American economic development at Vassar College, to present her research and findings on reversed migration trends and local labor markets in Mexico.

Pearlman spent much of the presentation explaining the effects of the decline in Mexican net migration on labor markets in Mexico. Using statistics from the Encuesta Nacional de Ocupación y Empleo (ENOE) in Mexico, which surveys the employment rates of its citizens, she discussed the meaning of labor force factors such as gender, education level, and location.

Primarily, Pearlman said that the decline in migration has reduced employment for lower-skilled men, while it has increased wages for high-skilled men and women. Additionally, she discussed a decline in self-employment for men, meaning that more men are working for informal markets.

While migration declines, more women have been employed in the workforce, which fits in with the idea that more household members have had to contribute to the family finances.

The audience, compromised of many Lafayette economics faculty and staff as well as interested students, asked several questions about types of formal and informal job positions, inflation rates in Mexico, and the reliability of the statistics used.

After the lecture, economics professor Chris Roebuck said that while Lafayette has similar seminars every week, the college doesn’t often receive visitors from people such as Pearlman.

“To see folks doing something like that is very valuable,” Professor Roback said.