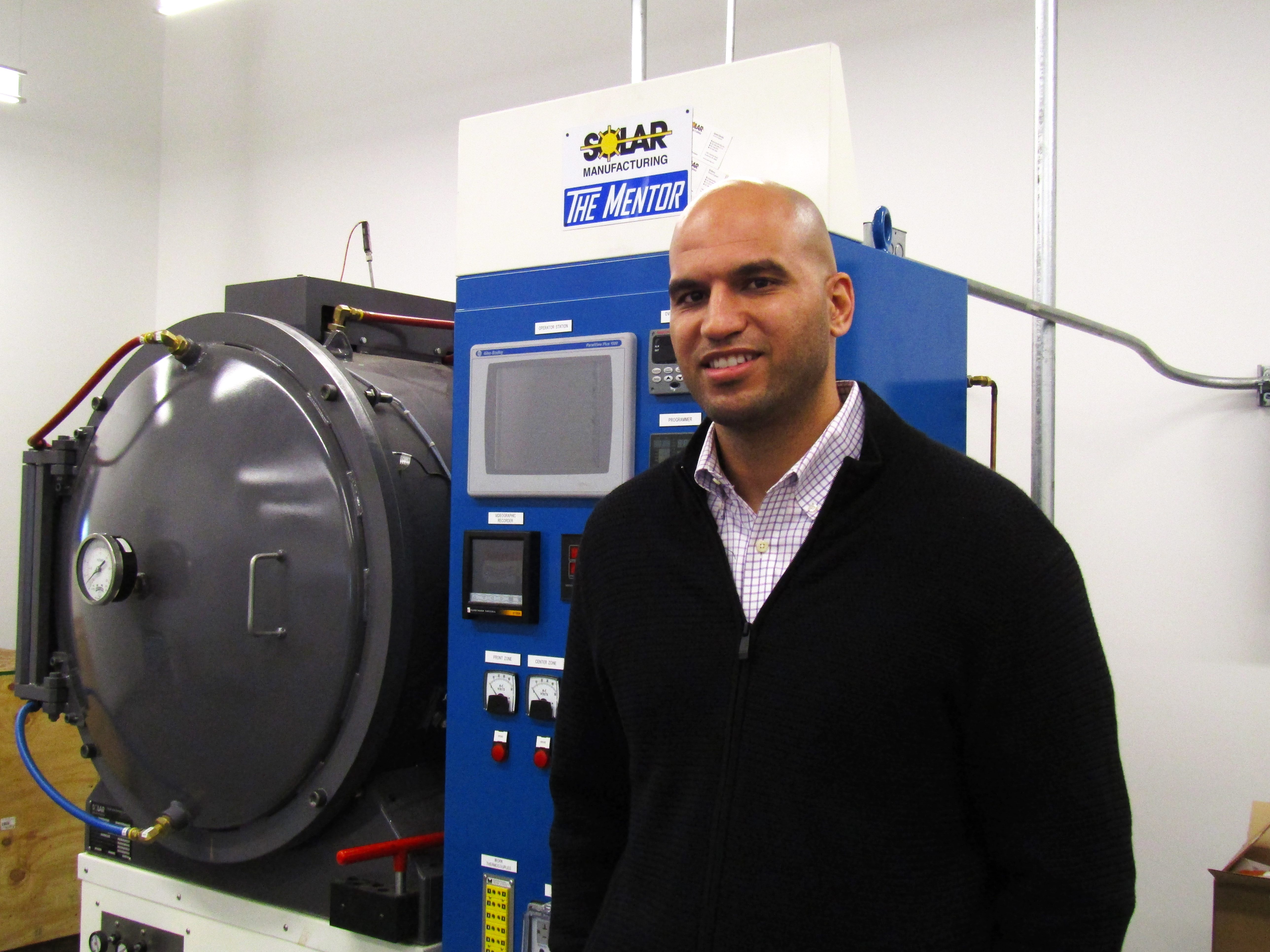 Yusuf Dahl took on the role of the director of the IDEAL Center this fall. (Photo by Irwin Frimpong ’21)

Over the past several years, Lafayette has made an effort to create a program that works exclusively to develop student’s entrepreneurial passions and skills through the creation of the Dyer Center for Innovation and Entrepreneurship.

A year under director Yusuf Dahl’s leadership, the Dyer Center recently changed it’s name from the IDEAL Center as a result of the generosity of donor Bradbury Dyer III ’64. It is currently located on the first floor of Hogg Hall, but will be moved to a more permanent location in the Rockwell Integrated Science Center upon its completion in 2019.

Dahl said the chief aim of the Dyer Center is to “foster and sustain a culture of innovation/entrepreneurship” among students.

The Dyer Center doesn’t provide students with immediate access to Lafayette faculty. Rather, they work to connect students with Lafayette alumni and faculty with experience in the fields they are interested in.

Dahl said another important aspect of the Dyer Center is that it created to be interdisciplinary and accessible to students of all majors and interests.

“We do not believe that innovation or entrepreneurship is endemic to a particular discipline, but rather is the domain for all who are deeply committed to solving problems,” Dahl said.

In 2017, The Dyer Center had seven leadership dinners, four workshops, two entrepreneurial competitions, 11 lectures, one “hackathon” and 1,377 participants between all these programs. Among these participants are the Dyer Center’s Student Fellows.

These students are chosen to be Student Fellows as a result of their displayed passion for innovation and entrepreneurship, Dahl said.

One such Student Fellow is Aleksandar Homsi ’18 who has been working with the Dyer Center since its inception last fall semester.

“As a student involved with the Dyer Center, I am exposed to programming that involved industry leaders, workshops that are tailored to student entrepreneurs and innovators, as well as opportunities to meet notable speakers that come to campus,” Homsi said.

Fellows are also responsible for working with Dahl to contribute to events and programming at the Dyer Center.

In one such event, students competed to win $3,500 dollars in a business plan competition. The winners, Wassim Gharbi ’19, Zurabi Mestiashvili ’20, and Erik Laucks ’20, later represented the college at a regional event.

Other notable events the Dyer Center has sponsored include the President and CEO of Levi Strauss Charles Bergh ’79, Vice-President of Crayola Global Operations Peter Ruggiero and Vice-President of ExxonMobil Research and Engineering Vijay Swarup.

These events, and the qualities the Dyer Center aims to foster at Lafayette, is what Dahl said will continue to set Lafayette apart from other similar colleges.

“I would argue it is one of our distinctive competitive advantages that separates us from other selective liberal arts schools,” Dahl said.