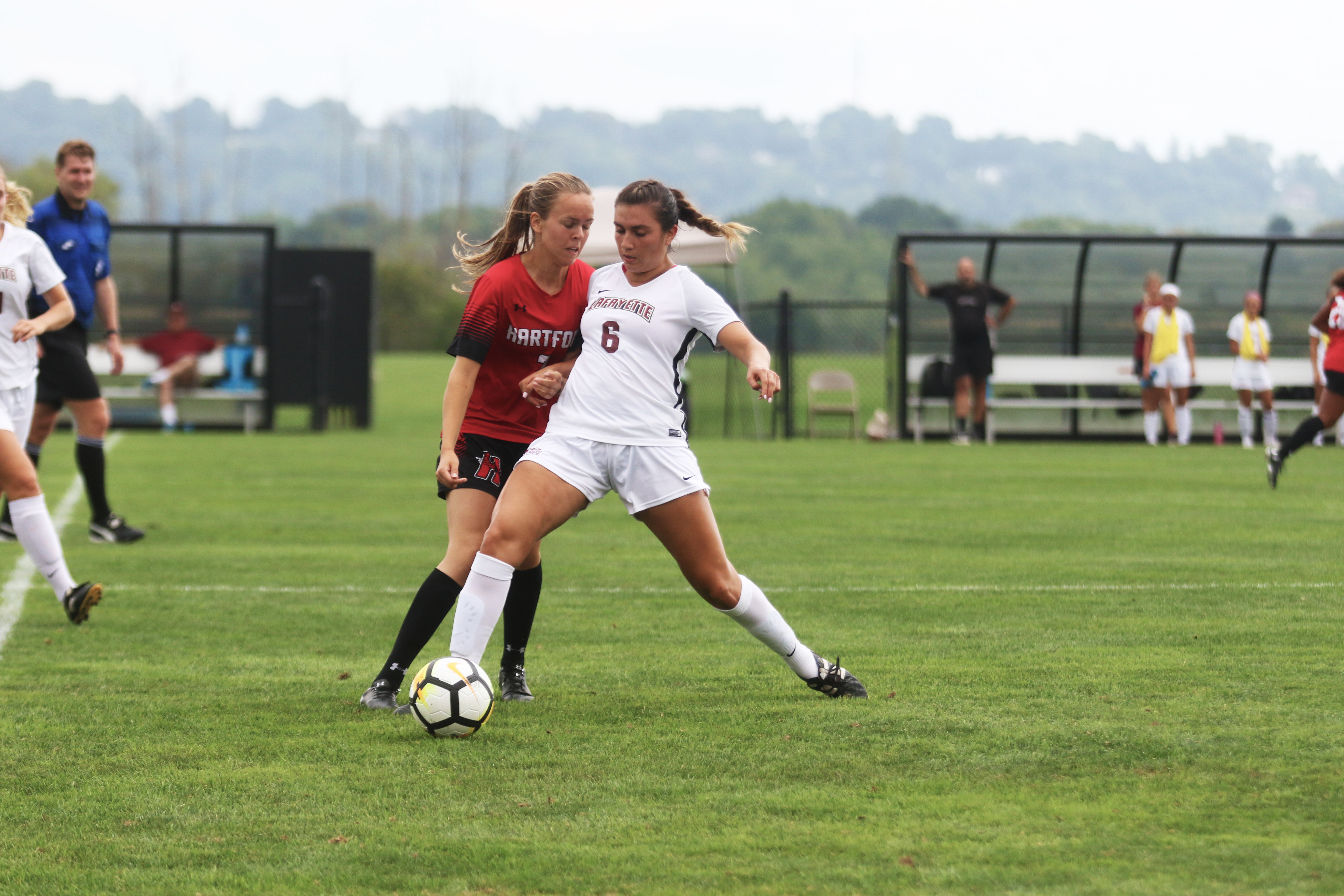 The Lafayette women’s soccer team captured a 2-0 victory against Bucknell University, last year’s Patriot League champions, last Saturday. This was the Leopards first action of the season in Patriot League play, looking to advance to the Patriot League Tournament for the third consecutive year. The team has had a roller coaster start to the season, winning their first three games, then losing four in a row where they did not find the back of the net once, and now this momentum-swinging Patriot League win.

The team’s first goal against Bucknell came off of the foot of junior midfielder Alli Munro.

“Before the game, our [head coach Mick Statham] explained our game-plan, where he said that after we watched film of Bucknell’s previous games, there was a lot of space in front and behind their back lines,” Munro said. “We had to find those lines, break through [them], and that is where our success would come from.”

In the 30th minute, Munro broke through that line.

“I saw that their right back was pushing up and central, so there was a lot of space behind them,” she said. “Then when our [freshman] midfielder Sophia [Hudson] got the ball, I made a run diagonally behind their back line and she played a really good ball. I had all this space in front of me, but my first touch still had to be good.”

Munro broke the back line before kicking a goal through the opposing goalkeeper’s legs.

The Leopards extended their 1-0 lead in the 87th minute, when freshman forward Katie Butler scored her first career goal. Sophomore goalkeeper Maggie Pohl earned her fourth shutout of the season.

“We are three points up, which is not where we were last year,” Munro said. “It’s definitely a good way to start the Patriot League season, especially since Bucknell won the entire thing last year. Beating them is going to give us some momentum going into the game this weekend.”

Next up for the Leopards is Saturday, Sept. 22 at 3 p.m., Lafayette will host Holy Cross, who lost their first game in Patriot League play.