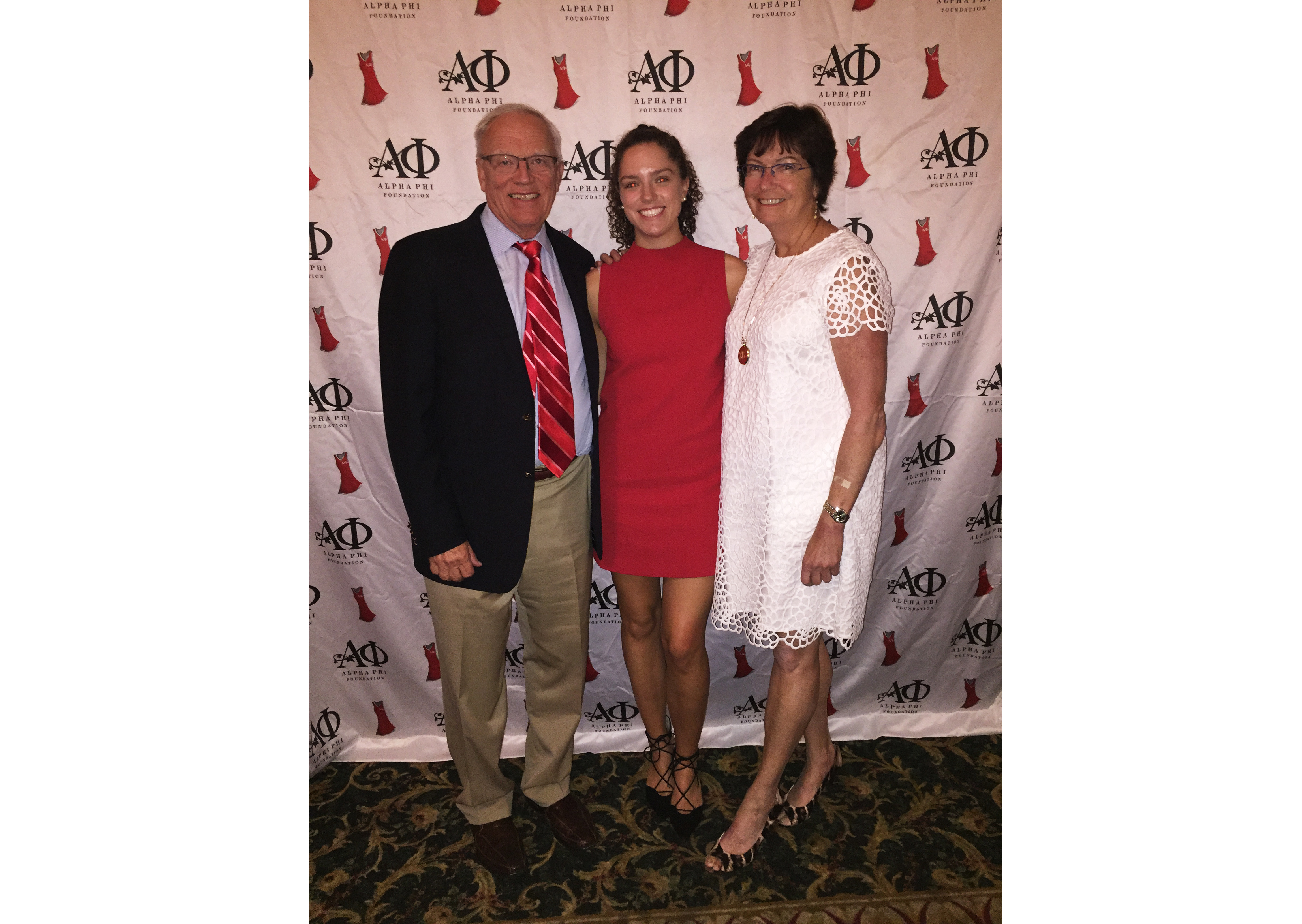 Arthur Conway ’68 remains an important part of the Lafayette community through his legacy of giving. (Photo courtesy of Kathleen Conway)

An avid Lafayette football fan and a loving father, Arthur Conway ’68 was a generous donor to the college, not for his ego, but for the betterment of campus. Now, after his passing, the legacy of Arthur Conway ’68 will live on at Lafayette in the form of the residence hall and the plaza that bear his name, showing the lasting impact he had on the college. His daughter, Kathleen Conway ’19, conveys the lasting impact the college had on Arthur.

The Lafayette-Lehigh football rivalry game “was his favorite sporting event EVER. He loved it more than the Masters or any sailing race which also meant a lot to him,” Kathleen wrote in an email. As a result of her father’s love for the rivalry, the family attended every Lafayette-Lehigh game, and Kathleen said she continues to watch them to this day.

Through both the game and Arthur’s constant generosity and commitment to the college, Kathleen said Lafayette has always felt like home for her, and she is proud to continue his legacy here.

“I had a Lafayette onesie when I was little and constantly sported a Lafayette sweatshirt or rain jacket with my sister…I was so incredibly proud to continue his legacy at Lafayette. I know it meant the world to him and I’m glad I can carry that same pride every day on campus,” Kathleen wrote.

As previous Lafayette President Arthur Rothkopf said in the 1999 dedication of the Conway House, Arthur was “always willing to step forward to help the College.”

Arthur passed away Sept. 16, leaving behind a strong legacy and pride for the college.

“[Arthur] and his late brother Bill, were significant supporters to the residence life program and collectively invested in the college’s previous campaign with a gift to name Conway House. Beyond residence life, [Arthur] made gifts to the Arts, Athletics, Unrestricted Annual Fund, and the Quad renovation,” Assistant Vice President of Development Adam Stauffer, who had worked closely with Arthur the past several years, wrote in an email.

The Conway House still holds a plaque honoring the $1 million donation from Arthur and Bill Conway ’70, and the renovated quad is home to the “Conway Plaza” outside of Pardee Hall. While these are the two most notable, physical impacts of Arthur’s generosity throughout the years, his legacy extends far beyond them.

“He looked at the college, not only as an alumnus but as a parent, advocate and deeply cared about the direction of the college. He was certainly passionate and had his opinions, but I always felt that his goal was to make Lafayette College the best institution possible,” Stauffer added.

Arthur graduated with a Bachelor of Science in Mathematics, and went on to earn his MBA at Columbia University. He and his brother Bill then became co-chief executives of DialAmerica Marketing, Inc., one of the nation’s largest telemarketing service organizations, where Arthur worked for the last 42 years.

At Lafayette, Arthur was a member of the Phi Kappa Psi Fraternity, and was also active in intramural sports, Kathleen said.

“During both of our freshman years we lived in South College room 326 which is one of our proudest things with Lafayette,” she added.

A brother of Phi Kappa Psi, Arthur was also a member of the Marquis Society, an inaugural member of the Fleck Consistent Giving Society and a member of Society d’Honneur, Lafayette’s most esteemed category for lifetime support of the College, according to Stauffer. He served as a member of the President’s Advisory Board and received the George Washington Kidd, Class of 1836, Award, in 1996 which is presented to alumni who attain the highest professional distinction, according to Lafayette Special Collections.

Both Kathleen and Stauffer agree that the best way to honor Arthur’s legacy is through giving back, and maintaining the spirit of Lafayette, its rivalry and its growth.

“I think he would want people to know that he cared about people; Lafayette students, future students, faculty and staff. His philanthropy wasn’t about ego but about advancing the college and seeing that we are the best and a landing spot for some of the country’s most talented students,” Stauffer wrote.

A memorial service took place this Wednesday, at Arthur’s church Most Blessed Sacrament R.C., in Franklin Lakes, NJ. According to Arthur’s obituary, in lieu of flowers the Conway family has requested donations be made in Arthur’s memory to Oasis Women’s Shelter.