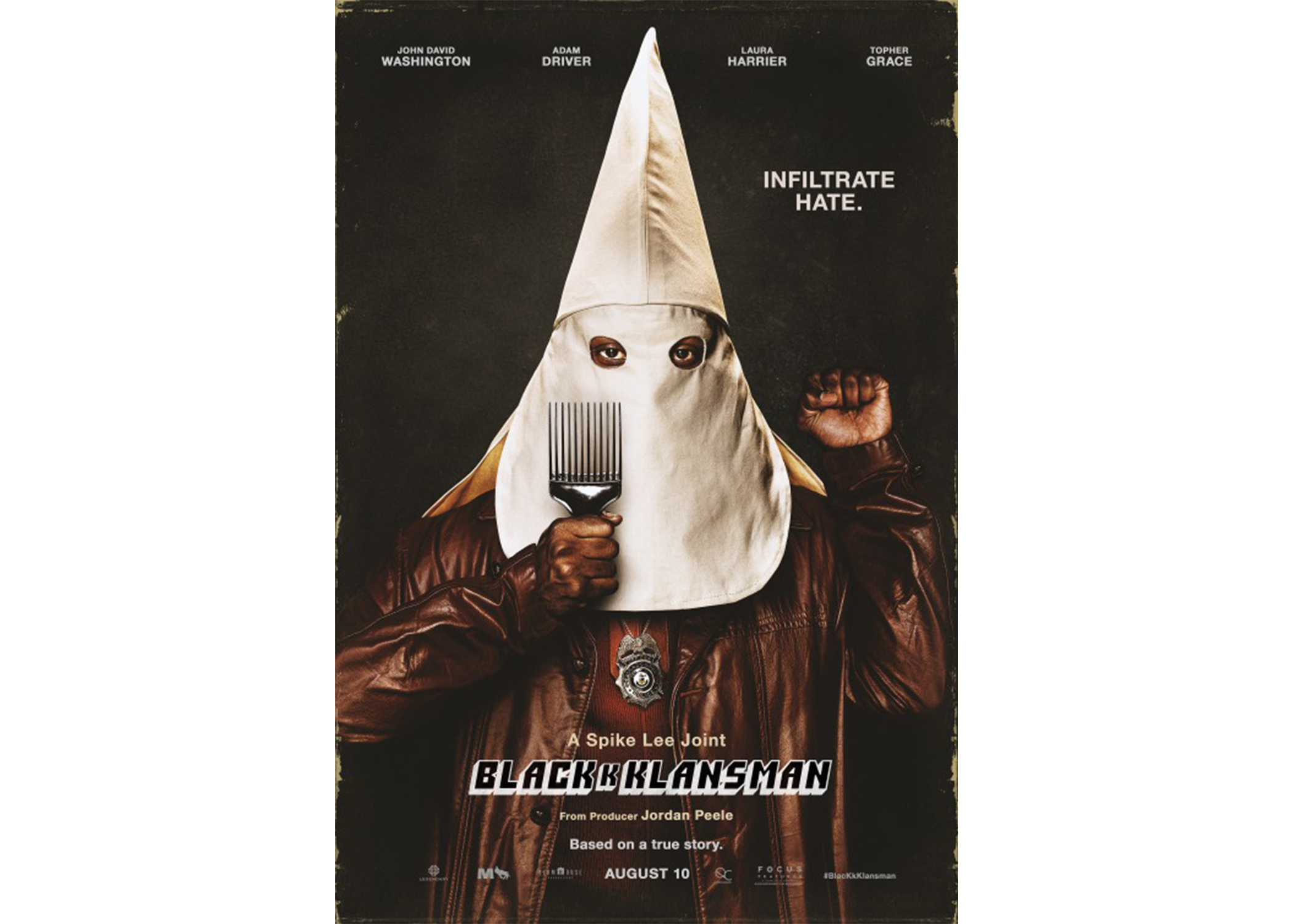 Ron Stallworth is the first African-American detective in the history of the Colorado Police Department. For his first assignment, he decides to infiltrate the local chapter of the Ku Klux Klan. He accomplishes this by posing as a white man on the phone and then having a white fellow officer play him in person.

It may sound like a hilarious premise to an action comedy, but it is actually based on a true story that occurred in 1979. Yet, watching Film Director Spike Lee’s thrilling film could not feel any more relevant to what is occurring in the nation today. The divide between citizens is getting larger with each passing moment, and Trump’s America is bringing it all to the forefront. The events on screen were groundbreaking for the time period, but it seems like no further progress has been achieved. The social climate captured on screen feels eerily similar to 2018, and it makes the film all the more powerful.

It is shocking that this story has never been exposed to a wider audience in all the years since it occurred. Ron Stallworth’s experience and triumph deserve to be told, and there is no one better to be at the helm of it all than the iconic Lee. This is the most focused a film of his has been in quite some time, as it is both charged and calculated.

The entirety of the viewing experience feels incredibly authentic to the time period, and there is always something new unfolding in the plot. Throughout there are thrilling sequences (a term filmmakers and screenwriters use to refer to a series of scenes that are usually connected either by unity of location or time) and it is due to his soundness at the helm that everything works well.

That is not to say that Lee is alone in making the film a chilling viewing experience. His cast delivers on all levels, especially John David Washington, who plays Stallworth, in the lead role. As Stallworth, he is everything one could want in a hero, as he makes it incredibly easy to root for him. Supporting him is Adam Driver, who adds yet another enigmatic performance to his collection by playing Flip Zimmerman, the cop who goes undercover.

As always, Driver does an excellent job of inhabiting the world of the story, as he disappears into the role. Laura Harrer who plays Patrice, Stallworth’s love interest, excels in bringing out the best in the story. Topher Grace also gives an intriguing portrayal of David Duke, who is known as the Grand Wizard of the Klan. Any fan of his will be glad to see the actor delivering again at an elite level.

This film could not have been released at a better time. This summer gave us three films which totally encapsulate the current state of America: Lee’s masterpiece along with the two movies that Daveed Diggs has led, (“Blindspotting” and Boots Riley’s “Sorry to Bother You”). There could not be more poignant films which are also eerily similar in their themes and critiques. All three are undeniably impressive, and it is difficult to decide which of the three is the most successful in delivering its message.

Spike Lee’s film falls in line with these other films as coming at a time when independent films are of unprecedented quality. It is worth watching for fans of action, comedy, or history, and its attachment to the current social climate makes it all the more powerful.