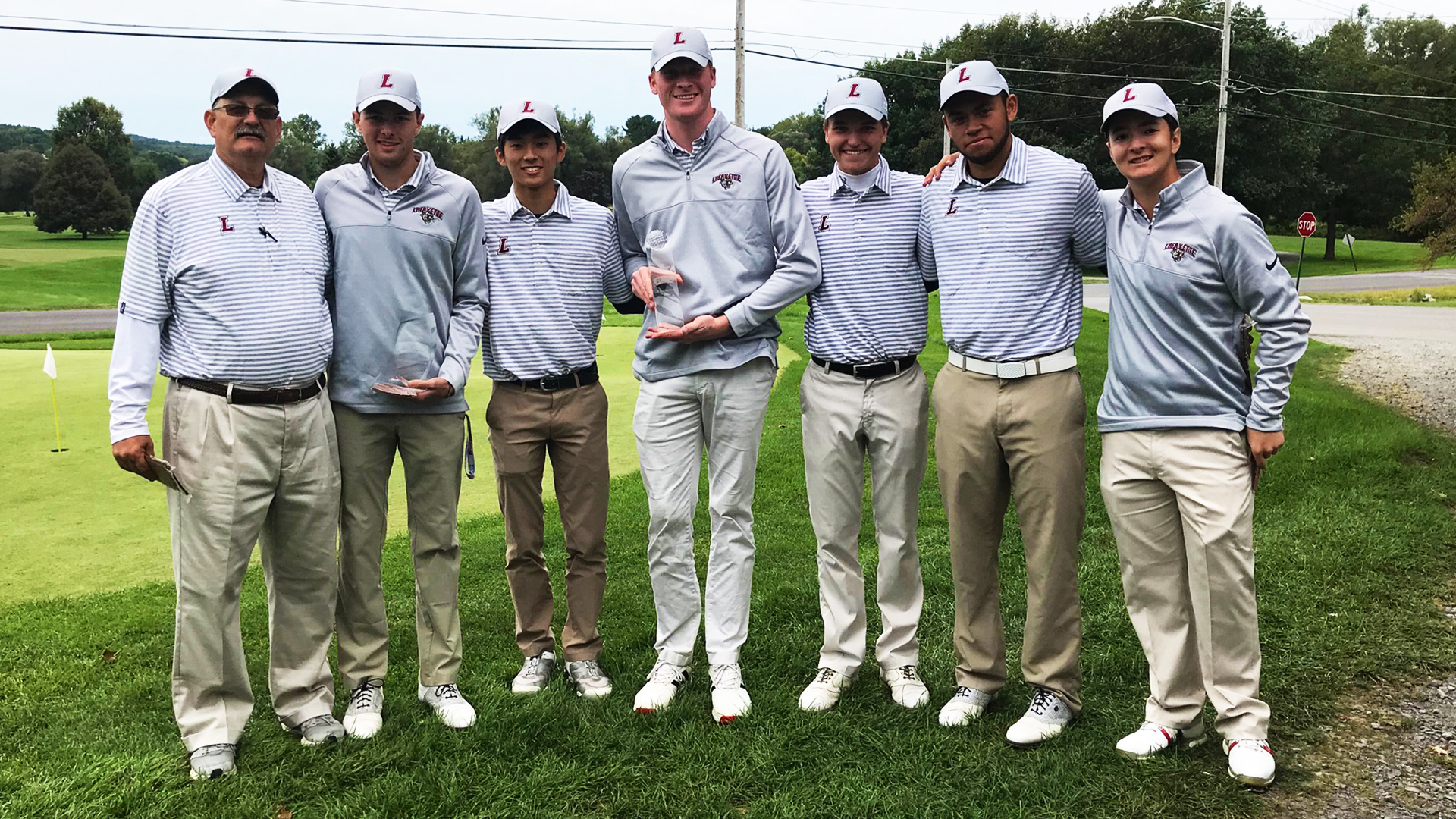 Golf started off the season with a dominant performance, winning the Alex Lagowitz Memorial Invitational. (Photo courtesy of Athletic Communications.)

The Lafayette men’s golf team won both the team and individual titles during the Alex Lagowitz Memorial Invitational Tournament on Saturday, Sept. 8 and Sunday, Sept. 9. The tournament was hosted by Colgate at the par-72 Seven Oaks Golf Club in Hamilton, NY.

The team finished with a tournament record score of +3, breaking the tournament record by five strokes. Binghamton University previously held the record with a +8 in 2003. The team held a 10 stroke lead after the first round, and then cruised to a victory, with Drexel University finishing 2nd with a score of +13.

The greatest highlight of the weekend might have been sophomore Brendan Cronin’s tournament. With a final score of -10, Cronin began with a career-best 66 in his first round. From there, Cronin went to post a 69 and 71, beating Binghamton’s Justin Lane and Cornell’s Jack Casler by nine strokes.

“I didn’t expect to individually win the tournament when I went up there,” Cronin said. “I think as a team we thought we had a shot because we have a lot of good kids on the team this year. But the feeling of winning by that many strokes and beating the tournament record is kind of surreal. I didn’t even know if I was going to play Division I golf. I was going to go to a Division III school and just hack it around, so the fact that I have come from where I was four years ago and actually won a Division I tournament is something I will never forget. It is a pretty cool feeling.”

“I have such a good relationship with [Hutnik] because he was the only Division I golf coach to give me a shot,” Cronin said. “I didn’t get any other looks from any other coaches. All the other Patriot League schools said no. It is a really cool feeling to know you had one guy that trusted you and to be able to show him it to him, after two years of golf, that you made the right choice.”

Cronin’s 66 laid the groundwork for his tournament win.

“That was a crazy round,” Cronin said. “That is my low round. I’ve shot 67, 68, 69 before, but never 66. Everything was clicking and the weird thing about all my rounds is, I get first tee and on-the-green jitters where my hands shake, but not once during the entire three rounds, even when I had the lead, did I feel that. It was pretty cool to not even be that nervous.”

The team has a weekend off, but will travel to Lorton, Virginia, where George Mason plays host at Laurel Hill GC.

“We are excited for [the Laurel Hill GC],” Cronin said. “We proved that we are one of the best teams in the Patriot League right now.”